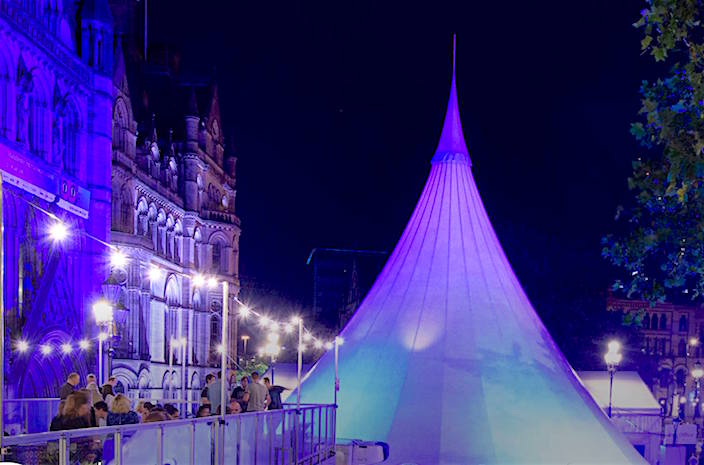 Over 30 of the world’s most extraordinary artists and more than 100 individual events will be coming to town in the summer as part of this year’s Manchester International Festival, with one of the most ambitious programmes ever.

Following a highly successful decade under the directorship of founder Alex Poots, MIF 2017 marks John McGrath’s first year as artistic director with an array of talent and innovation across art forms, and an emphasis on community and many free events.

MIF 2017’s 18 Extraordinary Days will take place at venues across the city, beginning and ending with two huge public events which celebrate creative participation like never before.

This year’s festival will push creativity to its limits with events including unique celebrations of Manchester musicians, a dance routine made up of 10,000 different gestures, a dinner party at the end of the world, theatre performances, lots of music, an opera for babies, a street poem and much more.

Albert Square will again be transformed into MIF’s Festival Square but with a new look for 2017 as two of the country’s most exciting young designers, Polama Gormley and Nicolas Menninger, will design a range of new structures from which you can enjoy free live music, artisan street food and drink, plus DJs including Dave Haslam, Hattie Pearson and Greg Thorpe.

All eyes and ears will be on Manchester when the festival opens with a public invitation to join together for What is the City But The People?’ – a ‘self-portrait’ of Manchester in which a runway will be raised high above Piccadilly Gardens to welcome a unique selection of individuals with live music from Graham Massey.

Lots of events from artists all over the world will follow including cutting edge music, theatre, dance and immersive art right up until the stunning final feature, Ceremony.

This landmark event from Turner Prize-nominated artist Phil Collins will see a massive statue of Friedrich Engels installed in the city centre. The public will be invited to be part of a unique live film which will also include performers and musicians.

Music highlights include New Order + Liam Gillick: So It Goes, with the iconic Manchester band and visual artist taking over Stage 1 of the Old Granada Studios for a series of special shows rethinking their own work, an exhibition celebrating the legacy of New Order and Joy Division entitled True Faith at Manchester Art Gallery, and performances from groups including Arcade Fire, Bonobo and Ride.

There will also be a world premiere of Music for a Busy City which will task six composers with creating immersive music for places we pass every day.

Theatre highlights include Fatherland at the Royal Exchange, a show which explores the contradictions and complexities of modern fatherhood; Returning to Reims which reflects on ideas on the new world order; and a performance at the Palace Theatre entitled Available Light which brings together a choreographer, composer and architect in a fusion of music, movement and art.

There are a number of dance features for 2017 including 10000 Gestures in which an ensemble of 25 dancers will perform 10000 different gestures in succession, every one unique, choreographed by Boris Charmatz.

Immersive art and digital installations also play a big part this year including Party Skills for the End of the World created by Nigel Barrett and Louise Mari which promises a ‘party with a difference’ where you will learn all you need to survive and relish in life after everything you take for granted has gone.

ToGather is a public event where local residents originally from places as far as Iran and Sierra Leone will trace their paths through Whitworth Park, reflected by dancers from Company Wayne McGregor and turned into a mind map. Manchester Street Poem, conceived by Karl Hyde and Rick Smith from electronic duo Underworld, will spotlight the stories of homeless people in Manchester.

We’ve just celebrated International Women’s Day and coming to the city as part of MIF is the world premiere of a brand new art experiment which asks What if Women Ruled the World?

Cotton Panic! is a show with a dramatic soundtrack, industrial noise and electronic soundscapes which tells the story of the 1860s cotton famine and features Stephen Mallinder of Cabaret Voltaire.

Over the past 10 years, MIF has created projects which have travelled to more than 20 countries around the world. 2017 is set to spark even more excitement and there are so many ways you can get involved. With the Festival in My House initiative you can even launch your own micro-festival at home!