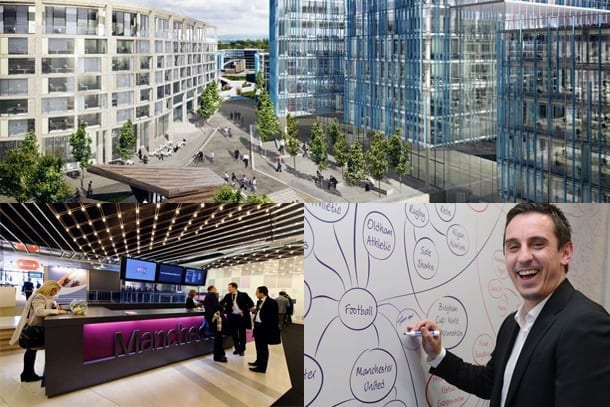 So, thanks to what’s now being bandied around as DevoManc, the city has been given greater powers over its own destiny.

Timely too. Just a week after the announcement that Greater Manchester would control the £6bn investment into health services, the great and the good of the city (mostly) are out in Cannes, in the south of France, at a very big property and investment show called MIPIM.

Well, on paper, yes. But as someone who has been over there to work it twice, I can tell you that it’s anything but.

Its endurance networking, but it’s the only time you get so many people who can make such a big difference to the direction of your city in one room.

Some whopping deals have been done there. I’ve seen major development deals shaken on in a bar in Cannes (Manchester hires one for the week), rather than the Town Hall.

Given the recent devolution discussions, it will be interesting to see how Manchester is now seen by those investors, as well as other cities.

At MIPIM, Manchester takes place on a ‘powerhouse’ cities panel – along with Stockhom, Hamburg and Barcelona this year. Good company, and indicative of the esteem the city is held in.

Manchester also occupies the most prominent exhibition stand in the Palais de Congress, meaning the city’s name is emblazoned across the balcony that sits halfway up the front of the building.

Private sector companies throw the cash in to support the trip out there – give or take – meaning its also decent value as a marketing exercise.

The big problem is the location – if they held MIPIM somewhere a bit less glam, people might actually give the work done out there more credit.

It’s often a difficult sell for people locally to see the value or significance of what goes on in a bar in Cannes over five days to Manchester and its communities.

But the reality is that investment doesn’t just come looking for you – as a city, you have to go and find it. And at MIPIM, all the players are there. Quite often on a yacht.

So what should we be looking for while we’re out there? Well, science and tech is a growth area with the city keen to cash in on graphene. Occupiers and partners around the massive Airport City scheme. More hotel operators. Residential developers. You name it.

DevoManc will no doubt be a buzzword in and around Nice this week. But there’ll be more to come. There has to be. We’re too ambitious a city to just sit back on that achievement.

In in the words of Noel Gallagher, asked if he was happy during the (What’s the Story) Morning Glory? Days: ‘Listen, I’ve got £87m in the bank. I’ve got a Rolls Royce. I’ve got three stalkers. I’m about to go on the board at Manchester City. I’m part of the greatest band in the world. Am I happy with that? No I’m not. I want more.’

So watch out Cannes. Manchester is in the house. And they’ve come over to take the lot.