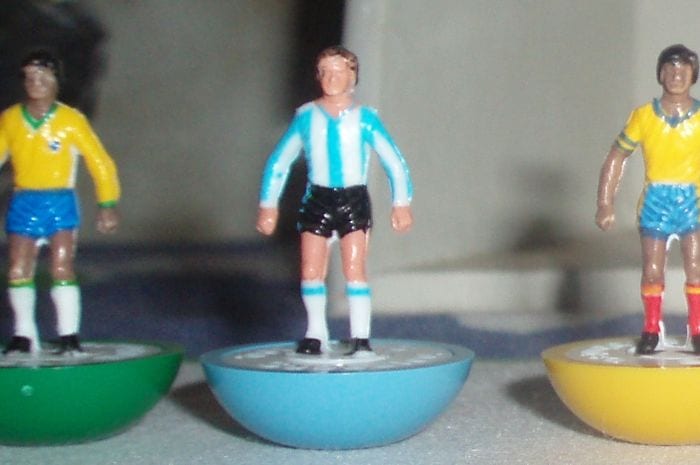 Back in the days before Sky, when football matches kicked off at 3pm on Saturday, when Liverpool won everything, when live football on TV was rare, when the FA Cup was the biggest prize, and when footballers wore their hair long and their shorts short, football-mad schoolboys used to spend their pocket money on a game called Subbuteo.

It’s a table football game which involves flicking miniature footballers on weighted bases across a green baize pitch towards the ball and scoring a goal.

It was the closest thing you could get to the real game, apart from the fact that the ball was the same size as the players – something which tends not to happen in real life. 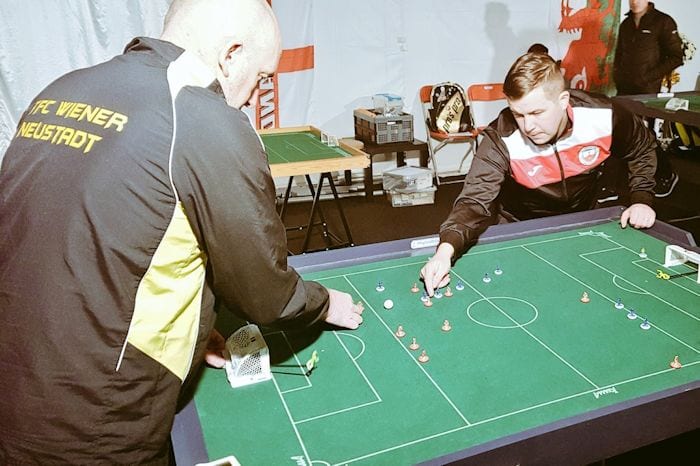 It may have been called table football but it was usually played on the floor. This meant the plastic figures could sustain severe injuries if they were trodden on by your dad or hoovered up by your mum – accidentally, of course.

Some people never quite mastered the art of flicking and would resort to pushing the players instead, which could lead to some heated disagreements – just like at a football match.

You could buy teams hand painted in the colours of hundreds of different clubs at The Model Shop on Bootle Street. Here you could also buy accessories like a grandstand, scoreboards, referee, linesmen, floodlights, corner flags, cameramen, spectators and, for added realism, mounted police – just in case of a pitch invasion.

Ironically, the game declined in popularity in the 90s just as football was changing dramatically with the advent of Sky and the Premier League. 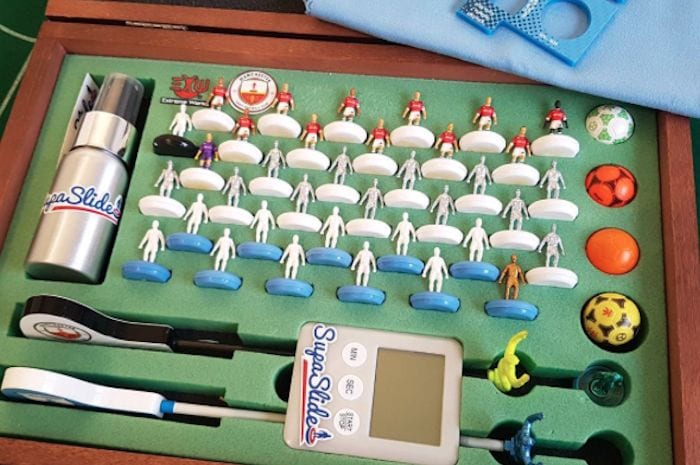 But if you thought video games killed table football you’d be wrong. Like the real game, table football has changed in recent years. It’s faster, the equipment is better and it’s very competitive. It’s even shown live on TV in countries like Italy, Spain and Belgium.

They play in the grand surroundings of Hotel Football opposite Old Trafford on the last Tuesday of every month from 7pm-10pm.

So whether you would like to relive the golden days of your youth or have never flicked to kick in your life, why not give it a try? All ages are welcome and it’s free.