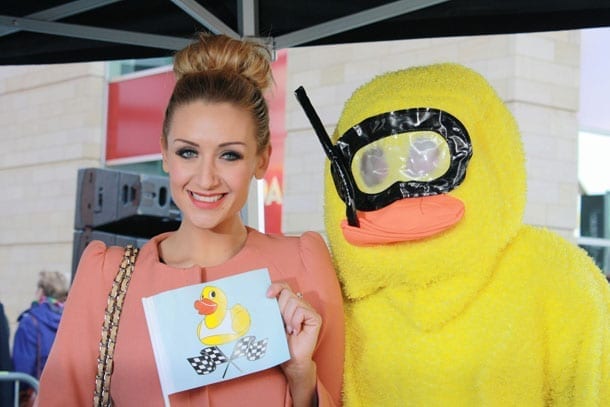 Manchester is set to get quacking again with a day of family fun at the Manchester Duck Race at Spinningfields on Good Friday (April 18th).

Now in its fifth year, it costs just £1 to enter a racing duck. Ducks can be purchased online at ticketsource.co.uk/brainwave or on the day, with all proceeds going to local children’s charity Brainwave. In the two weeks preceding the race, there will be a red double decker bus driving around the city centre, selling ducks. The bus will also be parked up on Spinningfields Square for the two weekends prior to the race, to provide people with plenty of opportunity to buy as many ducks as they’d like! 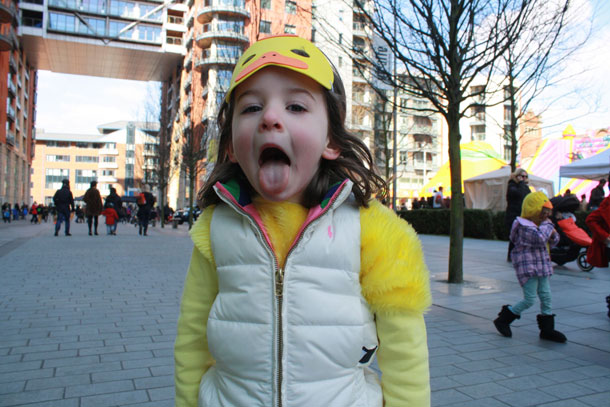 The day also includes a corporate race, in which businesses sponsor and decorate foot high rubber ducks for £240. Participating companies are urged to be as creative and stylish as possible when decorating their ducks, without any modification to enhance the duck’s performance.

A giant inflatable duck, sponsored by Better Bathrooms, will take up residence on Hardman Boulevard, and there are a number of additional activities including a hook a duck, cups and saucers, an activity craft tent, a giant tombola, a film screening of ‘Mighty Ducks’ on The Lawns and a number of inflatables such as a bouncy castle and slide. As well as the numerous restaurants on site, there will be several food stalls vans selling the likes of candy floss, ice cream and hot food.

Bitter Twisted will be providing a VIP bar on the day as well as a bar for the general public, with a percentage of the proceeds donated to Brainwave.

Nando’s will provide a special offer on the day and will also have their mascot walking around the estate, while The Alchemist is creating a special Ducktail for the day.

Free to attend, the race itself will start at 2pm. 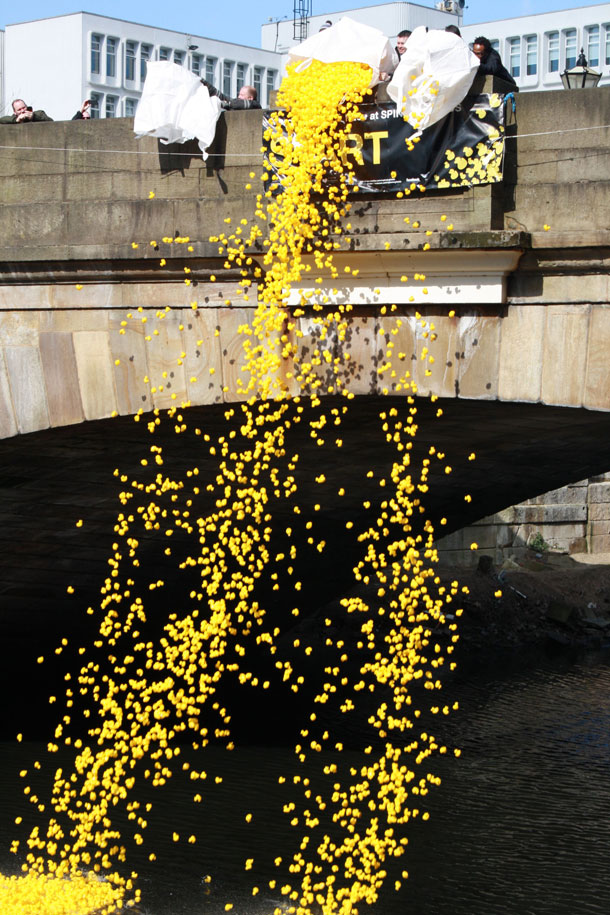