Manchester City are so much better than United: it’s that simple 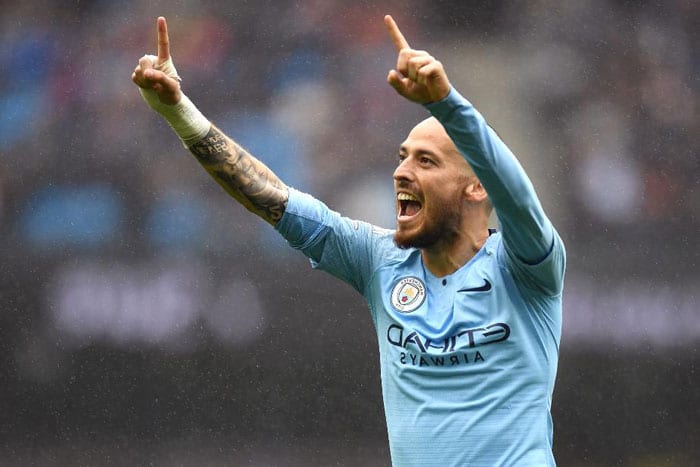 You can argue all you want about Jose Mourinho’s game plan, the negativity of his United team and the merits of the players in red versus those in blue, but the simple fact of the matter is that City were a class above.

No scrap that, City are a class above. Have been for a long time and will be for an even longer time if United don’t get their act together soon.

I don’t make a habit of watching City. It’s too painful. I’ll fast forward them on Match of the Day and will actively avoid their games on TV, so the derby represents the only time I really see Pep Guardiola’s side.

The one thing that struck me was their mentality.

They don’t lose their heads when the game isn’t going exactly to plan. They all have the confidence to take the ball in tight areas with players all around them. They don’t worry about missing their star performer and they all buy into the way of playing. I hate the word philosophy, but with Pep it’s exactly that.

This is where the true gulf in class is and where it continues to grow.

United don’t seem to fully understand the game plan and without Paul Pogba we looked lost as a team, resigned to just hanging in there and hoping to nick a goal.

We also looked like we lacked confidence. There was a moment in the first half when Anthony Martial received it in a great position and his touch let him down. This simply wouldn’t happen with Raheem Sterling.

In my mind, ability wise, there’s not too much to choose between the two players. The huge difference is upstairs. And that’s all down to Guardiola.

But the mentality isn’t just about the players. It runs from the top of the club to the bottom.

City have instilled a winning mentality right through the club. Gone is the view of City from the old days, replaced with a winning machine with everything they do focussed on maximising the fortunes of the club on the pitch.

They went all out to get the best manager, they have the best squad by far in the league and they’re picking up the best talent in Manchester. There was a time when the likes of Phil Foden would have been poached by the red side of the city. Unfortunately, those days are long gone.

There’s obviously been a number of revelations in the last week about the way the club is run. This isn’t the place to address those and I’m not sure the Blues in the city would be too happy about them being addressed by a United fan.

But one thing remains clear. Everything the club does is done with football at its heart.
Unfortunately for United that just isn’t the case.

We have an ex-banker making decisions on the viability of centre halves. We have a strategy for how to take the club forward that’s focussed on securing more advertising revenue and milking the club for the cash cow it is, rather than football.

And the mentality? On the pitch it’s one of top performers lacking in confidence. I’d have snapped your hand off two years ago to have a strike force of Romelu Lukaku and Alexis Sanchez. Not so much now.

Off the pitch, it’s one of arrogance. The board believe the mantra of us being among the biggest clubs in the world. They believe we’re a major player simply because of the past.

However to be regarded as one of the world’s biggest clubs you need to consistently win silverware, and not just second rate silverware like the League Cup or Europa League.

We might be famous, we’re not one of the world’s biggest anymore. And the worst thing for the fans, we feel as far as we’ve ever been from regaining our crown.

Big change is needed at all levels of the club. The problem is, there’s no one in place to make this happen.