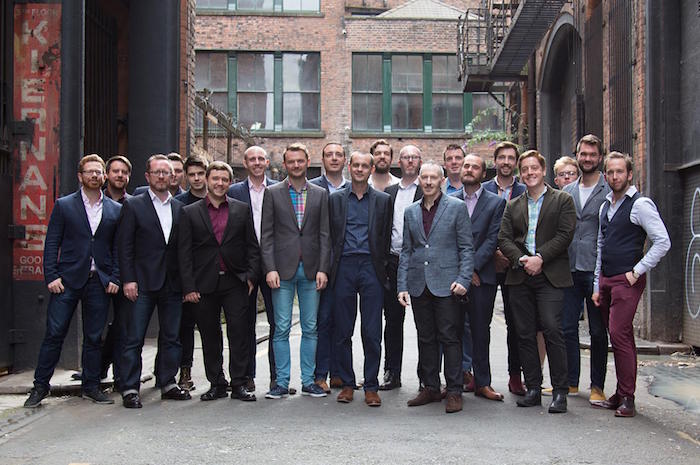 A much-loved local male choir is collaborating with an award-winning Northern poet for a one-off performance inspired by the city at The Stoller Hall this month.

The choir in question are The Sunday Boys – an inclusive male voice choir with a majority gay identifying membership, who were established in 2016 and rehearse in Manchester on Sundays.

For their Our Manchester Home solo gig they want to reflect on what the city means to them, with songs featuring lyrics from Manchester-based poet Andrew McMillan put to music by Michael Betteridge.

“Whether we were born here or have made this city our home, Manchester has played such an important role in all of our lives, especially as gay men, their allies, or members of the LGBT+ community,” says Michael.

All four original compositions which can be heard on the night are Manchester-inspired collaborations between The Sunday Boys and award-winning poet Andrew, who is a lecturer at The Manchester Writing School at Manchester Metropolitan University.

“It was a joy to come back and work with The Sunday Boys on a more sustained project,” says Andrew.

“Rather than just writing about something that I was interested in, I wanted the choir to feel like they had real ownership over the words they were going to sing. By talking to them and gathering their experiences around the specific topics of the songs, I hope I’ve managed to create something which is theirs, rather than mine, and they feel they can sing proudly.” 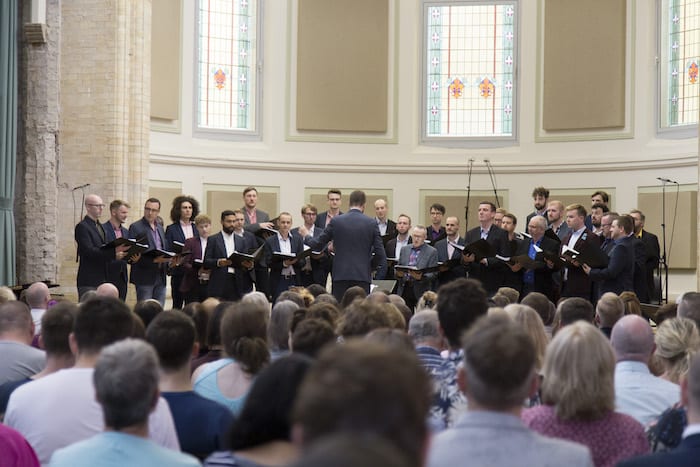 The Sunday Boys use the power of voice and beautiful music to express just what Manchester means to them. Much of the performance will be based around the themes of arrival, exploration, settling down and ageing.

After all, this is the city where they started singing together, presented their first solo gig 50 Years of Change in July 2017, and the city they returned to following their first international tour with a visit to Iceland earlier this year.

“Since moving to Manchester I’ve always done something musical, whether that’s been playing in an orchestra, taking music lessons, or singing in a choir,” says Maurice Nagington, a member of The Sunday Boys.

“But moving to Manchester also marked a time in my life when I began to feel more at home with my sexuality. The city celebrates and embraces the living out and exploration of sexuality.

“The past two years singing with the Sunday Boys have brought these two threads together. Some of the people in the choir I have known since my early days in Manchester, others are much newer friends.

“Yet all of these friends and all of the music we sing continues to make Manchester a home where I can celebrate, explore, and develop myself in ways I never thought possible.”

There will be some classic favourites in the singing choices too, including arrangements such as Leather by Tori Amos, Smalltown Boy by Bronski Beat, and I Carry Your Heart With Me by David Dickau.

Join The Sunday Boys for an evening celebrating our city on Sunday 29th July from 6pm at The Stoller Hall.