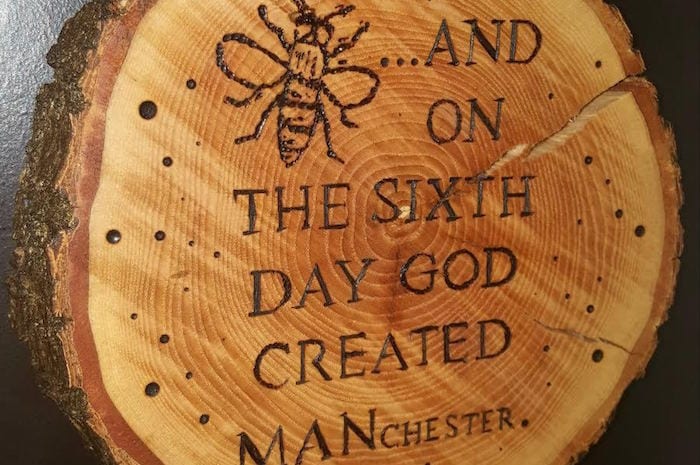 Manchester’s artists have come together to raise money for the families of those killed and injured in the horrific 22nd May attack on Manchester Arena.

They are staging a huge online art auction of around 100 donated artworks on eBay, many with a Manchester theme.

Items for sale include Children playing in the street, Manchester, 1968, a photographic print by pioneering British photographer Shirley Baker, an original 50×40 cm Northern Quarter drawing by freelance illustrator Dave Draws, and an A1 sized full colour poster print of Paul Grogan’s Made of Manchester Periodic Table.

There are plenty of bees including an amazing ceramic tile on wood mosaic donated by Amanda McCrann and Mancsy from their recent exhibition. 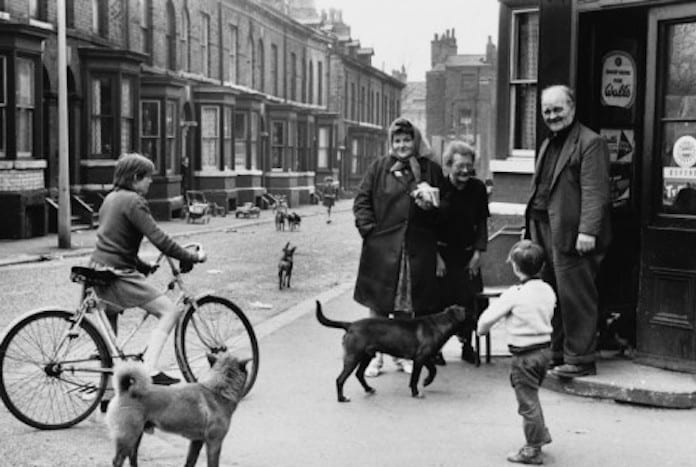 You can even spend a night on the tiles of the Rovers Return – literally.  Artist Nick Franklin has decorated 22 green tiles from the front of the old Rovers Return pub on the Coronation Street set – one for each victim.

The art auction is the brainchild of Scarlet Nieschmidt, a local artist based in the city centre.

“I was absolutely devastated about the attack on my home town,” says Scarlet. “I just felt like there was nothing I could do to help and it was heartbreaking. 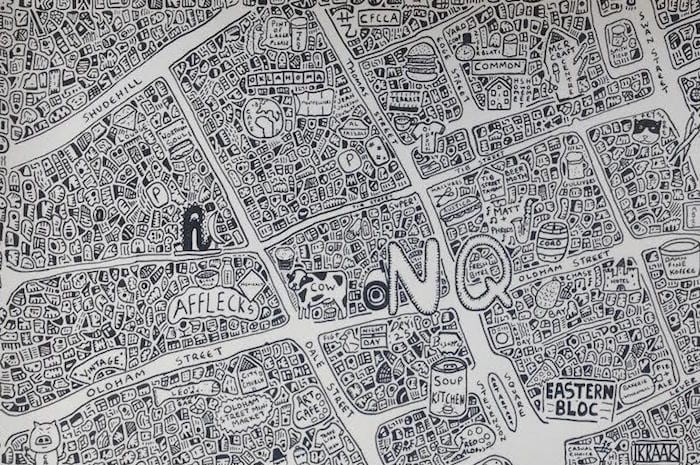 “Then I did what I always do when things are tough – I took refuge in my little art world. I came up with the auction idea and approached Art Battle Manchester, who promoted it through their network of artists. The generosity of everyone has been so overwhelming. I just hope we can make a difference.”

This is your chance to get your hands on an original piece of local artwork with all the money raised going to the #WeStandTogetherFund – part of the We Love Manchester Emergency Fund, launched by Manchester City Council and British Red Cross.and this week.

The Manchester Art Auction ends on Sunday 4 June at 8pm. Images of all the donated works are displayed here for you to browse – and will be clickable once they become live on auction. Get bidding.