Man United no longer top of the football shirts league 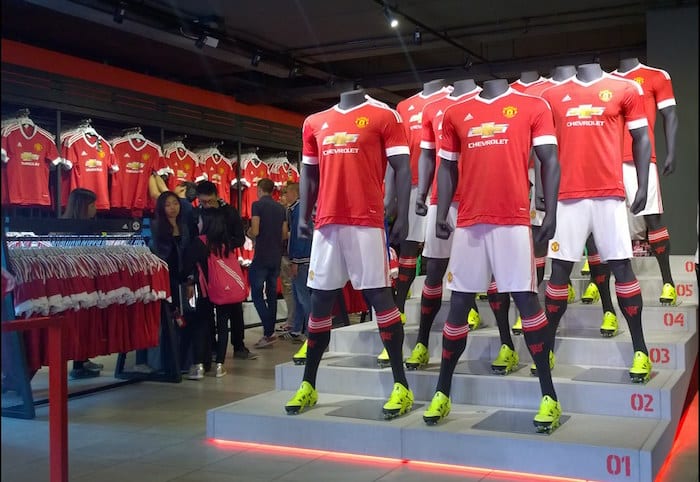 Manchester United ruled English football for more than 20 years. When Sir Alex Ferguson became manager in 1986, he promised to knock Liverpool off their perch. And he succeeded, winning 38 trophies, including 13 Premier League titles, five FA Cups, and two UEFA Champions League titles during his 26 years in charge.

Under Sir Alex, United weren’t just top of the Premier League: they were always top of the football shirts league, too. In the five-season period between 2011-12 and 2015-16 inclusive, the club sold an average of 1.75m shirts a year, making the United shirt the best-selling shirt in the world.

Since he retired in 2013, they’ve been rather less successful. They may have won a Europa League, an FA Cup and a League Cup, but they’re no longer top of the Premier League.

Despite a decline in the club’s success, chief executive Ed Woodward has always insisted it can generate income and keep shareholders happy through sponsorship deals and merchandise sales, irrespective of the team’s performance on the pitch.

Because according to retail fashion aggregator Love the Sales, the Manchester United shirt is no longer the best-selling shirt in the country. It’s not even the second most popular.

The Love the Sales data team calculated the popularity of all 368 kits released by the 92 English Football League clubs. This includes the home, away, reserve and goalkeeper jerseys for each team.

According to their research, the most popular home kit in the UK this season is the new Liverpool kit – with Arsenal in second place.

The United home kit for this season is the third most popular shirt in the country, ahead of Man City in fourth place. But demand for the new United home kit has actually fallen by 5% compared to last year’s kit, which was probably the worst ever.

“Adidas are known for making popular shirts, but the poor league form in recent years led to Man United’s stock falling in the footballing community,” says the report.

And although United are ahead of City in the football shirts league, the gap between the clubs is closing, with City poised to leap frog United in kit popularity – just like they have on the pitch.

City’s success has led to an increase in demand of 110% for the home kit and it’s one of the most in demand kits in junior sizes.

So, contrary to Ed Woodward’s belief, it looks like United’s lack of success on the field is having an effect on merchandise sales. And the #GlazersOut campaign, which is urging fans not to buy merchandise, probably isn’t helping shirt sales either.

Maybe it’s time for the owners to change the club badge. Swap the ship with three masts for a picture of the Titanic.