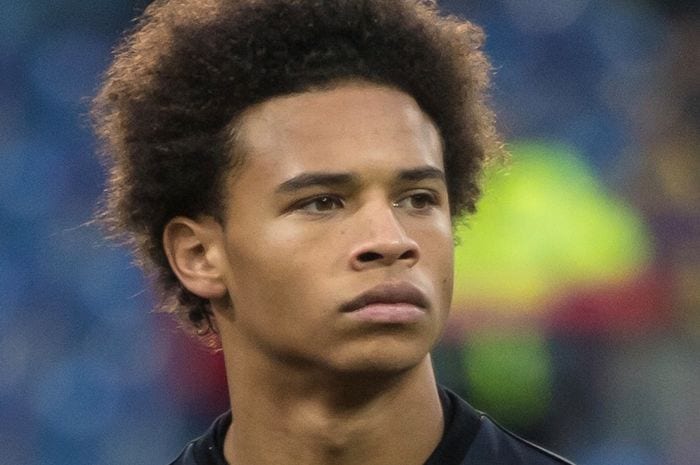 City took on Arsenal again just four days later – but this time it was one of the young guns who stole the show.

Young German winger Leroy Sane put in a scintillating first half performance, setting up goals for Bernardo Silva and David Silva before scoring himself.

During the build up there had been talk of Guardiola giving his young winger a roasting at half-time, much to the surprise of some of the City players. Whatever the manager said obviously worked.

It’s not the first time Pep has been critical of the German. During the summer tour he felt Sane was not putting enough effort in and said that he did not deserve to play.

If Arsenal were thinking of gaining a measure of revenge, a scintillating first half performance from Sane put paid to that game plan.

The game was being played at a fairly slow pace before the number 19 injected some speed and skill near the touch line to turn and take on four Arsenal players.

His pass to Bernardo Silva resulted in a stunning first goal – and City were up and running.

What a win tonight! Another step towards our dream 👉🏻 the @premierleague title! And so happy to have scored and helped the team@ManCity 🔵😉⚽💪🏼#pl #mcfc #mancity #winning #cityzens pic.twitter.com/ye4oh97wAd

Gary Neville likened the winger’s movement to that of Old Trafford legend Ryan Giggs – quite an accolade indeed. We all remember it was the Gunners who were on the receiving end of that FA cup goal by the Welsh winger.

The link-up play between David Silva and Sane was sublime before the German found Aguero who provided the assist for Silva to score the second of the night.

Aguero was involved for the third when a brilliant turn set him off down the wing with support from Kevin De Bruyne.

The Belgium international then found Kyle Walker on the wing and his cross was met by man of the match Sane to score the third.

Following the second goal, Neville said that Sane would be a nightmare to play against as a defender. He really does have it all – touch, pace, very strong on the ball and has a shot to match.

It isn’t the first time the Sky Sports pundit has wondered what it would be like to play against him.

“He’s got electric pace,” he said back in December 2016. “He looks like he could – once he gets the belief and confidence and settles into the league with maturity – he could be devastating.”

Since then that belief has certainly grown and has devastated several defences during an incredible season at the Etihad. It’s something that he puts down to Pep Guardiola’s inspirational leadership.

“He always tries with every player to give our all – 100% of what you have,” Sane revealed. “You don’t rest. In every training session and every game, you have to give the best. I have improved so much (under Pep). Every player in our squad can tell you that.
He’s a really good coach. He always tries to see where you can improve, with your mistakes. He tries to help you.”

The win saw City move back 16 points clear of United with ten games remaining in the season. Five more wins will see the Blues secure the trophy.

Three of those ten games are against a top six opposition starting with Chelsea this Sunday at home. City then play Stoke (a), Brighton (h) and Everton (a) before the visit of United followed by a trip to Spurs.

Pep Guardiola reiterated the importance of keeping focused and taking each game as it comes following his side’s dominant performance over Arsenal.

“It was important to keep 16 points in front and improve the goal difference. We are out of the FA Cup and we won the League Cup. Now it’s just two competitions and you fight for one of them for 10 months. These are the last steps to be champions, you keep going until the end. We have to win five games. We don’t think too much. Now we play Chelsea. Hopefully we have the desire to win, to be the best team in England. We forget that we are tired.”