Every now and then, new crazes roll around that send the consumer in us all completely crazy.

Enter man-cubbing, a term coined by Dominique Morton, founder of Man-Cub, a Manchester-based brand which opened last month. Man-cubbing means fathers and sons dressing in identical clothing. And that’s what Man-Cub is all about. 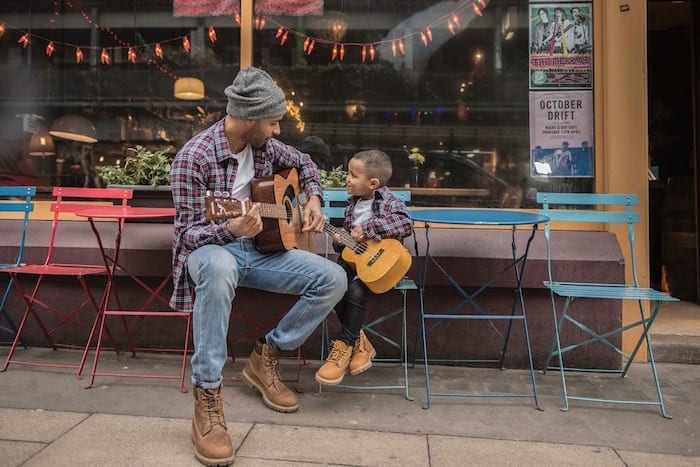 “It’s becoming much more of a cooler thing to be a dad and a good, positive role model for kids. Dads are having a much closer relationship with children just like mothers and children do, and it’s great.

“I explored the father and son relationship, how fatherhood between the two is all about being lads and building a bond on a different level to mother and daughter. It’s a unique bond and that’s where the idea came from for Man-Cub.”

Stumbling upon the idea for the brand was a happy accident. While she was on holiday in Dubai, she bumped into an old school friend with her husband and son who were both wearing matching outfits.

“Every time we met up with them, the father and son were wearing matching outfits and I just thought that it was genius. I asked how long they’d been doing it for, and the mum said she bought them matching t-shirts once and it just kind of snowballed. 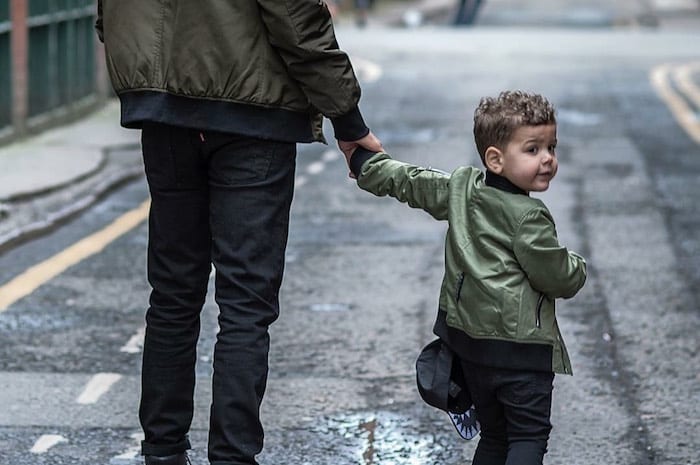 “When I got back I did some research and I realised that there were loads of people doing it for mother and daughter, but not really anybody doing it for father and son.

“There are a few brands out there that sell matching swim shorts, or matching tops – but you’re looking at a few hundred pounds per pair. Kids grow – so they’d grow out of them very fast, so it just wasn’t a viable option.

“I knew the types of styles that I wanted to create. A palatable, street-inspired design that’s relatively basic. I wanted the type of style that a typical Manchester guy who would go out and about town would wear but with the quality of Selfridges or Harvey Nicks – at a good price.

“All of the fashion brands in Manchester at the moment are in sort of a middle-level quality. It’s fast fashion that people wear a few times and then throw away and buy new clothes.

“With Man-Cub, we expect kids to grow up with our clothes and then we offer a cub size up promise, where if customers come back to us we give them the next size up for a cub at a really, really cheap price.”

Admitting that the pressure of starting a new business from scratch can be daunting, Dominique tells us how her concept is difficult to test. 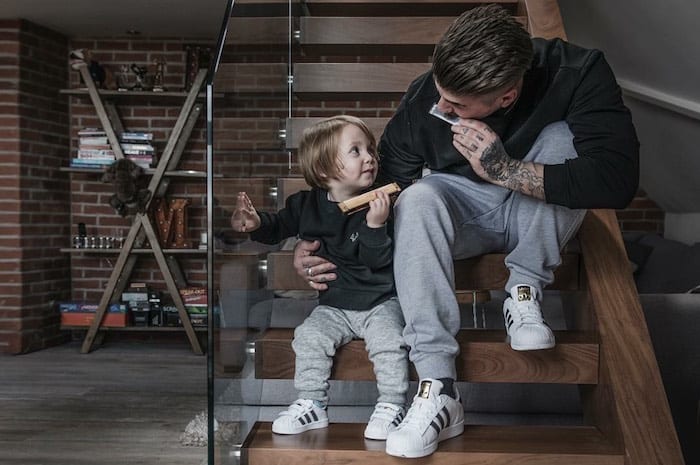 “It’s never been done before – no one’s sold matching clothes in the same way we are, so it’s a very difficult battle to get people to think about and realise that they’re buying two items as opposed to buying one and getting one for free.

“It’s very scary because a lot of time and money has gone into it and I’m hoping that it’ll come back. We only sell Man-Cub bundles. So when you buy something off the website you get two things together. If you buy a denim jacket, you’re paying for two – one for the man and one for the cub.”

She quit a high-profile job because it was taking up most of her time and she wanted to focus on creating something that was her own.

“I realised that it wasn’t something that I could do forever. So, I thought to myself I’m getting these big bonus cheques, I need to do something with them. I went to university and am a qualified dietitian, but I didn’t want to go down that path because I didn’t enjoy it.”

“My boyfriend’s personal trainer came up with the Jim Bag concept and was looking for investment. I decided to go all in and use my bonuses to invest. I spent a few years working there and then when I left Jim Bag I wanted to do something myself that was all about branding and fashion.

“So I sat on my hands for a year until I came up with an idea that I thought really would sell and would be completely different.” 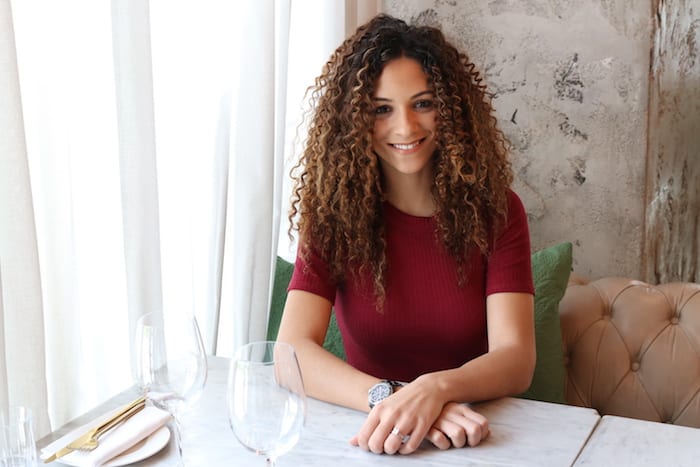 Dominique tells us that the response to the business so far has been incredible.

“We’ve had such an amazing response to the brand. Everyone that’s interacted with us thinks that it’s a great idea and really has enjoyed it.

“When we had the launch event a few weeks ago, we had a pop-up shop and the feedback we received from most people was that they didn’t realise the quality of the clothing because we’re currently an online-only brand.”

She wants to see Man-Cub in Selfridges and other big, high end department stores.

“The stock only landed at the beginning of September, so we’ve still got a long way to go but we’re really optimistic. It’s great for the gifting market, birthdays, Father’s Day, Christmas presents etc.

“I would love to have a physical shop, but I’d want it to be more than just a shop. I want to create a space where dads and sons can come and do things together. For us it’s much more than just about clothes.”