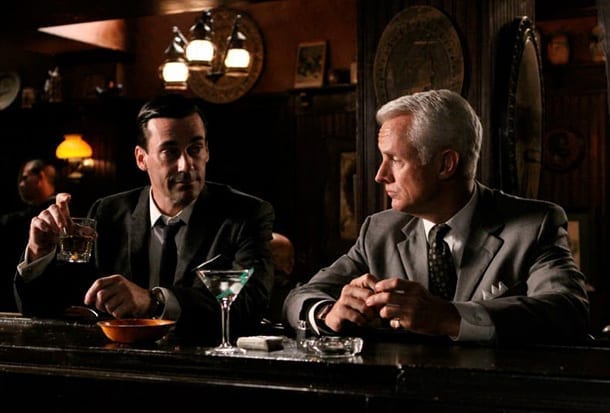 Manchester bears more than as passing resemblance to Manhattan in many ways, as Aidan Rourke recently pointed out. The American-style Infamous Diner opened recently and now The Pen & Pencil bar and eatery is set to bring a touch of 1950’s style New York glamour to the streets of Manchester…

Taking its name and inspiration from the infamous mid-20th Century bar on East 45th Street in New York, which was popular with newspaper journalists and ad men – the original ‘Mad Men’ – The Pen & Pencil hopes to offer the perfect place for Northern Quarter creatives to chill, think, meet and enjoy great food and drink.

‘We are both huge fans
of the style, atmosphere
and food and drink offerings
of 1950s New York bars’

The Pen & Pencil will be open seven days a week from 10am ’til late with a strong day time offering with great breakfasts, brunches and lunches washed down with top quality coffee and freshly blended smoothies.

The evening and weekend menu will include small plates and a few larger dishes with an international feel, such as Lebanese Scotch Egg served with tahini, and pork and chive dumplings. It will sit alongside a specially created cocktail list making the venue perfect for mid afternoon cocktails, after work gatherings, and those wanting to eat and drink until the early hours.

A resident DJ will get the party started every weekend and the team are looking to curate a series of monthly live music nights. There is also a room for private hire for networking meetings, private parties and launch events.

“The opening of the Pen & Pencil is the realisation of a dream for both myself and Kevin,” says Dan. “We are both huge fans of the style, atmosphere and food and drink offerings of 1950s New York bars that have been immortalised in numerous films and TV series. We are taking inspiration from them and some of their magic and history and making it relevant to Manchester today- in particular its extremely sociable Northern Quarter.

“Our brunch/lunch menu will be one of the best in the city,” says Dan. “The fact that we will be open seven days a week from 10am right through to late, will ensure we cater for weekday and weekend guests, whether they want cocktails, business meetings, while away a couple of hours with a top quality coffee, or a Saturday night late one accompanied by one of Manchester’s finest DJs, The Pen & Pencil is set to be the place to be.”