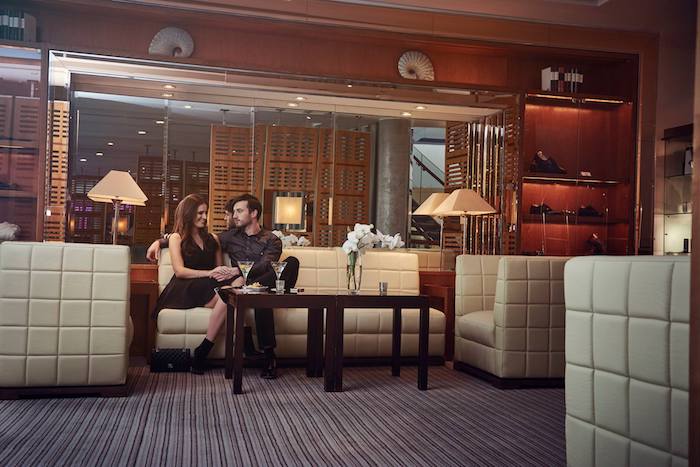 The five AA star Lowry Hotel in Salford is set for a major £3 million refurbishment in the new year.

Outline plans emerged at the press launch of the hotel’s “Speakeasy Christmas” programme for the festive season, with party nights and special menus based this year on a Roaring Twenties’ theme.

General manager Adrian Ellis said; “There will be lots of exciting things coming in 2018 under the hotel’s new ownership.”

The 165-bedroom Lowry was acquired by Singapore based CDL Hospitality Trusts for £52.5 million in the spring of this year – the second time the hotel has changed hands in three years.

It has been bought from Rocco Forte Hotels – who originally opened the Lowry in 2001 – by the Westmont Hospitality Group for around £40 million in September 2014 but put up for sale again in November last year following a £5 million facelift.

Mr Ellis said that the latest round of improvements would focus on the lobby areas, the bar and restaurant and the hotel’s prestigious £4,000-plus a night Presidential Suite.

He added that the hotel’s owners were looking at the possibility of a ground-floor “food and beverage concept” by the riverside. The current River Restaurant on the first floor could also be split and a high-end fine dining restaurant established.

Meanwhile, with the hotel transformed into a 1920s Gatsby-style palladium, this year’s festive season kicked off by showcasing head chef Andrew Green’s three course set menu in the River Room.

Starters on the special menu, served throughout December, feature a choice of home-cured sea trout with beetroot, dill and smoked mousse; a pressing of duck with pickled pear, cucumber and sesame wafer or spiced cauliflower soup with goat’s cheese bob bon and kale pesto.

To finish there’s a choice of Lowry Christmas pudding with vanilla custard and brandy butter; Black Forest cheesecake with chocolate, and kirsch cherry Chantilly or a selection of British cheeses with seasonal chutney.

Tea, coffee and mini mince pies round off. The set menu is available for lunch (noon-2.30pm) and dinner (6pm-10.15pm) for  £25 and £29.50 per person respectively and includes festive crackers and novelties on the table.

A three-course menu comprising baked celeriac soup with cheddar crouton, roast turkey with the traditional trimmings and Black Forest cheesecake is included in Festive Party Night packages starting at 7pm with dancing until 1am on selected dates priced at £57.50 per person.