Let’s cook! Inside the cocktail bar that looks like a Breaking Bad-style mobile meth lab 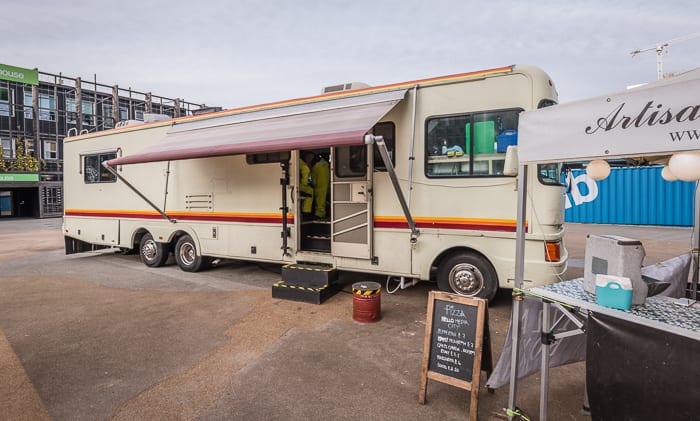 If you’re a fan of Breaking Bad – and is there anyone who isn’t? – head down to Media City and you’ll see an American recreational vehicle that looks just like the beige 1986 Fleetwood Bounder used by Walter White and Jesse Pinkman as a laboratory for ‘cooking’ methamphetamine.

The vehicle can accommodate 30 “cooks” making their own cocktails using molecular mixology techniques. Before they go in, customers get a Breaking Bad-style costume and masks to get them in the mood for a bit of ‘cooking’. 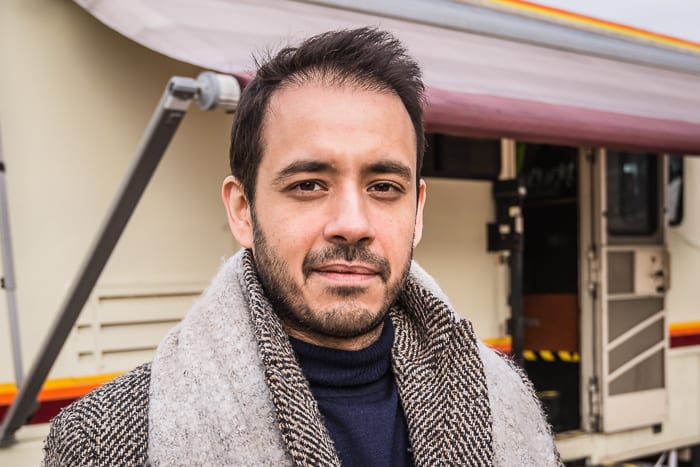 The mastermind – or Walter White – behind ABQ is Sebastian Lyall, founder and creative director of ‘immersive lifestyle group’, Lollipop.

According to Sebastian, in the last few years cocktail bars and restaurants have removed the fun from the menu. People don’t just want to just go out for a drink anymore. They want an experience they can share with their friends and the rest of the world through social media.

“The definition of fun has changed, too,” says Sebastian. “It’s not just live music and dancing anymore. It’s about having an experience and sharing it – not just with your friends, but with the rest of the world too via social media. 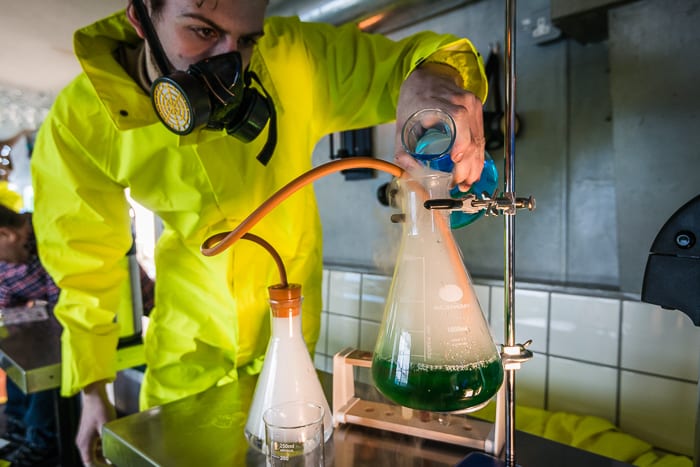 “Food and beverage isn’t the main product we consume when we go out. We consume experience. Anyone can make a good cocktail and anyone can make good steak. In the future, robots will do that. So it’s the experience which we consume and which we share. People want to get luxury value.”

He is inspired by popular culture when coming up with themes and thinks about the way people will interact with the venues.

So far he’s come up with The Bletchley (escape room meets cocktail bar) and The Bunyadi – London’s naked restaurant. ABQ is the latest. 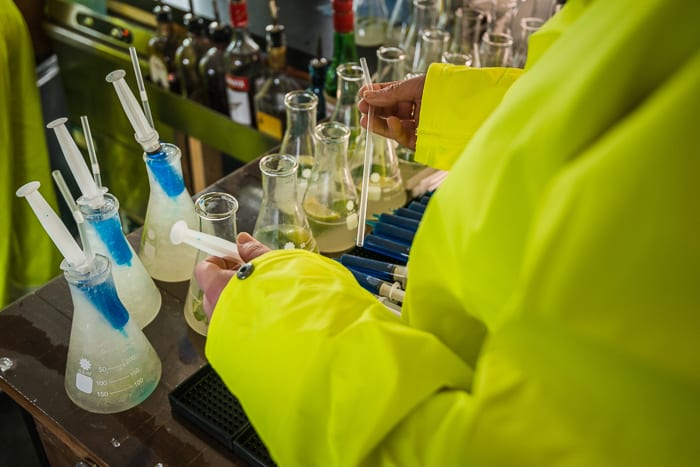 “ABQ has two layers – a concept and a theme,” says Sebastian. “Everything we do at Lollipop has that combination.”

It’s been massively successful in New York, Paris and London. The Breaking Bad actors clearly love it, too. They came to visit and party in the American bar.

Sebastian makes sure visitors have enough content to share as he constantly tries to keep people’s interest alive by changing the 12 cocktail-menu every six months. 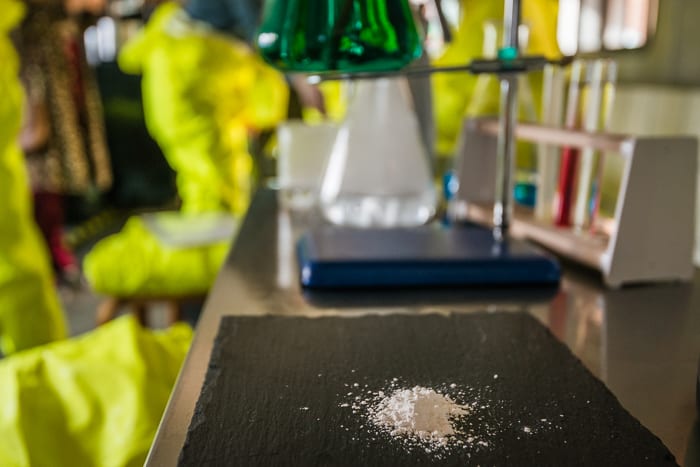 “Everyone who comes in here will post about it somewhere. There is no one who would just sit here and not take a picture. And this is a place you can come back to again and again and get a different experience.”

However, using an RV as a cocktail bar can be difficult at times.

“It’s hard work. The van is a difficult environment to work in. This was supposed to be a house. It sometimes gets too cold and in the summer it got too hot, which would not be a problem in Manchester. But in America it was. So we ended up putting air con inside which was difficult because the van isn’t made for such a thing.” 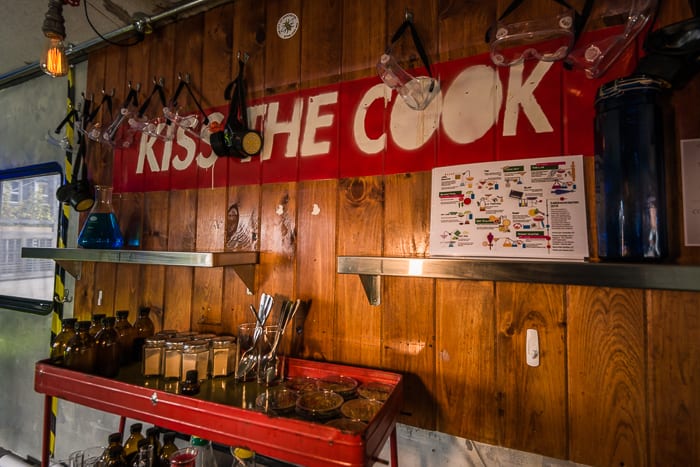 Bringing the van to the UK from America has also proven to be a challenge.

“At customs they really think it’s a meth lab. They don’t believe it’s a bar so we have to take it all down and then put it back together.”

Having been in the industry long enough, Sebastian says they know how to manage situations like this. And he is adding another van next to the one in London and putting one on top of them, which will serve as a dance floor. 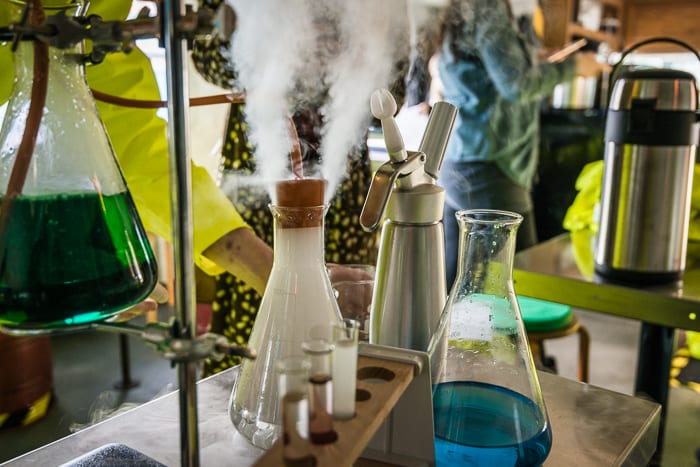 If ABQ Manchester is successful they will replicate the project here as well.

“I think that in the next 5-10 years hospitality is about to change,” says Sebastian. “There is a fundamental shift coming and these kind of places as well as many others popping up are instrumental to that change.”

So do yourself a favour and book some tickets, head down to Media City and get cooking. £30 gets you two hours and three cocktails inside the RV (one welcome cocktail and two you cook yourself).

And if you haven’t seen Breaking Bad, buy the box set or watch it on Netflix. You won’t regret it. Yo.