Let them eat cake: where to get some of the best cakes in Manchester 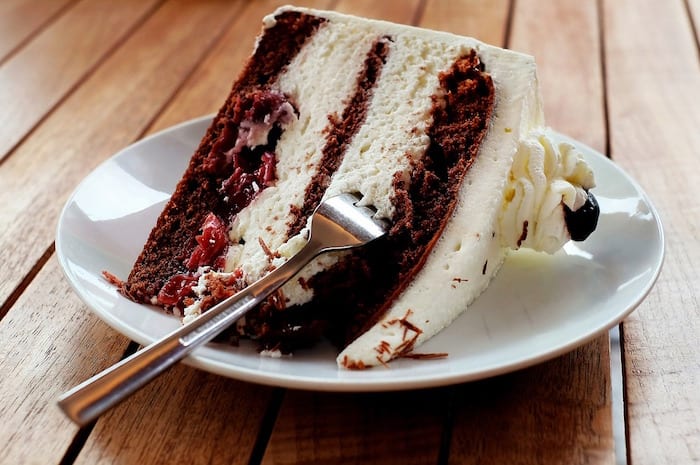 March 28th is National Black Forest Cake (aka Black Forest gateau) Day. Yes! Another excuse to eat cake. We’re not short of bakeries and cake shops if you know where to look but, to make things easier, we’ve compiled a list of the best spots to get your sugar fix. After all, life’s too short to say no to cake.

If they don’t have any Schwarzwälder Kirschtorte (that’s Black Forest cake aka Black Forest gateau to you), you’ll just have to make do with an eclair, a cupcake (or three) and anything else that takes your French fancy.

We’ll start with three places in north Manchester (alright then, Bury) to prove that all the best places aren’t in south Manchester and to disprove the view that it’s grim up north. 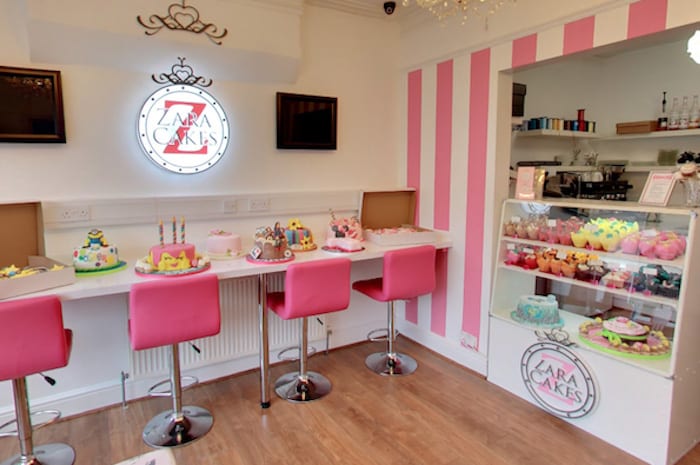 If you’ve been to a birthday party or wedding in the last few years, you have most probably seen, and possibly eaten, one of Zara Neild’s iconic cakes. Zara makes customised bakes for every occasion and her shop in Prestwich whips up everything from mini cupcakes to full size dream cakes. You can personalise every morsel and they excel when it comes to fluffy centres and decadent flavours. They even have cake workshops to get the kids involved.

Just up the road is one of Whitefield’s best kept secrets. Except it’s not a secret because everybody in north Manchester – and quite possibly beyond – knows about Slattery’s, a family-run business specialising in bespoke wedding and celebration cakes, chocolate and all things sweet.  Handmade luxury chocolates, fresh cream, fancy cake and ice creams are all made on the premises are sold alongside a range of gifts in the shop. Eat your hearts out Didsbury and Chorlton. And your cakes.

The Bundt is strong in this one ..#bundtcake Chocolate, caramel & white choc fudge..#foodbloggers #desserts #Manchester pic.twitter.com/lRfTYdz3SX

Alice in Wonderland meets Willy Wonka at this award-winning cake boutique in the heart of Bury serving home made cakes served with hot chocolate fudge sauce if you really want to push the boat out.  They also serve freakshakes that have been named among the best in the country by Cosmopolitan. 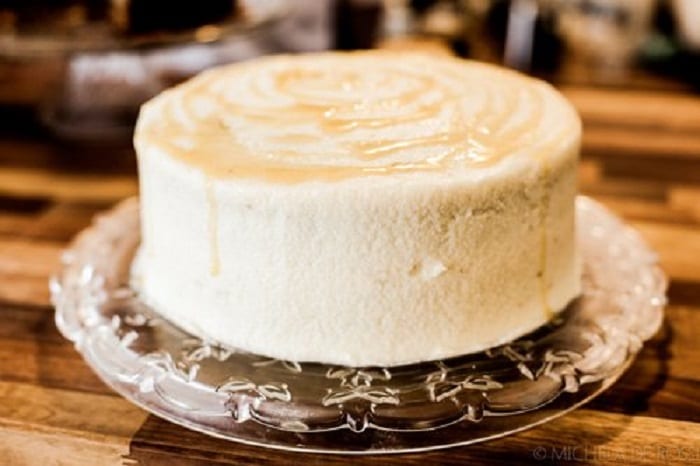 There’s no doubt that this quaint vintage-inspired teashop is a pro when it comes to home baking. You’ll find all kinds of elegant flavours like the quadruple layer St Clements cake with orange curd, lemon curd, and citrus buttercream icing. A personal favourite is the date and ginger cake which comes with spiced cream cheese icing. But if you’re looking to end your meal with a bang or simply fancy a spring-infused pick me up, the strawberries and clotted cream triple layer cake should do the trick. Sugar fiends never had it so good. 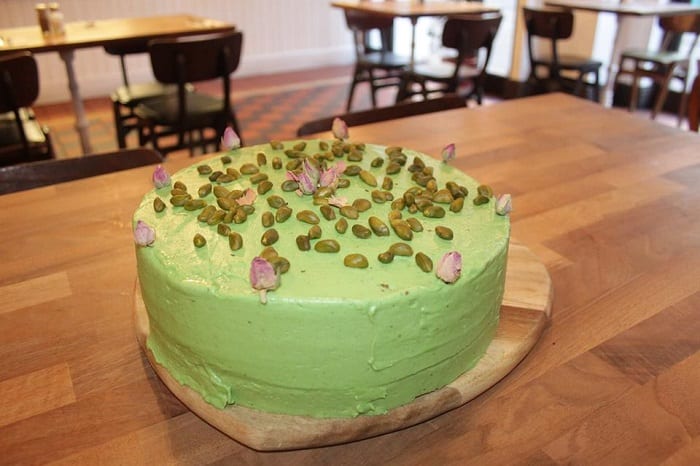 A list of cake spots just wouldn’t be complete without including Teacup Kitchen. Choose from home baked goodies like the carrot and coconut cake or the lemon-licious, red velvet or rainbow cake. Not tickling your fancy? What about super dark salted brownie? Lemon and raspberry swirl? Banana and chocolate loaf? The point we’re making is that they have A-plus flavour options and plenty of them. Just don’t get too carried away as the portions here are enormous. 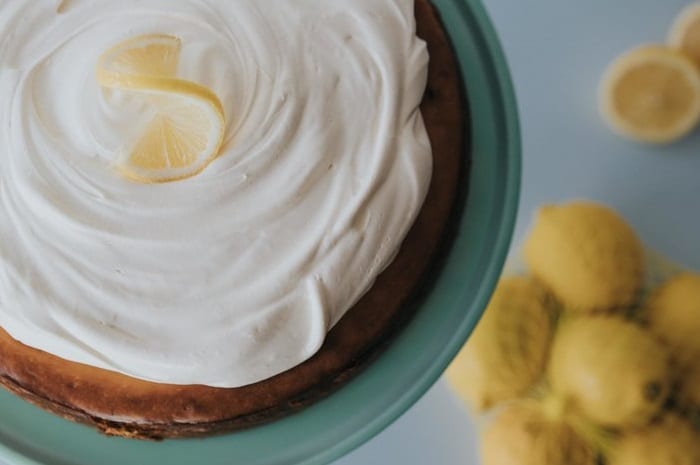 An all-time foodie favourite Dish and Spoon is A-class in every way. Their cakes cover all flavours from chocolate honeycomb to toffee apple to raspberry and rose. The buttercream is light and the layers of sponge are… there’s no other way to say it….moist. So deliciously moist you can take a piece home for your mother, brother, boyfriend or, most probably, yourself and it’ll still be as good as when the slice was first cut. Epic-ness in every mouthful.

This week we launch the Easter Collection… here’s a sneak peak of what’s to come. #HeyLittleCupcake #Easter #Cupcake pic.twitter.com/YS1ZL46gEi

Been to New York? Tasted the heaven that is Magnolia Bakery? Well forget the ticket to Times Square, head down to Spinningfields instead and sink your teeth into some of the best cakes this side of the pond. Everyone loves a good cupcake and, frankly, the ones from Hey Little Cupcake are decadent works of art. They come in a bunch of zany flavours which includes vanilla and peppermint choc chip and, of course, the one and only red velvet.

Its that time of the week. Tomorrow's Cruffin is Hot Cross Bun. Cinnamon, Cardamom & Citrus Creme Pat, tea soaked fruit with an X on the top pic.twitter.com/2cI3DRIA1q

Pollen has an excellent reputation in the local community thanks to its top-notch baked goods and most days there’s a queue out of the door. They are famed for their cinnamon morning buns and their cruffins (yes, it’s a word) made from croissant dough baked in muffin tins, then filled with a flavoured pastry cream or curd. This place has bakes so badass that they close up shop when they sell out and they generally sell out within 90 minutes of opening. Don’t get too attached to one flavour, though, as the menu isn’t set in stone. 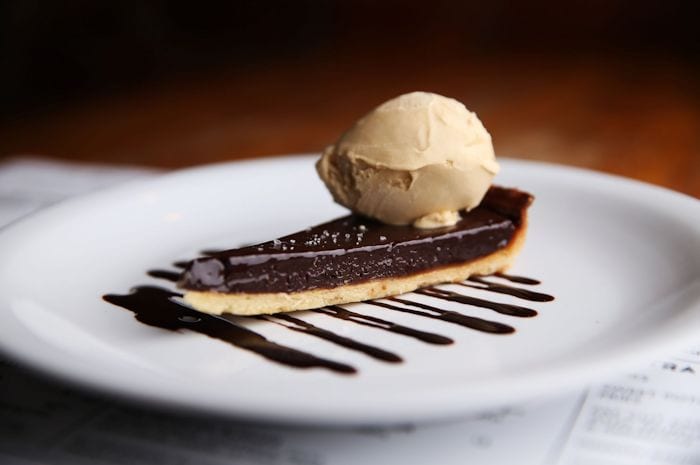 The chocolate and croissant bread and butter pudding is an absolute taste sensation – the perfect amount of sweet without being sickly. But you can’t come to The Laundrette without trying their take on the Dessert Calzone. It’s made from Nutella, banana and marshmallows and topped with salted caramel ice cream and quite frankly it’s the kind of cake that dreams are made of. If you want to cheat on your diet, this is definitely the place to do it. 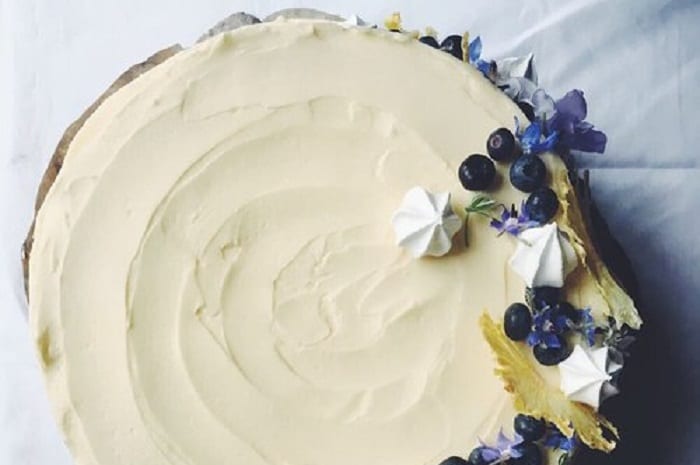 The concept behind this trendy joint is to provide a place for locals to come in and socialise and create new friendships over a humble cup of Joe. It really helps that their home bakes are probably some of the best in the area. Choose from their signature cronuts (a mix of croissant and doughnut) or homemade honeycomb ganache or order a speciality bespoke cake which can be tailored to your every sweet treat craving. 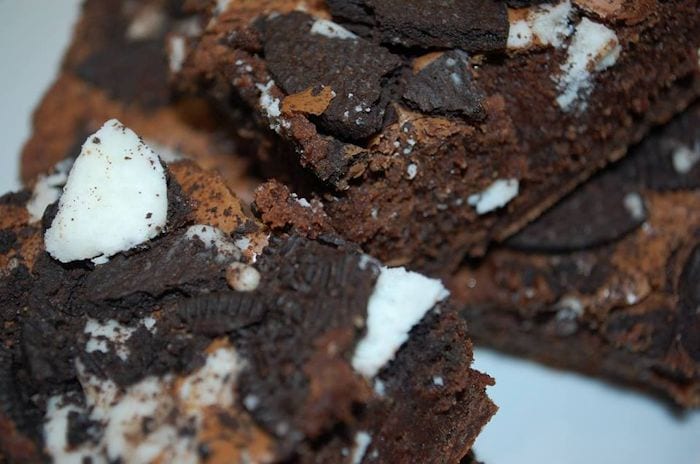 This cute little bakery on Oxford Road serves up one hell of a chocolate brownie. They get plus points for the fact that plenty of their brownies are also vegan. Pick from exquisite flavours of salted caramel and peanut butter or Oreo cookie. I’m giving you fair warning – it’s hard to have just one.

Head down the rabbit hole and into a crazily glorious cake den with, hands down, some of the best afternoon teas in Manchester. The Hatter’s Tea is a personal favourite. Choose from decadent flavours like blueberry and maple sponge or baked vanilla cheesecake or, in the name of National Black Forest Cake Day, we highly recommend the Black Forest gateau. It’s also worth mentioning that all of these cakes nail a perfect level of sweetness, giving you a sugar fix without making you immediately reach for a glass of milk. In fact, Richmond Tea Rooms have an adjoining cocktail lounge, offering up some of the snazziest libations imaginable. Forget milk, you can order up a glass of something considerably stronger to wash it all down with.