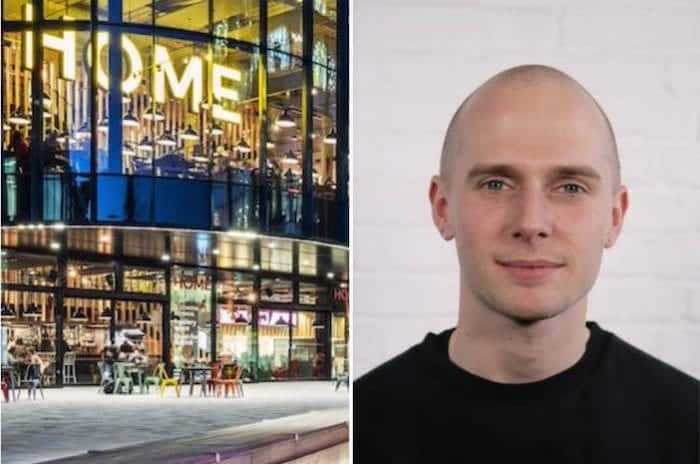 International publisher Penguin has invited some of the most exciting queer voices of the future to Manchester for a night of spoken word and free artistic expression.

Reflecting on how far we’ve come since the summer of 1969 and the famous Stonewall riots, the inspiring group of writers, poets and LGBT+ activists will take over First Street’s HOME theatre tomorrow.

Otherwise known as the Stonewall Uprising, the riots first began in Greenwich NYC in 1969 after the Stonewall Inn – a popular gay hangout at the time that happened to be owned by the Mafia – was raided by police.

At the time, gay Americans faced an anti-gay legal system. They were welcomed by very few establishments, although come the late 60s things like the civil rights movement, the general counterculture of the 1960s, and the anti-Vietnam War movement were slowly turning the tide of public opinion in a more liberal direction.

The Stonewall Inn was frequented by some of the poorest and most marginalized people in the gay community, with a mixed clientele of drag queens, transgender people, effeminate young men, butch lesbians, male prostitutes, and homeless youth, and the raid went on to lead to a series of spontaneous and violent uprisings in the summer of 1969.

Police raids on gay bars were common at the time, but The Stonewall raid proved to be exceptional. Tired of suffering from the police brutality, the gay community finally fought back and the fights lasted for three days.

To this day, the riots remain a pinnacle point of the gay equality movement.

2019 marks the 50th anniversary of the Stonewall Riots, and to commemorate it Penguin live have partnered up with Gay Times to produce the event, which looks to ‘turn up’ the volume on queer voices.

“50 years on from the Stonewall Riots, we want to celebrate and honour the memory of the people who stood up for themselves and their communities on Christopher Street in 1969, and all the people who have fought for LGBT progress ever since,” said Zainab Juma, creative manager at Penguin.

“Against this backdrop, and with a fantastic line-up of some of the most exciting queer British writers and activists today, our mantra for this year’s Penguin Pride tour is TURN UP: turn up for our LGBT family; turn up for LGBT rights; and turn up the volume on LGBT voices.”

The event will be hosted by the multi-award-winning poet and playwright Toby Campion, whose work has been featured on BBC Radio 4, E4 and also BBC1 Sunday Politics.

Other artists performing at the event will include Glaswegian author Kirsty Logan, award-winning poet Andrew McMillan and Paul Flynn – whose book Good As You: From Prejudice to Pride has been labelled as ‘one of the most important books about gay culture in recent times’.

Also on the lineup is Liverpool-based writer Emma Morgan, and LGBTQ+ writer ‘roo’, from Yorkshire, whose debut novel tells the story of a non-binary protagonist and her experiences.

The evening begins on Wednesday 21st August at 7.30pm an includes an interval, giving you time to take in all the wonder your ears have received and reflect. And get some snacks, of course.