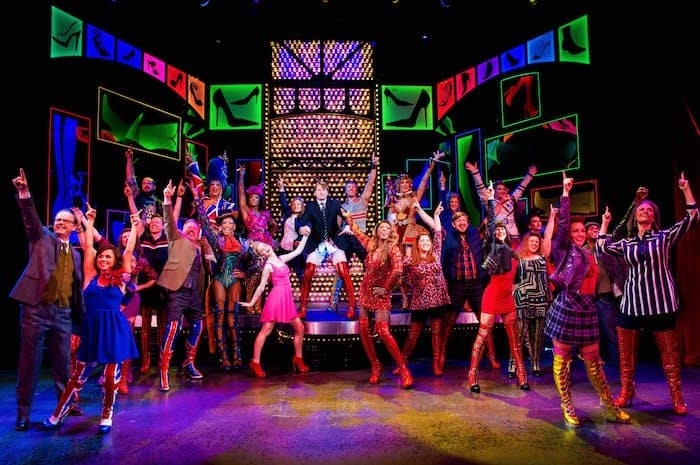 First, it was a movie. Then it was a musical. Now it’s a musical you can watch at the cinema. Talk about meta.

It seems that people just can’t get enough of Kinky Boots.

Following the initial success of the film, the critically-acclaimed musical spin-off has gone on to win pretty much every Best Musical award going.

Now it’s been filmed by live theatre streaming service BroadwayHD and is set to land on Manchester screens on February 4th.

Featuring original West End leads Matt Henry and Killian Donnelly, it will be shown at more than 600 cinemas across the UK and Ireland on 4th and 9th.

Here in Manchester, the musical will be appearing on screens across the region including Trafford, Stockport, Didsbury, Oldham, Rochdale, Bury, Bolton and Knutsford. You can find your closest cinema here.

Speaking about the show, Cyndi Lauper said: “It has been an absolute joy and a privilege for me to play a part in creating Kinky Boots The Musical. This show has a giant heart and I am so grateful that people in the UK have embraced this universal story with open arms.”

For those who don’t know, Kinky Boots’ plot is inspired by true events. A heartwarming hit, it tells the story of two people with nothing in common – or so they think.

Charlie (Killian Donnelly) is a Northampton factory owner struggling to save his family shoe business, whilst Lola (Matt Henry) is a fabulous drag entertainer with a wildly exciting idea.

With a little compassion and a lot of understanding, the unlikely pair learn to embrace their differences and create a line of sturdy stilettos unlike any the world has ever seen. But ultimately, their most sensational achievement is their friendship.

The stage production was originally filmed live for the cinema screen at the Adelphi Theatre, London back in November 2018.