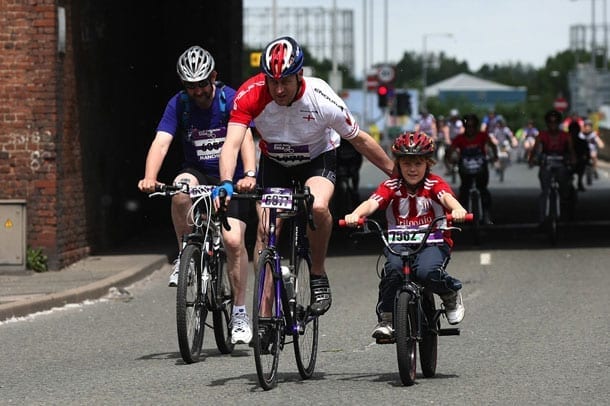 Thousands of cyclists will once again return to the roads of Manchester on Sunday 29th June for the 2014 Great Manchester Cycle. The third edition of the annual event is set to be bigger and more inclusive than ever – especially the family-friendly 13 mile route, which organisers Nova International are inviting children up to the age of 15 to take part for free.

“hop on a bike and enjoy the city streets completely free of traffic.”

Starting and finishing at the Etihad Campus, riders will be free to explore the districts of Manchester and Trafford on 13 miles of closed roads.

A highlight for many participants will be the opportunity to ride on the Mancunian Way motorway, an experience that gives a completely new perspective of the city. With three route options of 13, 26 and 52 miles available there’s a distance to suit all levels of ability.

The Great Manchester Cycle will be the headline act in a weekend packed full of cycling events. Manchester City Council’s ‘Velothon’ weekend will also include the UK’s only dedicated Keirin event, organised by Rollapaluza in partnership with the National Cycling Centre. Held at the National Cycling Centre on 28 June, the evening will provide a fast and furious night of Keirin racing. 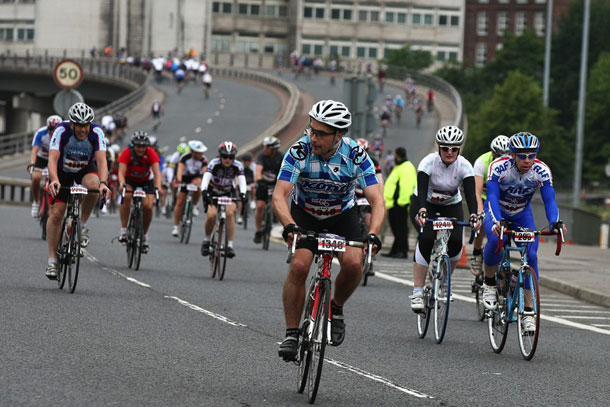 Councillor Rosa Battle, Manchester City Council executive member for culture and leisure said, “The Great Manchester Cycle is a unique chance for everyone, regardless of ability, to hop on a bike and enjoy the city streets completely free of traffic.

She continued, “As the home of British Cycling, Manchester has a history of producing some of the best cyclists in the world but events like this are a reminder that cycling isn’t just for the elite – it’s a fun, healthy and environmentally friendly way of keeping fit and its accessible to anyone.”

“Last year’s event proved incredibly popular, so if you’re interested in experiencing Manchester from a new two-wheeled perspective, now is the time to sign up.”

Entry to The Great Manchester Cycle is selling fast as the record of 8,000 cyclists from 2013 looks set to be surpassed. Organisers have warned participants to secure their entry sooner rather than later to avoid disappointment.

Jamie Still, Event Director of organisers Nova, said, “Last year’s event saw a record number of cyclists take to the closed roads of Manchester. This year will see children cycle for free so we hope this will make The Great Manchester Cycle even more of a fun family day out.”