The life of a football player is not without its challenges. It requires drive, determination and plenty of sacrifice. Unfortunately, not everyone has what it takes to reach the lofty heights of the Premier League. But the youngsters at Fletcher Moss Rangers are making sure they have as much fun as possible.

On a subdued Friday morning at Manchester United’s Littleton Road training ground, Fletcher Moss Rangers Under 7s did their best to brighten up proceedings. With the sun making way for rain, the six young boys put on a show to remember as they went unbeaten at the Manchester United Football Festival.

They were joined by nine other teams from across the north west who had been invited along to the fun day which was aimed at rewarding teams in the local community.

Chairman and development officer Dave Horrocks, who has been involved with the club for 28 years, was on hand to put the kids through their paces and get them prepared for the tough competition on the day.

“The games were staged to give the players a better understanding of actual game situations and they did extremely well by winning all of those.”

Despite their young age the team is full of many great prospects, while one of the players – aged just five – has already got abilities that are far beyond his years.

Throughout the course of the tournament, he managed to pick up a number of man of the match awards and even managed to bag himself a few hat-tricks along the way – to the dismay of his mother watching at pitchside.

“I told him that for every goal he scores I’d give him a pound,” she said. “He’s already got a tenner off me today!”

“From when he was about two years old he was just in the garden kicking the ball and I knew he had a little something from the way he used to kick it. He’d kick it really high and have it under control.

“He’s only recently started playing football this year properly. He was the best player wherever we took him and before long we were introduced to Dave who had him play at United for a couple of months. We also had him trial at City too who asked him to come down after he played at a PFA academy.”

Although it’s still undecided where his future lies, she did admit that, although his dad is an Arsenal fan, his favourite player is Marcus Rashford.

The United coaches who were present on the day were clearly impressed. But it wasn’t just the players who were turning heads.

There was also special praise for the I Love MCR kits Fletcher Moss were wearing, with one coach saying they looked stylish and that it was ‘great to see this generation of kids wearing them’.

Fletcher Moss Rangers are actively looking for coaches to help out for next season. If anyone would like to get involved, contact Dave Horrocks at fletchermossrangers.com 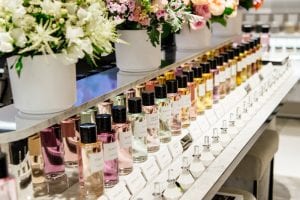