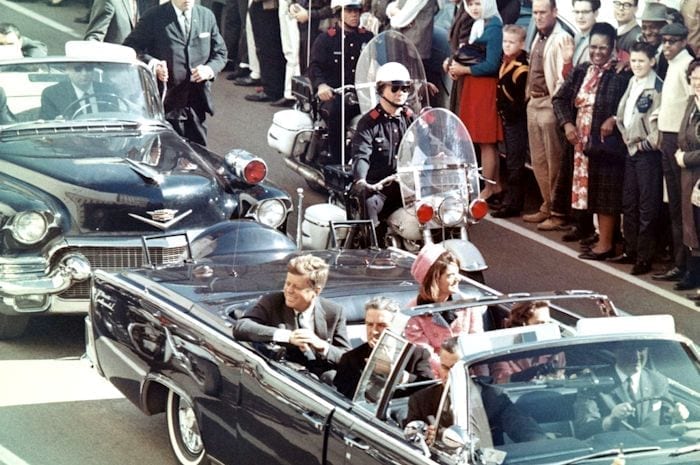 The world is run by a secret group of elites. The Apollo 11 Moon landing was faked. The truth about the harmful effects of vaccines is being deliberately hidden from the public

It’s likely you will believe at least one of these statements to be true because, according to a recent survey by the University of Cambridge and YouGov, 60% of Britons believe in conspiracy theories.

13% of those who took part in the poll believe humans have made contact with aliens and that this has been deliberately hidden from the public. 12% believe the US government was behind the 9/11 terrorist attacks in New York in 2001.

Some conspiracy theories are more plausible than others.

The official version of the assassination of President John F Kennedy in Dallas in November 1963 is that he was shot by a sole assassin, Lee Harvey Oswald, who was subsequently killed by Jack Ruby before he could go to trial.

But more than half of all Americans don’t believe this. One author has estimated that conspiracy theorists have accused “42 groups, 82 assassins, and 214 people by name of being involved in the assassination.”

Dr Kenneth Drinkwater, a senior lecturer and researcher at Manchester Metropolitan University, believes the Kennedy assassination is one of the most – if not the most – intriguing of all conspiracies. And it’s the subject of a Funzing talk he’s giving this month.

“I have chosen the JFK conspiracy because I believe that this represents one of the most important events in history – the murder of one of the most powerful men in the world at that time,” says Dr Drinkwater, whose interests include paranormal beliefs, urban legends and conspiracies.

“It allows those not familiar with the case to hear about the actual events, albeit from my perspective – specifically the official version presented by The Warren Commission and those more unofficial – conspiratorial – questions that arise from problems in the official report.”

The talk will re-examine the events of the day, focussing on some of the curiosities of the case including a psychological appraisal of why the official account is criticised and alternative theories believed.

It will generate thoughts and questions about the conspiracy, the nature of cover-ups, expert testimony, and why we believe one thing at the expense of others.

“I hope to present a balanced view point about the nature of conspiracy, the rational that can be affected by material and the media, which I hope will allow those unfamiliar with the events of 1963 to investigate the case themselves and make up their own mind from a variety of intriguing anomalies.”

Conspiracy Theories: The JFK Assassination takes place on December 12th at Northern Quarter venue Walrus/Tusk. Doors: 7pm. Talk starts: 7.30pm. Tickets are £12 or you can sign up to Funzing to go to as many different talks as you like from as little as £9.99 a month.