Jolly Sailor is proof that good pubs will survive and thrive 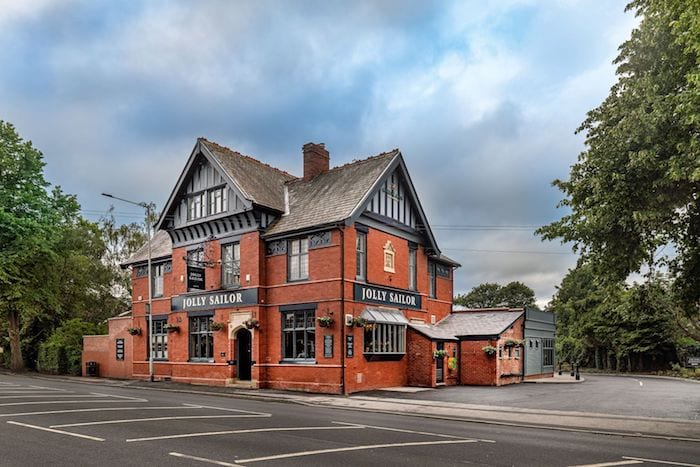 And then there were six. Built in 1895, reborn in 2019, the Jolly Sailor in Davenport brings up the half-dozen in the growing portfolio of trend-bucking Almond Family Pubs.

There may still be 18 pubs closing every week – that fate befell the Jolly Sailor in January 2018 – but former hotelier Doug Almond and son and daughter James and Vicki have come to the rescue of a series of “unloved” hostelries since taking the lease of the Fletcher’s Arms in Haughton Green back in 2002.

Since then their philosophy of doing what’s do-able (and doing it very well) has turned the Hesketh in Cheadle Hulme, Three Bears in Hazel Grove, the Puss in Boots in Offerton and the Spread Eagle in Romiley into thriving success stories. 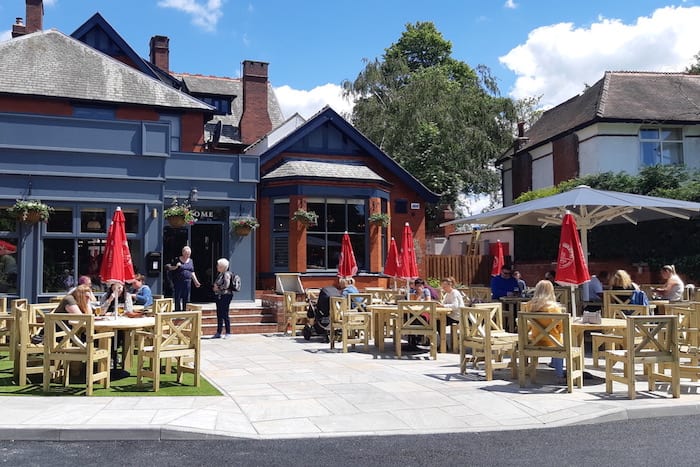 After investing more than a year in planning and construction work and the best part of £1 million, the Jolly Sailor – the only pub for quite some distance on Bramhall Lane – has well and truly hit the ground running.

Our visit on a sunny Thursday afternoon found the place buzzing with families in the newly-built orangery and the vast al fresco patio areas.

The Almonds have made a superb job of the renovations and quality is evident all around. It’s on a different planet from the Jolly Sailor I remember when I interviewed Michael Heseltine there while he was campaigning in the then Conservative marginal Stockport seat ahead of the 1987 General Election. Mrs K, whose best friend lived round the corner, reckons it was probably the first pub she ever entered. 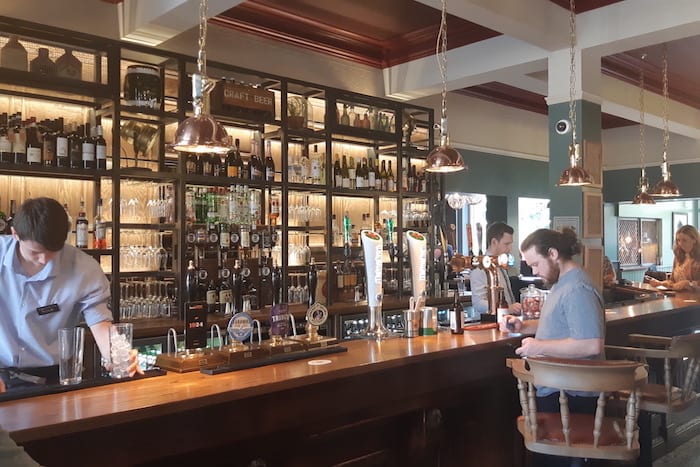 Like the other pubs in the group, the Jolly Sailor boasts an expansive bar with a wide choice of beers, wines and spirits underlining that it is, first and foremost, a pub. And like the others, the menu is anchored by a very attractively presented, top quality carvery (Doug Almond was a butcher by trade) supplemented by copious vegetables that are never less than hot and fresh.

Whether the choice is roast beef, ham, pork, turkey or char sui pork, it amounts to a substantial, satisfying feast of a plateful for £9.25. It’s a regular staple when we go en famille to our local, the Hesketh.

In addition to the carvery, there’s a growing menu of well-established pub favourites; burgers, pizza, grills, pies and so on – crowd pleasers more likely to bust your gut than your wallet. 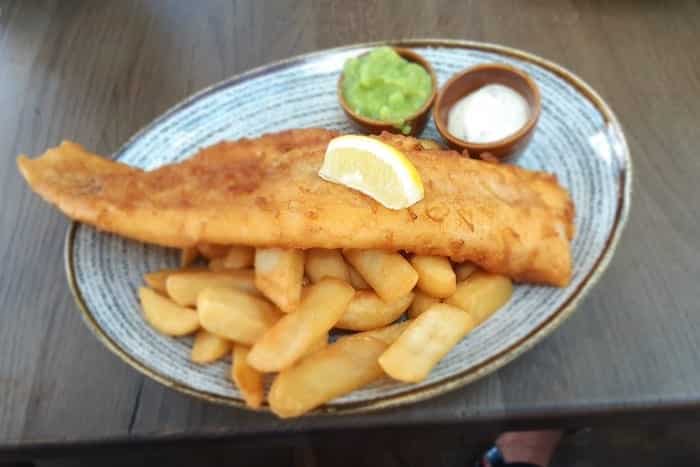 Mrs K’s choice of “Colossal” Cod and Chips (£13.50)  – a beautifully white, fresh and moist leviathan in a light, beer batter jacket – lived up to its name and then some.

The mushy peas and the mountain of top-notch chunky chips, all crisp without and fluffy within, had me – us – struggling.

This was especially so since my “Jolly Burger” (£12.75) – an excellently flavoured 6oz hand-pressed steak burger with bacon, flat mushroom, a slice of beef tomato and smoked cheddar cheese in a toasted brioche – came with a matching mountain of the aforementioned chunkies. 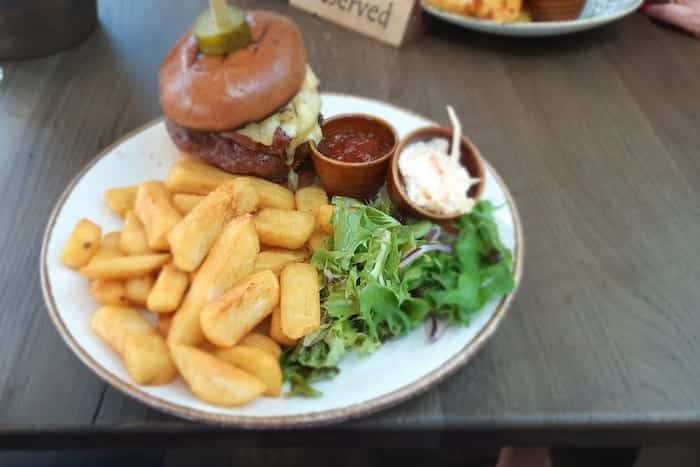 Truthfully these two dishes could have fed four.

And all this after starters of Thai chicken wings (£6), deep fried with chilli and lime dip and breaded halloumi sticks with sweet chilli (£5.95). 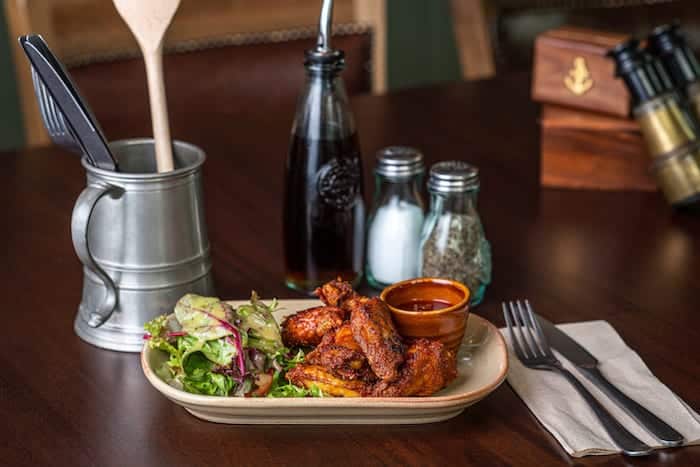 Somehow Mrs K summoned up the fortitude to order dessert – how do women manage it? – and declared her hot and sticky date and toffee pudding with thick toffee sauce and Cornish vanilla ice cream (yet all so dreamily light) “the best ever”.

We drank fresh and generously fruity unoaked Berri Estates Chardonnay (£19.85) from an interesting and affordable wine list, and I had a large glass of Argentine Malbec (£8.15) for pudding.