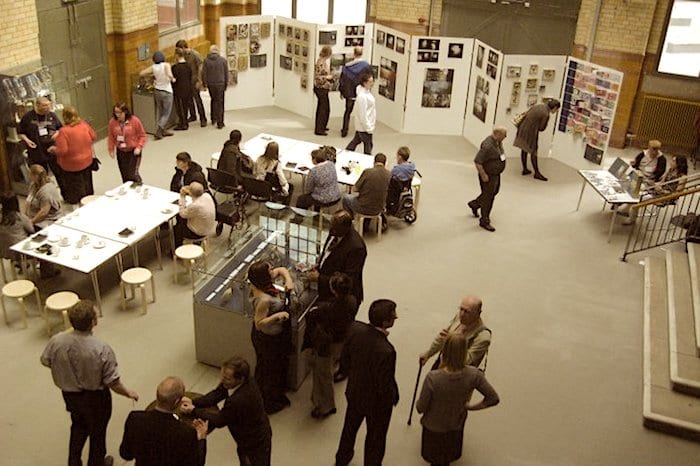 Will the morning of 9 November 2016 see the first woman to enter the White House as president or will Donald Trump prevail?

Whether you’re rooting for Hillary, cheering for Trump, or can’t stand either of them,  the People’s History Museum is inviting politics enthusiasts and early birds alike to gather there to mark this momentous occasion.

In addition to feeding political debate, the museum will also be providing nourishment in the form of a delicious American style fry-up with bacon, fried egg, maple syrup and pancakes or pancakes, bananas and maple syrup, both of which will be available to purchase from The Left Bank cafe bar.

You can also explore the work of one of the most remarkable printmakers of the 20th century – Paul Peter Piech.

Born in New York in 1920, Piech was an artist, humanitarian and campaigner whose work takes on global issues, reflects the horrors of war and makes stark political comment, much of which resonates with issues that have been at the forefront of the US Election campaign.

Dedicated to all Defenders of Human Freedoms sets Piech’s powerful political work against his more melodic prints illuminating his passion for jazz and the American poet Walt Whitman.

Having worked as an advertising man on both sides of the Atlantic, Piech uses popular iconography such as the American flag to communicate his message, much in the way the election candidates manipulate images of patriotism to their own advantage.

For another taste of American history, visitors can also pop into the main galleries to see the desk used by Thomas Paine, one of the greatest Englishmen who ever lived, to write The Rights of Man,  the book in which he argues against hereditary governments and which was highly influential in fuelling the American Revolution.

Dedicated to all Defenders of Human Freedoms. The Art of Paul Peter Piech runs until 12 February 2017. Free entry, donations welcome.