Inside the weird and wonderful world of Manchester’s tribute bands 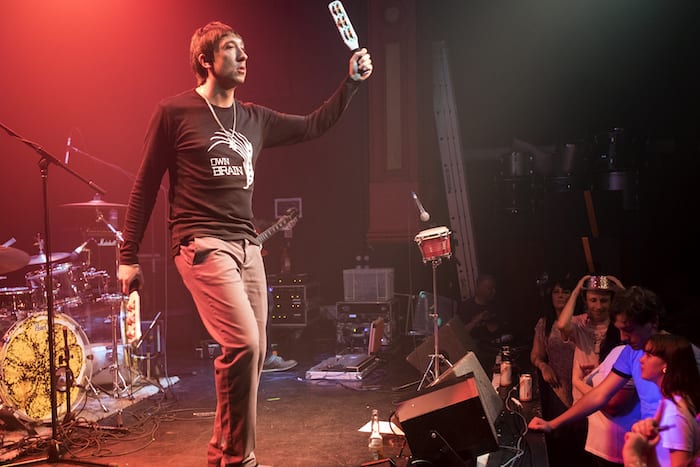 What better way to get in the summer mood than with some classic Manc anthems? Manchester is a city famed for its musical legacy. And although some of the original  Madchester groups are no longer with us, some fun tribute bands offer the next best thing.

What’s the key to a successful tribute? How closely do they model themselves on their heroes? Are audiences mainly older fans of the originals, or young people who never got to see them first time round? And what do the original stars make of their doppelgangers?

Even if you don’t consider yourself a fan of cover bands, hearing from Manchester’s own about their inspiration and stories from the stage offers a fascinating insight. Stop me if you’ve heard this one before… 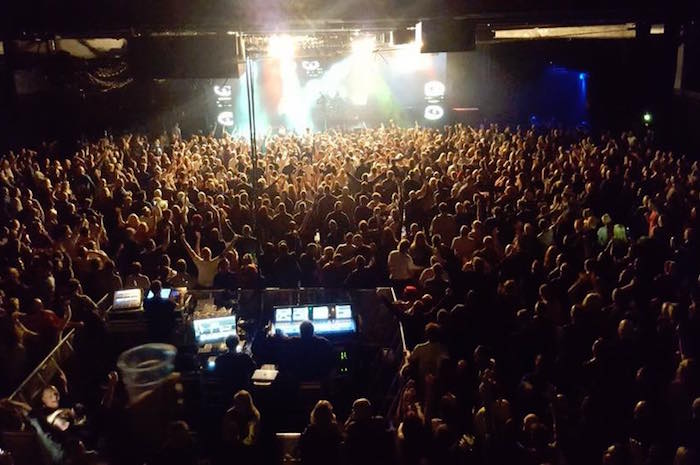 The longest serving and one of the most popular tributes to The Stone Roses, The Clone Roses have the details down to a T – literally. From T-shirts to bucket hats, this four-piece don the fashions and even use the same instruments.

Their attention to detail has paid off. They’ve played the Shiine On weekender, gigged to over 2500 people, and done a UK Tour of O2 Academy Music venues. They really are the resurrection.

“We started a tribute band out of the love of the music,” the band told us. “They are such good songs to play. We put our first gig on in a pub and it was packed! We were hooked. Here we are 20 years later.

“Since the Roses reformation in 2012 we have found that we have a much younger crowd. Families come to our gigs together. The mums and dads go and stand at the back and the younger ones go mental at the front.

“Memorable moments include performing to 4000 people a few years back supporting the Happy Mondays, playing Isle of Wight Festival, selling out Warrington Parr Hall and Manchester Academy and other great venues. As tribute bands go, we are very lucky!” 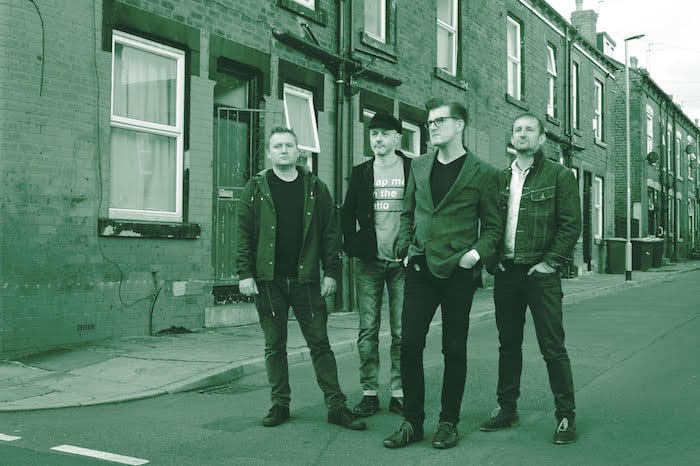 A band claiming not just to be a tribute, but an experience. Formed in 2003, their sound goes down well with fans of the original band as well as a wider audience. These charming men are sure to leave an impression.

“In 2003 our ‘original music’ hopes had pretty much come to an end, yet we still wanted to continue to perform live,” says singer and manager Graham. “A shared passion was the music of The Smiths.

“We spent 9 months practicing weekly before making our debut in 2004 at Putney’s Half Moon. We hoped for 50 people. We sold out. 14 years and 650 shows later it has become our profession.

“A variety of people come to see us, teens right up to grandparents. Some come for nostalgia, others to glimpse what it might have been like to see The Smiths back then. Having seen them myself twice in 1986 I’m able to judge how we are doing. We’ve had some of the original band (Rourke and Joyce) come see us several times.

“Highlights have included being endorsed by Smiths producer Stephen Street, who has become a friend. The first time we played to 500+ people in Belgium, and to 1000+ people at The Ritz Manchester. Then there was our first Glastonbury… and the second and third times…”

Formed in 2004, they’ve also played at the likes of The National Indoor Arena, Manchester Academy and at every single year of Glastonbudget Festival. Some might say they are popular.

And they pay attention to detail. When it comes to instruments, Oasish use the exact same model of Gibson ES355 that Noel uses, as well as custom-made Hi watt and vintage Fender amps to create that big 90s sound. 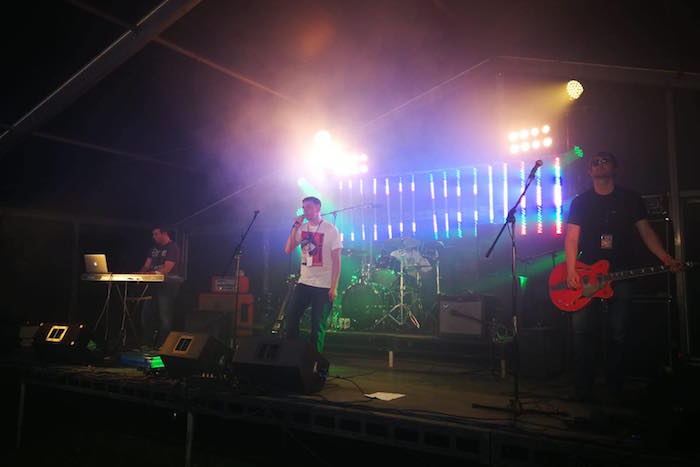 This tribute band are dedicated to getting as close to the authentic New Order sound as possible – so plenty of electronica, synths and blistering bass. Originating from Blackburn, this four-piece consists of Leon Florentine, Andrew McCrimmon, Mick Bamford and Pete Norman.

True Order are one of Europe’s only New Order tributes, and they aim to have your world in motion.

“We used to perform our own songs, but then after supporting The Clone Roses and seeing the audience response we decided that we should try and do a tribute to New Order,” the band told us.

“Our audiences are generally between 40 and 60 although we do get people older and younger coming to watch us.

“One of our most memorable moments was playing at Shiiine festival and people trying to get in one of the clubs there to see us. People were being turned away it was that busy. They came straight from watching Shed Seven to watch us. It was amazing.” 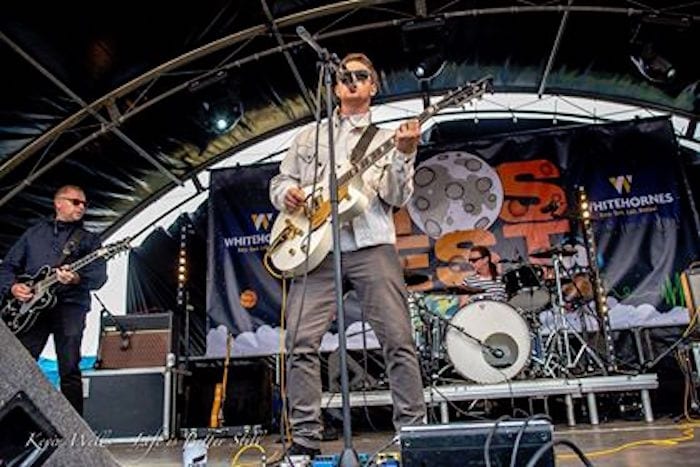 This group decided to start a tribute after seeing the Courteeners at T in The Park, Reading and supporting The Stone Roses in 2016. They claim to be the only tribute to Courteeners in the UK and probably the world.

“Young and old come to see us,” say the band. “Memorable moments are playing Bowlers to 6000 people.

“Highlights too were Mozfest at Sheffield with the fans lighting flares (no pyro, no party), and supporting The Clone Roses on their O2 Academy Tour all across the UK.” 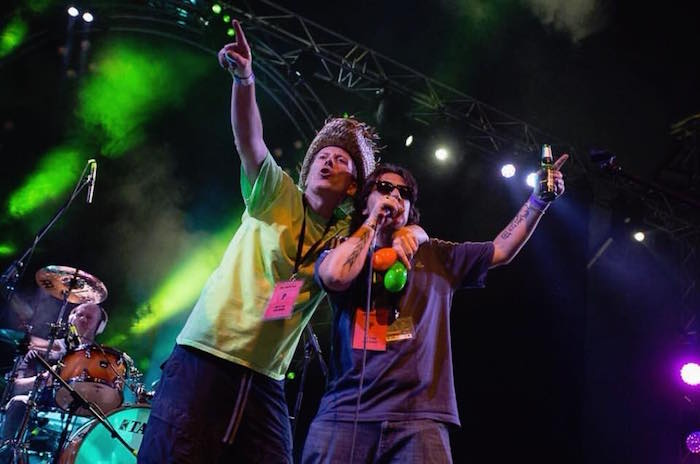 Recreating the 90s Hacienda vibe with relish are Marc (Shaun), Peter (Bez), Adam (guitar), Dave (bass) and Paul (drums) – a fitting tribute to one of the city’s most loved Baggy bands, the Happy Mondays.

“Growing up in North Manchester, football and music were a big part of my life,” says Peter Stretton aka ‘Fake Bez’.

“I’d spent a couple of years in The Hacienda, The Thunderdome and Konspiracy but when I first heard Happy Mondays and The Stone Roses everything changed for me. Add to that The Inspiral Carpets, Northside etc, and we suddenly had a music genre named after my home-town.

“In 1990 I ‘Bezzed’ for a Middleton band called Wax Tablets. I loved it. 24 years later I saw an advert for a Mondays tribute. The chance to reincarnate one of my favourite bands was not to be missed. Myself and Marc (our Shaun) were at G-Mex in 1990 for that great Mondays gig. Shaun on stage with a piece of paper with the lyrics to Step On… superb.

“At our gigs the majority of the audience is from the Madchester heyday, but we get a few younger lads and lasses who know what it’s about. Memorable moments? At one of our early gigs we had Bez on stage introducing the band. We did the Ricky Hatton 10 years charity gig at The Victoria Warehouse, that was fantastic.

“We had Bez, Kermit from Black Grape, a couple of Northside, Degsy and a few others all crammed into our dressing room. And everyone behaved themselves! This year we did a gig in Paris. And we’ve got one booked in Belgium, so things are looking kinky.”

A keen tribute to one of the best-selling boybands in the UK, Take That, this five-piece group delivers a fully-choreographed version of fan-favourite tunes.

Could it be magic? We think so.

They even use the same PA system and lighting, for a show you will never forget – and can even be arranged for private functions. Your own bookable boyband.

Welfare reform gets musical. Okay, so not strictly a Manchester band cover band – but the name is just too good to resist.

They call themselves ‘four lads who shook the Department of Work and Pensions’ and for their self-styled ‘sanction pop’, you can find out more online.

The story goes that they are even entering ‘The Eurosceptic Song Contest’.