New bars and restaurants open almost every week in Manchester. But unlike those that fade away when somewhere new opens, one place is going strong.

Two years after it opened, Menagerie is one of Manchester’s most iconic and unique dining and drinking experiences, with a seamlessly stunning interior decor fully equipped with neon signage, a bathtub ball pool and its very own built-in catwalk, to name but a few of its most instagrammable features.

Costing a cool £1.5m to develop, the 7,500 square foot bar and eatery is majority-owned by Karina Jadhav, with Real Housewives of Cheshire stars Stacey Forsey and Seema Malhotra each owning a stake in the venture.

And it’s not just popular with locals. It’s also known for its celeb clientele, with hardly a weekend passing without the flash of paparazzi light bulbs in the background.

“We’ve hosted tons of celebrities in the two years we’ve been open,” Karina told us. 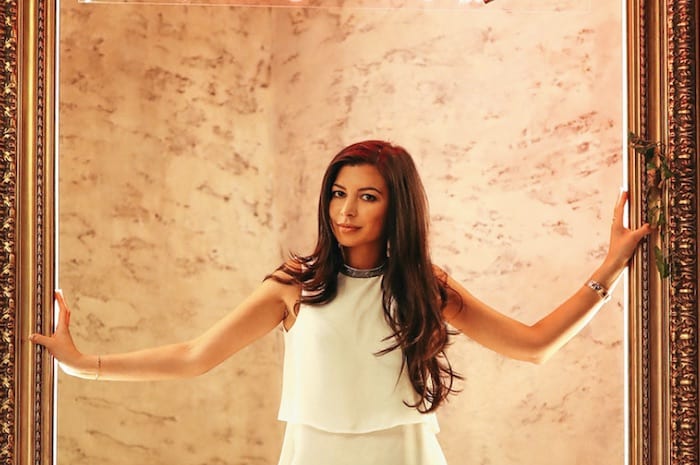 “Most recent are Justin and Kevin, but we’ve also had Tyson Fury, Denise Van Outen, Max Beesley, Anne Marie, reality stars like Charlotte Crosby, the Love Island cast members and lots of soap actors. X Factor’s Louisa Johnson and Yxng Bane who have both been in the UK charts have performed here before. Beyonce’s show team came once. It wasn’t actually Beyonce herself but her dance captain Ashley. We all know who she is and it was really exciting for us because she’s a big star herself.

“It’s been so busy this past week. We weren’t expecting Justin or Kevin to come down so it’s been really hectic. On Wednesday night I was on the way to a fashion show and then to Justin’s concert, and at 9pm we got a call from one of his crew asking us to prep for them to have the after-party at Menagerie.

“We had to get performers in for midnight, make sure that our chef could stay late – as well as our bartenders and other staff – and we had to close it off to the public for 11pm,” Karina told us.

“Justin and his team absolutely loved it. They were all dancing on the catwalk and we got the elephant out which we only normally do at weekends. I think what was really funny about when Justin came down was that he’d gone to the loo and the elephant was out serving dessert and when he got back he was like ‘Guys, I went away for one minute and I come back and there’s an elephant here, what’s going on?’ and it was just really funny. 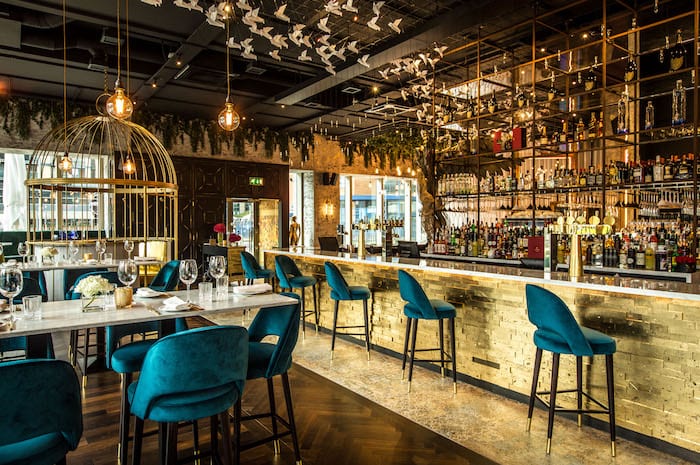 “When Kevin Hart came down, we had a phone call an hour before asking if they could get a table for 25 people so it was a massive rush – having to clear a space and making sure we had enough Hennessey in because that’s what he wanted to drink.

“He brought the production crew with him that are filming for his Netflix show. They filmed inside and they had to put signs up everywhere. I’m not sure how much they actually shot, but they did film some stuff inside which is amazing for us.

“It was just all really chaotic and last minute but it’s been really fun and has been great to meet people that you look up to and admire. I’m a massive fan of both of them so it was really nice – and I’m excited to see which next big star is going to walk through the door.”

An immersive experience for all who enter, a night out at Menagerie is a guaranteed success. With everything from aerial acrobats to dancers, burlesque entertainers to DJ sets, live singers to sideshow acts, the venue’s performers offer a unique atmosphere you won’t get elsewhere within the city.

“I think once people come into the venue, they’re never really expecting it to be what it is, so they’re a bit taken aback by it,” said Karina. “I think they are just really pleasantly surprised by what they discover for a restaurant and bar that’s tucked away in Salford.”