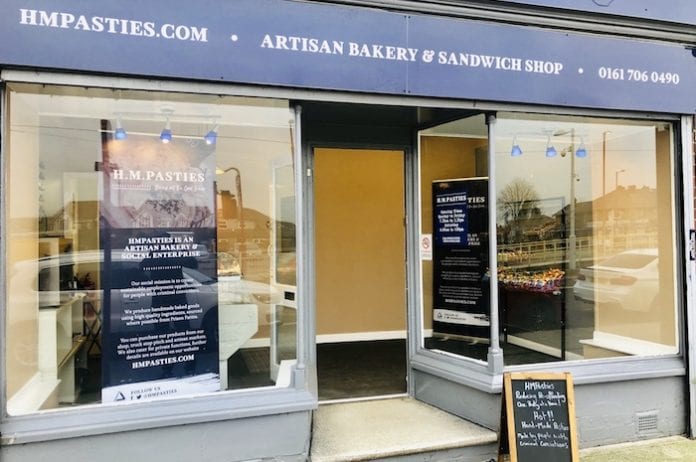 Getting a job in the current climate is difficult enough for graduates with skills and training. So how do you think ex-offenders measure up when looking for work on their release from prison?

The life of an ex-offender isn’t an easy one. All job applications ask you to disclose any criminal convictions and for the most part employers aren’t interested in working with people who have found themselves behind bars for one reason or another.

It’s something that ex-offender Lee Wakeham hopes to change with his business H.M.Pasties – and he’s already achieved a lot in the year it’s been up and running.

Lee endured abuse as a child which led to him going down the wrong path and resulted in him ending up in prison. But now he has turned his life around – and he’s hoping he can do the same for other ex-convicts.

“I grew up in care,” Lee told us. “Without going into all the gory details I became the victim of physical, emotional and sexual abuse throughout my childhood.

“That childhood abuse ultimately led to me becoming a really angry kid. When I was 17, I got dumped into a flat on my own and the only way I ever learnt to deal with my problems was through violence and alcohol abuse. 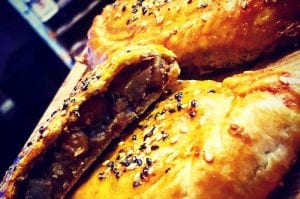 “I became increasingly violent and that’s why I ended up in prison. I moved away from all the bad influences I had in my life and I still found myself getting in trouble. But from my prison sentence in Manchester I found therapy. I can honestly say that the sentence and therapy are what saved my life.”

When Lee finished his last prison sentence at Strangeways, he started working for Groundwork, an organisation that provides support to communities, businesses and local authorities across Greater Manchester with the aim of helping those left behind.

They believe that dignity, respect, and a stable income are vital in the prevention of reoffending – and that helping former prisoners secure employment is the key to reaching this goal.

During his interview with Groundwork, Lee mentioned that he’d like to open his own pasty business – and just six months later, his line manager asked him if he’d like to go ahead and set up the business with their support.

“I gave a presentation to the board and directors of Groundwork – and they gave me £35,000 to set up H.M.Pasties. Initially it was as a pilot project to explore if people would engage with the business. Would they buy pasties and would they buy them if they’re made by people with criminal records?

“I officially started trading in December 2017. We were doing makers markets in Didsbury, Chorlton and Eccles. We were supplying FC United of Manchester for all their home matches. And it worked. We’d sell 120 pasties every time we’d go out to market. 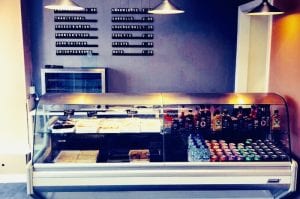 “That convinced Groundwork that it was a viable business. We put in for some funding from the National Lottery and we got that. Then we applied for funding from Santander and were awarded that. Then I launched a crowdfunding campaign and raised £11,000 myself.”

After securing the extra funding, Lee opened his artisan bakery and sandwich shop in Droylsden. He currently employs five members of staff, four of whom are ex-offenders. The only member of the team who isn’t a former prisoner was brought in to manage the business day-to-day so that Lee can focus on expanding the business further.

And one of Lee’s team is currently still in prison – working with the business on day release and returning to the prison in the evening.

“We want to bridge the gap between leaving prison and working in the catering industry. Ex-offenders would get a 12 month placement with us.

“We’ve got another member of staff who worked in catering for six years. She’s got all the relevant qualifications in food hygiene and an NVQ in food prep. She got sent to prison on a three year sentence. She came out of prison in 2013 and hasn’t been able to get a job since. 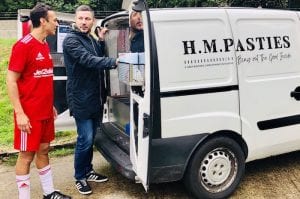 “She’s been working with us since September and now her confidence has really grown and she’s comfortable talking to customers, handling money and change – and she can make pastries and pasties which are actually quite a difficult thing to make.

“One phrase we hear a lot is that it’s great to see people giving ex-offenders a second chance. I really, genuinely don’t believe that it’s their second chance. It’s their first chance. When you look at the backgrounds of the people that we employ, their options in life have been very, very limited.”

Lee is now aiming to develop H.M.Pasties further, growing the catering side of the business and hopefully employing many more ex-offenders in the future.

“We have a catering vehicle and are looking into hosting more market stalls this year. What we really want to grow is our catering side of the business. We want to be a self-funded business. We don’t want to be reliant on charitable income forever.

“We supply the Lowry Theatre, and are potentially looking at catering for the Green Summit here in March. We supply a couple of delis in Didsbury, and we also trade at Manchester University in the marketplace restaurant and some building sites in Salford.

“The dream now would be to land a local football club catering contract – that would be amazing for the business on match days.”