“In Bath, the Regency comes to life right out of the pages of Jane Austen. In Richmond, the places and characters in Dickens pages leap out from every half-timbered corner,” says Kelley, who boasts having been to 80 countries including crossing the Wadi Rumm on a camel in the steps of Lawrence of Arabia and touring the Paris sewers under the old Opera House searching for the real Phantom of the Opera.

So where is this place that so impressed her that she gushes about finding “a veritable tapas of time travel where the history-loving tourist will feel that he or she has fallen down a rabbit hole into an Alice In Wonderland-like journey through time?” 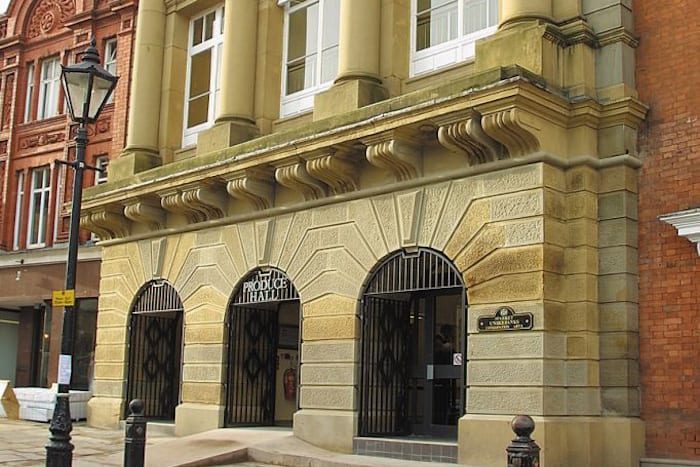 Here’s a clue. It’s 15 minutes from Manchester by train. Much quicker on a Virgin Pendolino.

Take a bow Stockport, where, some locals might feel, the town’s fairly recent discovery of its own considerable attractions has been long overdue.

Stockport Old Town, which now has its own dedicated website and has secured £7 million investment to bring unoccupied heritage buildings back to life, has just seen the opening of The Produce Hall, an Alty Market-style food and drink destination in the historic Market Place.

The initiatives seem to be striking a chord, because the Forbes article says: “This trip, visitors will actually get to meet the real Mad Hatter with a visit to the first major attraction one finds when stepping off the train.”

The Alice in Wonderland link is, of course, the Stockport Hat Works Museum dedicated to the thriving hat industry that existed in Stockport until quite recently (Christy’s, the last hat makers shop closed in 1997).

“The industry lasted here for 400 years (at one time making about 6 million hats a year) and you can see and hear [that deafening sound of textile machinery] the legacy of hatters, mad and otherwise, in the museum.”

Writes Kelly: “One of the features is a step-by-step walk through on how felt hats (those famous British bowlers and the pith helmet that helped build the British Empire) were made. Hatter implements and machines tell the story of the Mad Hatters–Lewis Carroll who wrote Alice in Wonderland was clearly aware of the fact that some of the chemicals that hatters used, notoriously gave them palsy (called “the hatter’s shakes”) and sometimes madness until it was found out and other substances substituted.

“The Mad Hatter in Alice is mad quite simply because his work place was unsafe and the tools he used to make the hats that were such a staple of British culture for centuries were poison.

“At the end of the exhibit, a display of over 400 vintage hats will have fashion lovers in sartorial seventh heaven.”

Next, Kelly encounters the Plaza Movie Theatre, which she says is “a masterpiece of 1930s art deco, “a brilliantly restored” gem, before strolling further towards to Old Town and finding Staircase House.

She writes: “A winding maze of buildings that like the town of Stockport itself, seem to fold in on themselves concealing traces of ancient times within. The houses have rooms decorated to show how residents would have lived throughout the centuries in these buildings that date originally from the 1500s. You’ll start in the Game of Thrones-like kitchens in the basement and then wind your way up through the warren of structures to rooms from the Regency and the Victorian eras.”

Kelly, a guest of Marketing Manchester, paid her final Stockport visit to the Second World War Air Raid Shelter – the biggest in Britain – and got “a sense of what wartime Mancunians (what people from Manchester call themselves) dealt with during the blitz.

“The shelter is left much as it was during the war, with miles of tunnels dug from the rock precipice that overhangs it. ‘Keep Calm and Carry On’ was not just a catchphrase for the survivors of the war here, it was a mantra that they lived every day.”

All fine praise indeed. And she didn’t even visit the Robinson’s Brewery Visitors’ Centre. 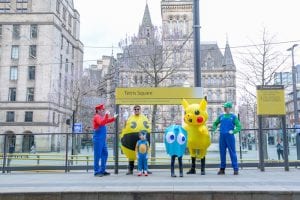 Mario and Luigi, Pikachu and more spotted wreaking havoc on the Metrolink – but why? 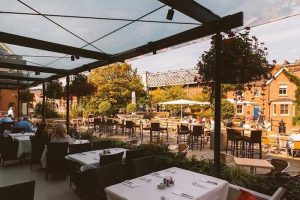 Albert’s Shed have got lunch covered