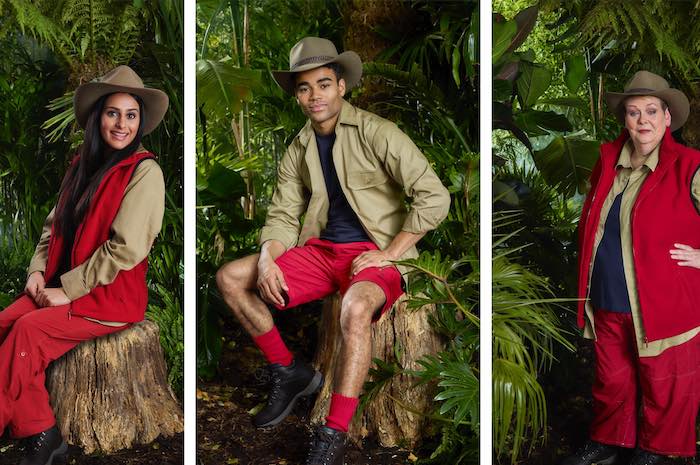 The new series of I’m A Celebrity…Get Me Out of Here starts at the weekend, and three of the Manchester-based contestants heading into the Australian jungle are already among the leading contenders for victory, according to bookies.

Quiz queen Anne Hegerty and Coronation Street‘s Sair Khan, who both live in Manchester, and Hollinwood-born Hollyoaks star Malique Thompson-Dwyer are tipped for success ahead of the show starting on ITV on Sunday.

Here’s more on all the contestants taking part this year.

She has played Alya Nazir for nearly five years on ITV’s hit soap, Coronation Street, but now Sair Khan is looking forward to show how different she is away from the cobbles.

Readily admitting it will, however, be very weird to go in as herself rather than hiding behind a character, the bubbly 30-year-old says she still can’t believe she is going to be on I’m A Celebrity – and she reveals it won’t truly hit her until she arrives in camp.

“My gut feeling was telling me ‘yes’ straight away when they approached me,” says Sair. “And now I’m about to go on I’m A Celebrity, I still can’t believe it! I do think I am still numb and I probably won’t believe it is happening until I walk into camp.”

As the oldest female celebrity going on I’m A Celebrity this year, The Chase’s Anne Hegerty definitely does not want to be treated with kid gloves in the trials as she admits her Asperger’s condition could make life tough for her.

Anne, who stars as the stern Governess in ITV’s popular teatime quiz show, has been open in public about the fact she does have Asperger’s. But she doesn’t want her fellow celebrities to feel sorry for her.

“I do respond well to structure,” says Anne as she reflects on how she will fare in the Jungle. “I think it will be quite structured in there. I will understand ‘at this time I have to fetch wood and water’ – doing that will make sense. But being surrounded by people I can’t get away from or those who talk all the time can be a source of stress.”

The champion quizmaster, who lives in Manchester, also readily admits she is not the type you would find outdoors. “I was the world’s worst Brownie and Girl Guide and I never did camping,” she adds.

As one of the youngest contestants in the camp, Hollyoaks actor Malique Thompson-Dwyer is looking forward to playing plenty of pranks on his fellow celebrities as he also pledges not to rule out finding love under the Jungle stars.

The Hollinwood-born rising soap star, who this year won an award for Best Screen Partnership at The British Soap Awards, is also relishing the chance to show viewers the real him rather than his character, Prince McQueen, whom he has played for two years.

He has been given time off by Hollyoaks’ bosses to take part on this year’s I’m A Celebrity and he will return to the soap afterwards.

“Everything is starting to seem real now and I can’t wait,” he says. “When they asked me if I would like to go on I’m A Celebrity, it did take me by surprise. I am a huge fan of the programme and I didn’t expect at the beginning of this year to be asked! It’s going to be brilliant.”

Actress Emily is best known for her roles in The Inbetweeners and Dad’s Army.  She will be cheered on by her Manchester-based family – her uncle is comedian, actor and presenter Ted Robbins who is known for his role in Phoenix Nights, and her mum is actress and singer Kate Robbins.  She says she will miss most “food and family” while in the jungle.

James is guitarist with The Vamps and says he hopes to become the camp mediator. His bandmates, he adds, are fully supportive of his decision to take some time out from touring to go on the programme. “I am actually going to miss a few gigs in South America and over here in Britain,” he reveals. “I have recorded all my guitar (bits) so they can play that out at the same time. Our bass player is really good so he could play some of them too.”

Former Tottenham Hotspur and West Ham manager, Harry Redknapp, reckons going into the jungle will be far easier than being the boss of a losing football team – although he admits he’s never actually watched the programme.

Best known for his role in Dr Who and spin-off Torchwood, John is set to bring the fun factor to the camp.  The West End star says he is most looking forward to getting some “me time” in the jungle.

Former EastEnders star Rita Simons was persuaded to go in the Jungle by former contestant, Larry Lamb.  Rita – who played Roxy Mitchell for ten years until her character was killed off in 2017 in the BBC1 soap – says: “I am excited about going in the Jungle. I know quite a lot of people who have done it including Larry Lamb. Larry is like my Dad and he is always advising me. He said he couldn’t advise me more to do it as he had the best time ever.”

Ruling out any fears or phobias, TV presenter Nick says he is most looking forward to meeting people he wouldn’t normally work with. “I think finding out more about people in areas I don’t work in will be really interesting”

Talented singer Fleur was runner-up on The X Factor in 2014.  She says she’s going to miss her loved ones and her phone when in the Aussie jungle.

I’m a Celebrity returns to ITV on Sunday, November 18th at 9pm