New ice cream shop A Few Scoops has announced it will be hitting the road, bringing its alcohol infused ice cream, sorbets and ice pops to a variety of venues across Greater Manchester and beyond.

A Few Scoops will be making the tour in its show-stopping pink tuk tuk, affectionately known as Jolene, and the shiny new A Few Scoops bike, named after the icon herself, Dolly.

A Few Scoops is a born and bred Manchester business, the brainchild of Alanna Atkinson who wanted to create a way to blend her love of ice cream with her favourite tipples.

Launching the business in June 2019, the addition of Jolene set Alanna on her way to serving the ice cream of dreams to the city. 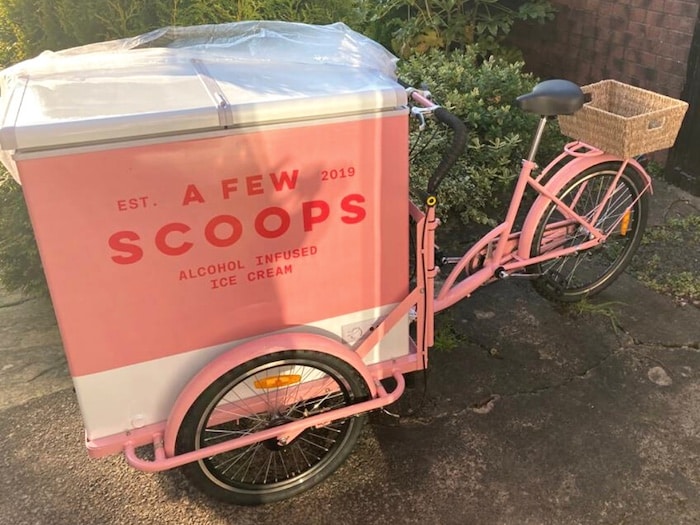 Both Jolene and Dolly will be serving a variety of alcohol infused ice cream flavours including Espresso Martini, Old Fashioned and Pina Colada (vegan), sorbets, Peach Bellini and Mojito (both vegan) and non-alcoholic options including coke float ice cream and cherryade sorbet.

A Few Scoops will also take up permanent residence every Friday and Saturday from the 4th June at Stamford Square in Altrincham.

Stamford Square will include a Not So Secret Garden, a new community hub popping up in the heart of Altrincham.

The new suburban oasis will have plenty of al fresco seating, a solar powered green pergola, deckchairs and a lush flower wall. Plus, there will be a programme of activities and workshops around values of sustainability, wellbeing and community as well as homemade ice cream provided by A Few Scoops. 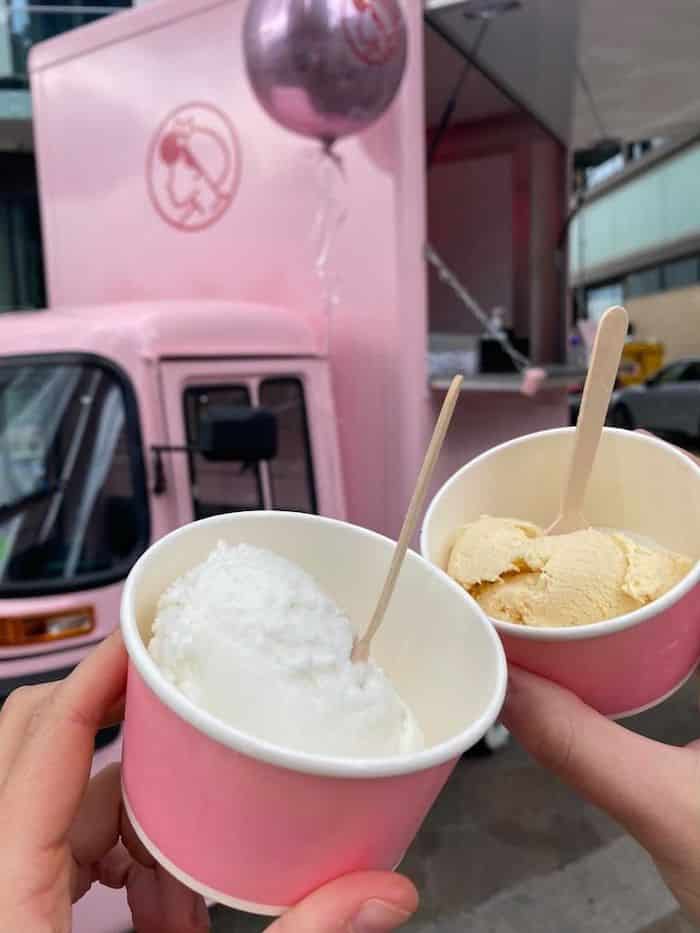