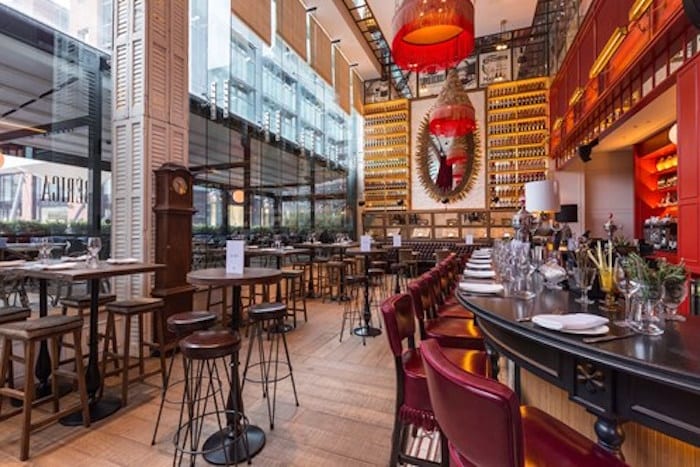 Nacho Manzano is one of Spain’s most respected chefs. His acclaimed two Michelin-starred restaurant Casa Marcial is set in a tiny village in the foothills of the Picos de Europa mountain range, not far from the Cantabrian Sea.

It’s a region with rivers, lush meadows, mountainous peaks and beaches along its beautiful northern coast, and is known for having its own cuisine including seafood, stews, cheeses and cider.

Casa Marcial is much more than just a restaurant to Nacho. For it was in this mansion, hidden in the mountains, that the chef was born and grew up.

Nacho’s dishes are all about reflecting his culinary roots, blending both tradition and innovation, and Casa Marcial is a place of pilgrimage for all lovers of Asturian food

But perhaps a trip to Northern Spain isn’t on the cards anytime soon? Well, fear not, because Nacho is also executive chef for Spanish restaurant group Iberica, and a selection of his dishes will appear on their new menu in Spinningfields this Spring.

We went along to meet Nacho and find out more about what’s on the new menu, and the story behind it.

It all starts with some seasonal vegetable dishes, and what Nacho humbly refers to as “salads”.

On another plate, a  selection of root vegetables is pickled in cider vinegar or citrus juices, crunchy and intensely flavoured but still light and refreshing.

Sticking with vegetables, and a tender griddled aubergine steak is glazed with an 11-vegetable stock, which has been cooked for eight hours. It’s served on a bed of ceps and garnished with walnuts and rocket cress.

Delicate roasted leeks are dressed with a leek oil made from the green leaves (nothing is wasted), horseradish and almond emulsion, dotted with crunchy toasted almonds.

A whole Cabra redfish from the Cantabrian sea fried in crispy batter – head, tail, fins and all – is a signature dish from Nacho’s more casual restaurant and tapas bar Gloria.

We’re encouraged to pull it apart with our hands and eat the lot. We happily, messily oblige.

And when it comes to pudding, it’s all about chocolate with a mixture of rich chocolate  ganache, sponge, ice cream, meringue and crumble served with peanut cream and apricot sauce.