Real Junk Food Manchester wants to change the way Mancunians think about food waste. The not-for-proﬁt community interest company directed by Corin Bell creates breakfasts and lunches from ingredients that would otherwise go to waste, and charges on a pay-as-you-feel basis.

They put on two fine dining evening events a week, with a series of special guest chef collaborations raising the bar for what can be produced using food that would otherwise have ended up in the bin.

It’s a bit like Ready Steady Cook but with an ethical purpose. 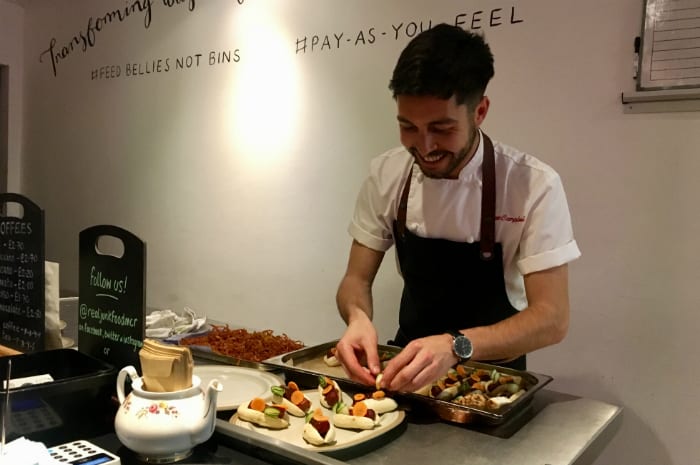 Matt ﬁrst learned his trade at the famous Michelin-starred restaurant L’Enclume. He came second in BBC’s Young Chef of the Year competition aged just 20, before embarking on a global culinary adventure which saw him honing his skills as a private chef for VIPs in France, and travelling and cooking extensively around the world.

When he appeared on MasterChef, his dishes were described as “outstanding” and “stunning” by the judges.

But how would the talented young chef fare when faced with creating a fine dining menu just using food that would otherwise have gone to waste?

Matt arrived on site the evening before his first event to ﬁnd out what ingredients he would be working with.

With help from the Real Junk Food in-house chefs, he had hours to create and prepare a ﬁne dining menu for 45 guests using only these ingredients, and veggie, vegan and gluten-free options, too.

And he had to pull out all the stops to elevate food that would have otherwise have been wasted into a feast ﬁt for some hungry Mancunians.

Matt became famous on MasterChef for fusing nutrition with gastronomy, often with a focus on vegan food, and his impressive menu for the Real Junk Food Manchester Challenge showed a lot of creativity and skill.

“A lot of the herbs came from Ocado,” explained Matt. “It’s really good quality produce. This morning we went to New Smithfield Market. All this fruit and veg that is perfectly ripe just gets chucked or goes to animal feed. I was like a kid in a sweet shop.”

The dinner started with a full-flavoured Thai hot and sour soup with edamame and coriander, followed by roasted broccoli with pickled shallot, kale and basil cashew cream – an inventive way of using the nuts which had been donated. 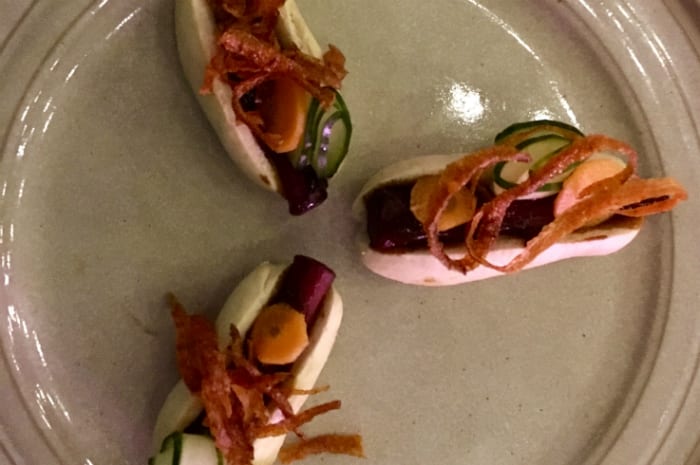 The next dish was an utterly delicious, vegan-friendly hot dog made from carrots in a steamed bao bun, topped with sticky hoi sin sauce and crispy carrot skins. “It’s almost like vegan junk food,” said Matt.

The main course – introduced as ‘coconut Nando’s chicken’ – was made using chicken that was perfectly edible but would otherwise have been discarded by a chain restaurant rather than re-cooked from the blast chiller.

It was the only piece of protein on the menu.

“Hopefully ours doesn’t look like a plate of Nando’s,” joked Matt, adding that he also used the bones from the chicken to make the broth at the start.

The chicken was a fragrant Thai-style creation, cooked with coconut and served with aubergine satay, mango and peanut crumble. 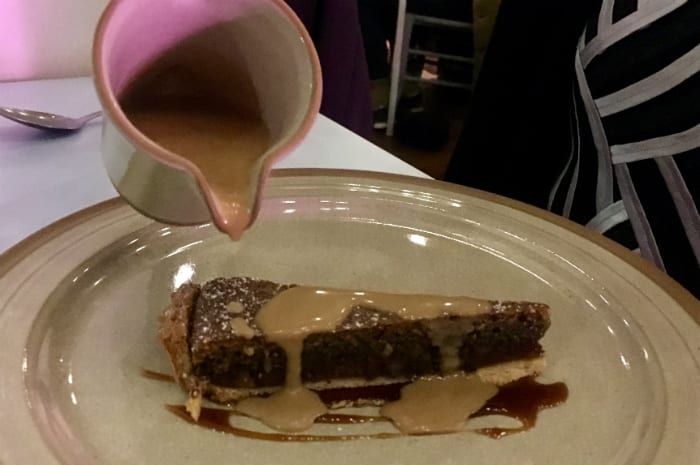 The first of two desserts was a rich cacao and banana delice with dates and a smoky peanut butter, another vegan-friendly dish.

“On MasterChef: The Professionals I thought it would be cool if I could convince Gregg Wallace that you don’t need loads of butter and cream in a pudding. It went down really well.”

The second dessert was coffee tart with Jerusalem artichoke and date compote, with hits of sweetness coming from the fruit, maple and agave, and a cake custard made by infusing donated cakes into a into plant-based milk.

Matt was thrilled to accept the Real Junk Food Manchester Challenge, and his inspired banquet went down a storm with the guests.

“It’s an awesome project,” he says. “I feel very proud to be part of it. It’s trying to make people change the way they think about food waste.”

Our verdict? Challenge successful. Matt’s Real Junk Food dinner was inventive, healthy, and showed real creativity and skill. To produce dishes of that calibre from food that would otherwise be considered waste was a revelation. 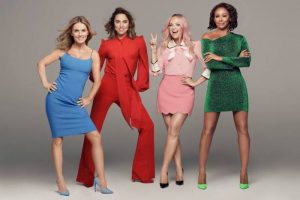 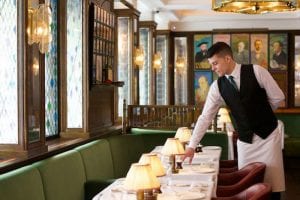 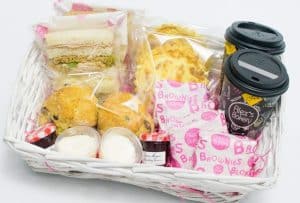