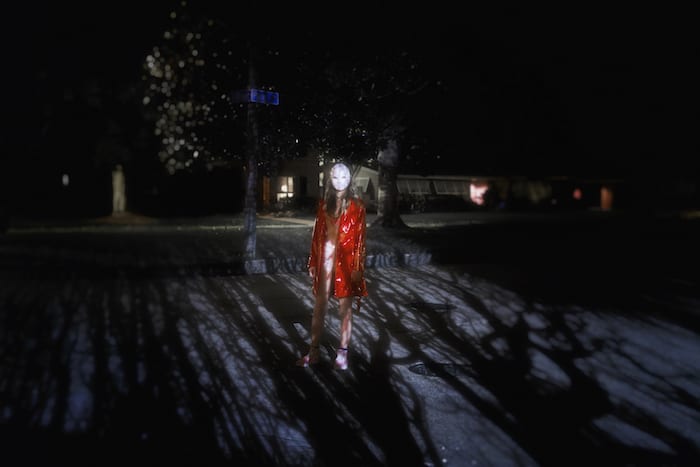 Halloween means scary movies, and the good people at HOME have conjured up a terrific selection of spooky spine-tinglers for their FilmFear season.

Starting this week and running – and screaming – until Halloween, the season includes a mixture of sneak previews and classic horrors, with some special guests thrown in for good measure.

In addition to the films, there are also some special events, such as a book signing with Matthew Holness (writer-director of Possum, based on his short story) and a listening event, featuring a chance to hear a radio version of Nigel Kneale’s legendary lost 1963 TV play The Road, about the investigation of a haunted wood in 1768.

Here is the full list of the films appearing in the season. Please beware: the last ten minutes of Possum are the scariest thing you’ll see all year.

Based on a story by John Ajvide Lindqvist (of Let the Right One In fame), this utterly bizarre Swedish thriller stars Eva Melander as a customs official with a super-sensitive sense of smell. When she meets a mysterious stranger (Eero Milonoff) who seems to share her ability, she’s pulled into a dark journey of self-discovery with a fairytale twist. A Scandi smorgasbord of horror, romance and fantasy. Friday 26th October, 8.30pm.

Preview: One Cut of the Dead

One of the highlights of this year’s FrightFest film festival, this Japanese meta-comedy is a cult classic in the making. To say too much about it would spoil the surprises in store – suffice to say that it begins with a bravura 40 minute single-take zombie movie, before spiralling into a brilliantly clever and screamingly funny comedy about the thrills and spills of low-budget filmmaking. Saturday 27th October, 6.10pm. 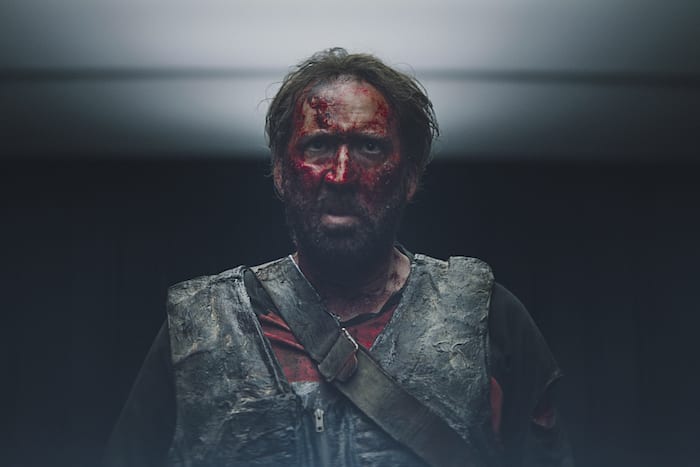 Nicolas Cage delivers one of his wildest performances to date – and that’s saying something – in this new violent revenge story spiked with black magic. He plays a lumberjack spurred into violent action after the love of his life (Andrea Riseborough) is abducted by devil cultists. Director Panos Cosmatos (son of Rambo director George P. Cosmatos) plunges you into a nightmarish sensory overload of sound and colour, so that Cage swinging his axe actually comes as something of a relief. Saturday 27th October, 8.20pm, with additional screenings Monday 5th November, 8.25pm and Friday 9th November, 8:25pm.

A slice of spooky 1988 B-movie fun from horror maestro John Carpenter, starring former WWF wrestler “Rowdy” Roddy Piper as a drifter who discovers a pair of sunglasses that allows him to see that aliens have taken over the Earth. Subversive and satirical, it also features an extended fight scene that was famously parodied in South Park, as well as the immortal line: “I have come here to chew bubble gum and kick ass…and I’m all out of bubble gum”. Sunday 28th October, 4pm.

Belgian co-directors Hélène Cattet and Bruno Forzani follow their acclaimed giallo tribute double of Amer and The Strange Colour of Your Body’s Tears with this violent and colourful pastiche of European crime thrillers. When a group of gangsters descend on a middle-aged artist’s remote hilltop hideaway, the stage is set for the mother of all shoot-outs. Brimming over with stylistic excess, the film is a delirious deluge of colour, sound and unabashed weirdness. Fabulous soundtrack, too. Sunday 28th October, 6.20pm. 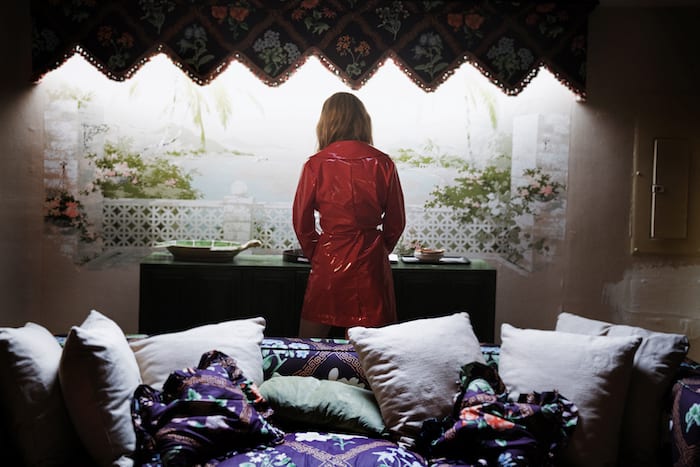 A modern day take on the Salem witch trials, this ferocious black comedy depicts a community’s descent into chaos and violence after the online secrets of a group of high school girls (including Odessa Young and Bella Thorne) are exposed in a targeted hack. Outrageous, provocative, thrilling and horribly relevant, this 2018 blackly comic satire comes with a list of trigger warnings in its opening caption so don’t say you weren’t warned. Monday 29th October, 6.10pm. 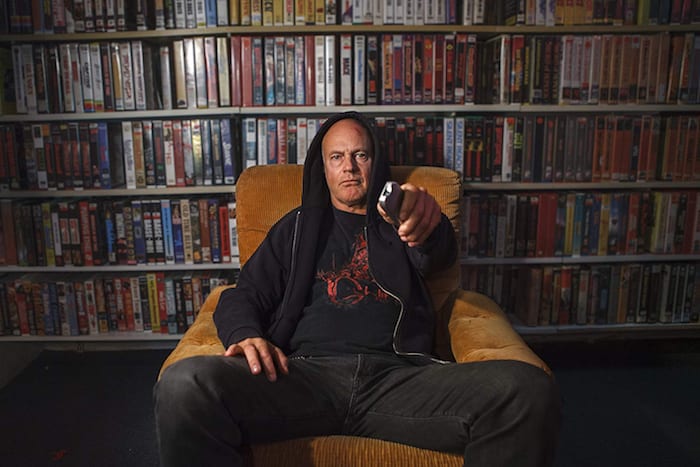 Directed by Kristian A. Söderström, this new Swedish oddity delivers an offbeat blend of mystery, thriller and romance. Stefan Sauk plays an alcoholic VHS collector whose prize possession is stolen, prompting a hunt for the perpetrator. When he meets a woman (Lena Nilsson) who’s obsessed with the ’80s, the pair begin a troubled romance, with the film making pointed observations about obsession, addiction and self-destructive behaviour. Monday 29th October, 8.40pm. 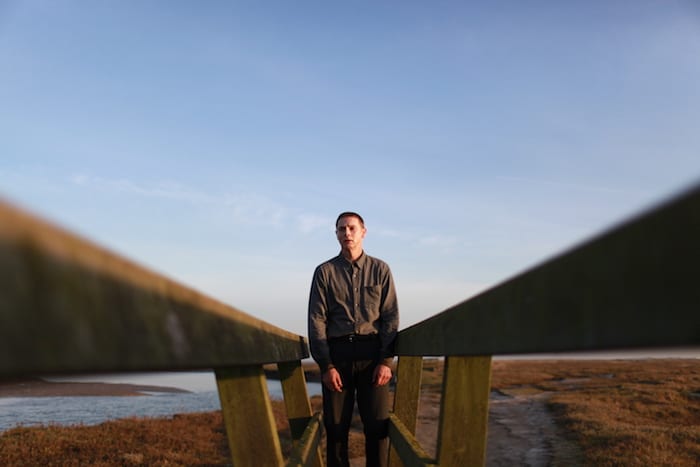 “Can you spy him deep within? Little Possum. Black as sin.” So begins the creepy children’s poem that features in this terrifying debut feature from writer-director Matthew Holness, creator of Garth Marenghi’s Dark Place. Sean Harris plays Philip, a disgraced children’s entertainer who keeps trying to dispose of Possum, the hideous hand puppet he keeps in a black leather case. With its minimal dialogue and daring storytelling, this is a deeply disturbing tale that will give you nightmares for weeks. Don’t say we didn’t warn you. Tuesday 30th October, 6.20pm, followed by Q&A with the writer.

Mother and daughter Janet Leigh and Jamie Lee Curtis co-star in this creepy 1980 classic from director John Carpenter about a mysterious fog that rolls into a small coastal town, one hundred years after the sinking of a ship. Spooky spectral shenanigans ensue, accompanied by a spine-tingling score from Carpenter. Tuesday 30th October, 8.40pm.

Saw franchise director Darren Lynn Bousman helms this ’50s-set atmospheric chiller about a young pregnant woman (Sabrina Kern) who arrives at a rural convent, hoping to have her baby in secret without her identity being discovered. Darkness descends as the Mother Superior’s (Carolyn Hennesy) sinister agenda is revealed, and the film is all the more terrifying for being rooted in human behaviour rather than anything supernatural. A fine example of the nunsploitation genre. Yes, that’s a thing. Wednesday 31st October, 6.30pm.

Sam Raimi’s 1981 horror classic gets the prime spot of the season with this Halloween screening. Cult figure Bruce Campbell stars as one of five friends who travel to a cabin in the woods and unwittingly unleash an evil force that picks them off one by one. Fuelled by Raimi’s fast and furious direction, this is a non-stop schlock-fest shot through with jet black humour. That bit with the tree is still a bit dodgy, though. Wednesday 31st October, 8.40pm.

The FilmFear season runs from 26th – 31st October at HOME. Tickets for The Road event are free to anyone attending other FilmFear events (booking required).