HOME is where the art is for Manchester’s young creatives 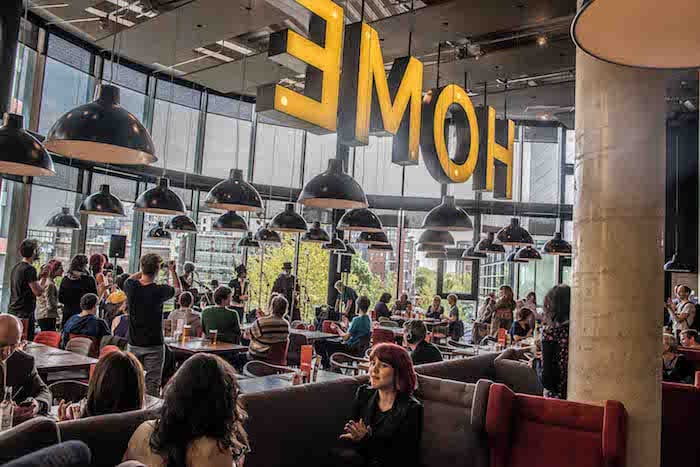 Ever seen a theatre without actors, a gallery without artwork or a cinema without film?

Well now you can. Some of Manchester’s brightest young creative people will be turning  HOME on its head throughout August with This Is Human – a series of events which will challenge the way you view art, making it fun and engaging for all.

Project X, a collective of 11 18-25 year olds, was set up by HOME last year as a risk-taking project to recruit young people keen to be creative.

Now its ready to unleash the best of the work of young filmmakers, artists, photographers, writers – and a scientist.

It’s all about interaction with sensory installations, a public mind garden, huge puppets and a specially curated film season.

But why let a group of 11 young people take over Manchester’s prestigious centre for art, theatre and film?

Artist Lucy Grayson says: “HOME is a place that is always challenging the mainstream when it comes to art, supporting emerging and underground artists, and giving them a platform in the beautifully diverse city of Manchester. This is Human is about challenging the way we display and perceive art.”

It kicks off with a preview of David Fawcett’s Us in the Granada Foundation Gallery introducing the Project X Collective and featuring photography showcasing the group’s past and present.

The official launch party on Wednesday 9th August will feature a colourful puppet parade passing through Tony Wilson Square and reaching HOME’s gallery, where a massive interactive puppet will be on display.

HOME’s foyer will be transformed into a public mind garden featuring an interactive game Weasel Nation. If you played Whack-a-Mole as a kid you’ll be able to relive it in a digital way.

The theatres will be turned upside down too. In Theatre 1 you can discover ReTreat, a sensory installation which uses only sound, lights and projection.

In the gallery, you’ll be able to see one of the most unusual features of This is Human – a large-scale, interactive puppet standing tall with no indication of age, gender or place of birth.

If puppets aren’t your thing, then perhaps cinema is. The This Is Human film season is curated by Lucy Grayson who has selected everyday stories that everyone can relate to. Screenings include classics like Fish Tank (3 Aug), Mustang (10 Aug), Little Miss Sunshine (17 Aug) and Blue is the Warmest Colour (24 Aug).

It closes on Saturday 26th August with In Motion, a stripped-back experience like you have never seen before.

“In my opinion, there is no better place than Manchester for young emerging artists at the moment,” says Project X artist Joshua Wilkinson.

“We are privileged to live and work in such a diverse and cultured city where opportunities arise within a safe creative environment.”

This is Human begins on Thursday 3 August and runs until the end of the month.