Hilton Deansgate Cloud 23 Reviewed – Not a Cloud in the Sky 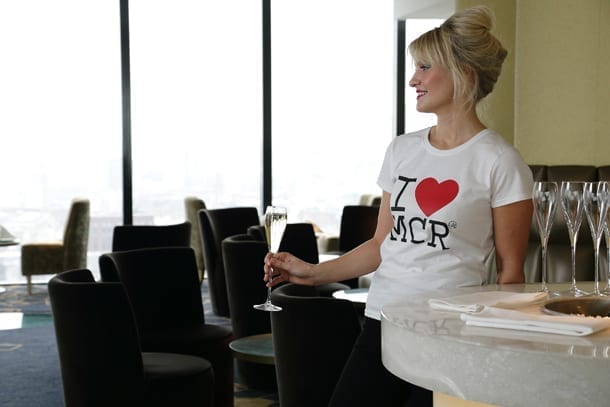 I know it’s been a while but what with half the team boxing, falling in love, jetting off to Ibiza, being working mums, well we just haven’t been out and about reviewing.

“…it can be annoying waiting for that lift to the 23rd floor… and looking like you’ve not quite made the grade… but frankly it’s worth the wait.”

But just before the big fight, Ginger and I found a mutual window to mozie down to Cloud 23 to try out the food and a few cocktails or five with our tag team of the gorgeous Jenny and Jonathan.

Standing between Ginge and Jon, I felt a little like a tiny, midget Chadders, dwarfed by their pre-fight muscles and pent up adrenalin. Jon even helpfully showed me how to walk down a street and make other people get out of your way (even cars) by glaring at them. Not quite so effective when you’re a smidgen short of 5.5. 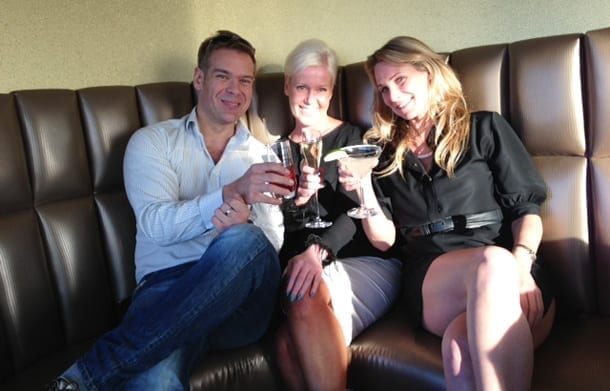 The first thing to say about the Hilton is that it can be annoying waiting for that lift to the 23rd floor and being told it’s full and looking like you’ve not quite made the grade in the lobby, but frankly it’s worth the wait.

On the night we went it was Summer, or as much Summer as it looks like we’re getting and it was spectacular.

The new refurb with the nets pulled back gave a glorious view of our beloved Manchester, with beams of sunshine dancing and blessing the city centre architecture with a tincture of sky blue light that was magical.

Honestly, If the sun ever comes out again, head down (or should that be up) there and enjoy the panoramic views.

We had a dove grey booth to ourselves and a lovely waitress in her award-winning Merabi uniform -if I ever have to wear a uniform I definitely want Nadine to design it. 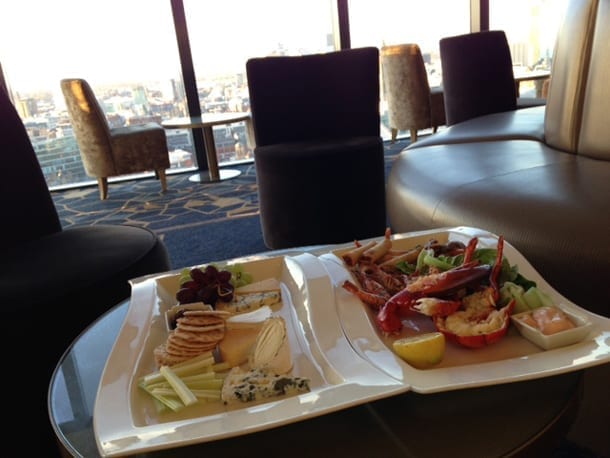 But then disaster struck, there wasn’t food on offer, there were platters. Now platters to Swinton Ginger are not food. Especially not a Ginger three days before the big fight. I actually thought he might cry or turn into the hulk and rip his T-shirt.

Jon meanwhile was taking the platter news in his stride, smoking a dodgy looking cranberry electronic fag – in fact in the absence of The Gay, Jen dubbed the boys our ‘fake fags’ as they opted for margarita cocktails and confessed to man love of Ryan Gosling.

There’s a fantastic and classy cocktail menu (starting from a very reasonable tenner for the view you get) and a whole champagne menu as well – superb, at least the Pommery Brut at £12 a glass I was supping was.

But back to the platters. There’s three to choose from so we naturally we chose all three. 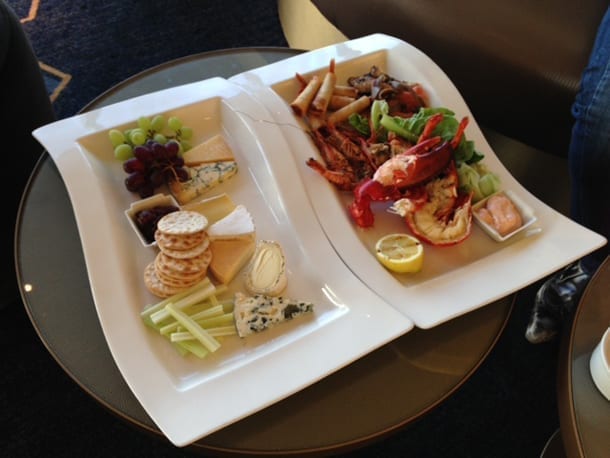 There’s basically, cheese, fish and meat or if you want to be David Cameron about it, charcuterie. I tried to find them on the website and couldn’t, but if memory serves they ranged from £33 a pop.

That might sound steep but when they came, they weren’t just any old platters – we’re not talking ‘mums gone to Iceland party food’. These are the David Gale of platters and as you would expect from the chef extraordinaire, absolutely gorgeous.

At least what bits Jen and I could pinch to taste while the boys dived in, well like boxers before a big fight.

The fishy offerings included lobster, crab, smoked salmon, naked prawns and prawns in perfect light batter, anchovies and basically everything I love from the seabed and up. Absolutely perfect for picking at while you’re quaffing.

The charcuterie was a meat feast of perfect pork in various forms, with moist morsels ideal with the wafer thin French bread and various pickles.

The cheese we’ve reviewed here before but for me is the piece de resistance, with everything from the best in brie to English classics and my favourite blues.

There’s not a lot more I can say about what essentially is three platters, but they are fantastic platters and really are the perfect way to keep you going for a night on top of the world.