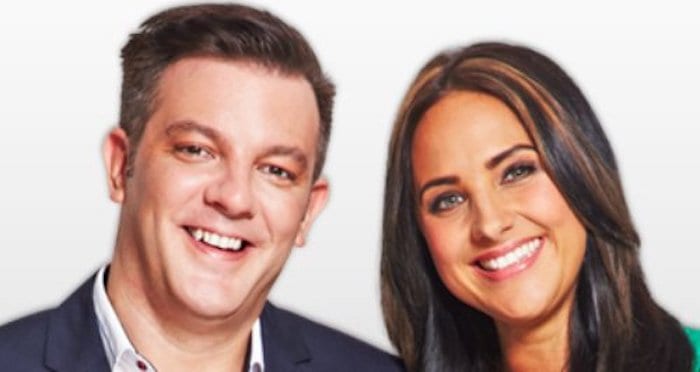 Popular radio duo Joel Ross and Lorna Bancroft woke up Manchester for the final time on the Heart North West breakfast show – amid a huge shake-up of the station.

Joel and Lorna have won an army of fans with their warm northern banter on the Heart Breakfast show across the north west for the past five years.

But on Friday morning it was time for their final emotional goodbyes on the station, much to the dismay of their fans. Heart’s owners, Global Radio, have made radical changes across the UK on its local stations, with a new national Heart Breakfast show to roll out instead of the local programmes from Monday June 3rd.

The new breakfast show will see Britain’s Got Talent star Amanda Holden and TV star Jamie Theakston become the new duo to wake up Manchester – and the rest of the UK. 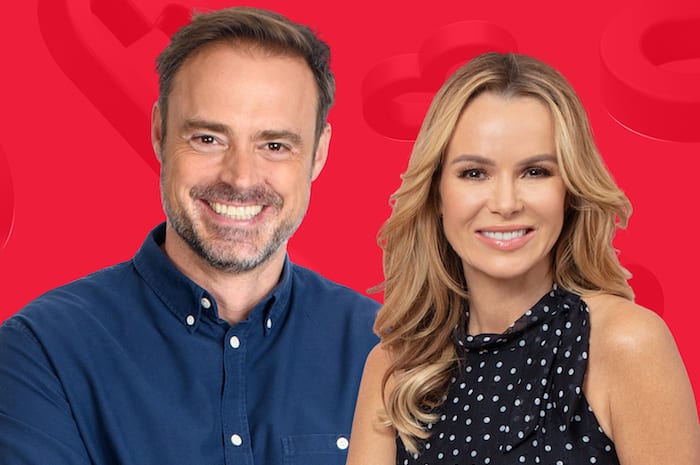 It’s a move that has left many listeners unhappy and fans have taken to Twitter to tell of their sadness that Joel and Lorna are leaving the station, many saying they want to “start a petition” to keep them.

Properly gutted that @lornabancroft and @joelrossradio won’t be keeping me and my princess entertained in a morning anymore 😭 my 6 year old just said she’s never listening to the radio again it’ll be too sad 😂 @HeartNorthWest can we start a petition? 🙈 #dontgo #keepthemon

It was an emotional final show for the pair on Friday, with Joel joking about who would cry first and Lorna admitting all the lovely comments from fans that were sent in on Friday might start her off.

Neither Joel, 41, or Lorna, 40, have confirmed where they are heading next after leaving Heart North West, although they both joked about what their new roles might be, with Joel admitting that if Theresa May leaves her job as Prime Minister, he’d be interested to take on the task!

A tearful Lorna paid tribute to Joel, saying: “Hands down the most talented funny guy I’ve ever worked with and I’m going to miss you.”  Joel signed out of the show for the last time saying: “Thank you for spending lots of time here and here’s to a new era of Heart.”

The team shared a video showing the duo’s best moments over the past five years which was shared on social media with the caption “Thanks for listening”.

Thanks for listening ❤️

Heart announced their new breakfast team last month would be Amanda and Jamie.  Managing editor of Heart, James Rea, said at the time: “We have been working hard behind the scenes to be able to announce some huge changes to Heart.

“Amanda Holden brings a fresh energy to the brand-new national Breakfast show and we’re delighted that she’s now part of the Heart family. Both Jamie and Amanda’s infectious humour and engaging personalities will certainly brighten up mornings across the UK. We wish them the very best of luck ahead of their first show together on Monday June 3rd.”