Local trivia buff? This new game will test your knowledge with questions about Manchester’s famous people, music, events and sport 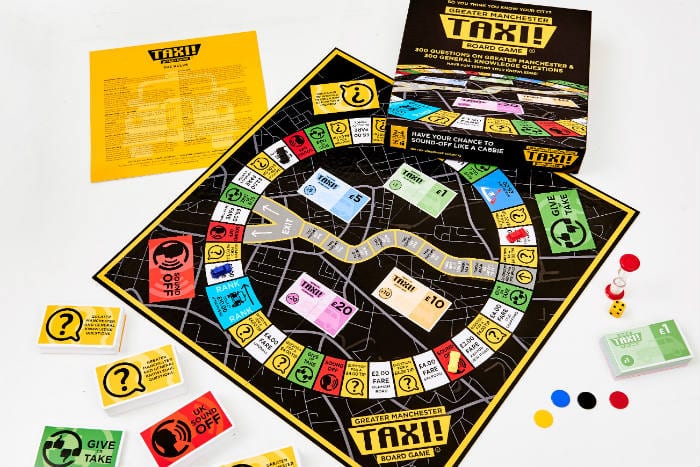 So, you think you know Greater Manchester? Or maybe just fancy yourself as a bit of a trivia buff?

With lockdown 2.0 now upon us for at least the next four weeks, and winter weather on its way, households will be looking for something new to relieve the boredom.

In 2020 the sales of board games has increased by 240% during the UK lockdown restrictions. We can only imagine that number will continue to rise given this time round we won’t have the glorious weather we did earlier in the year.

And also, let’s face it, who doesn’t love parading their superior knowledge over the rest of their household?

Well, now you can take a virtual taxi ride – and put your local knowledge to the test at the same time. 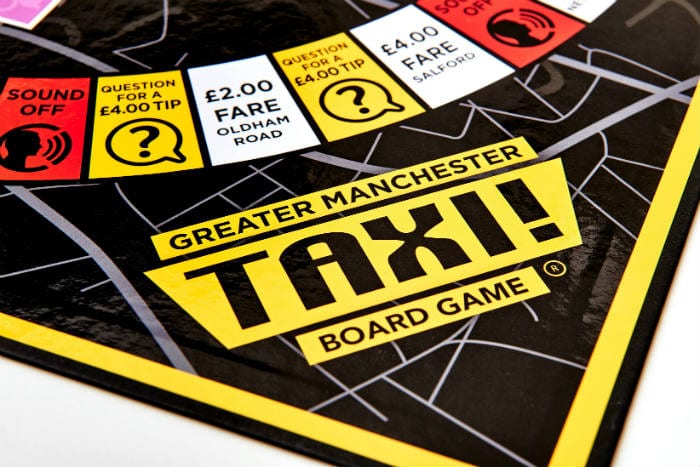 With 300 questions about Manchester’s famous people, music, events and sport and a further 300 general knowledge questions, The Greater Manchester Taxi Board Game is the must-have board game this Christmas.

Suitable for two to four players or teams, the idea is that you travel around the board, picking up passengers.

Expect to answer questions ranging from: ‘Prior to Metrolink, in what year did the last tram run in Manchester?’, right the way through to: ‘Guess who I had in my cab? Born in Tameside in 1942, he scored a hat-trick in the 1966 World Cup final’.

You’ll get a £4 tip if you know who opened a club named ‘Slack Alice’ on Bootle Street in the 1960s – or if you can name the ‘Acid House and Rave’ club founded by Factory Records boss Tony Wilson which opened in 1982.

You decide the duration of the taxi drivers ‘shift’ at the outset. Then the person with the most money at the end of the shift is the winner. 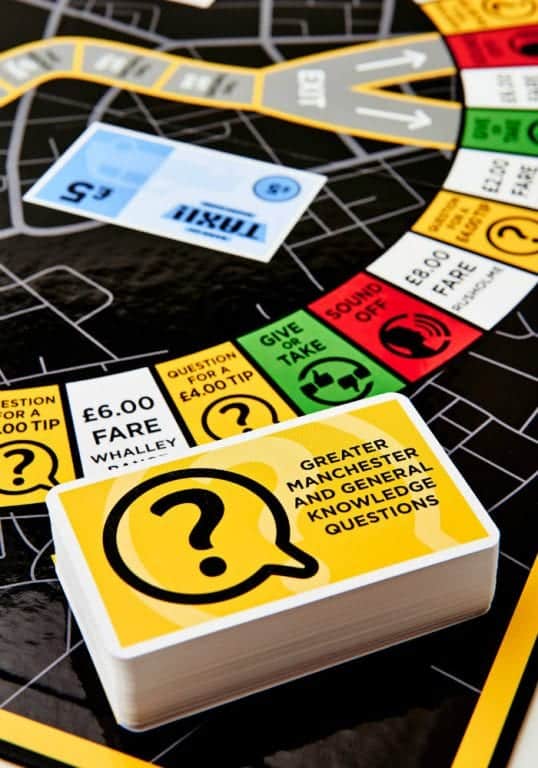 The original game was invented five years ago by former taxi driver Derek Carroll and is based on the real working life of a taxi driver.

He came up with the idea while sitting on the taxi rank one winter’s evening waiting on his next fare.

So the game’s got all the authentic touches, too.

We’ve all enjoyed a good natter to our cab driver, usually on the way home after a few beers.

Well get ready to perfect your cabbie talk with the ‘sound off’ feature, where you’re given a subject to talk about for 30 seconds with six key words that you have to cram in.

“The launch of the Manchester game marks an exciting milestone for us as we’ve continued to broaden our range of games,” says Gordon Drysdale, one of the company’s founding directors.

“As a result of the coronavirus lockdown, many people have gone back to basics, spending more time with their family and friends, and playing board games together has been a popular and fun past-time.”

Are you ready to join them – and see if you’ve got The Knowledge?

As an added incentive, I Love MCR readers can get a 10% discount plus free p&p when using the discount code ILM10 – just click the button below to order.