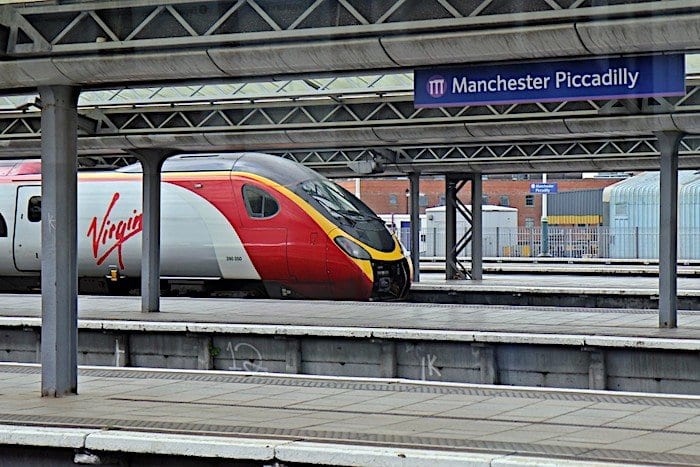 If you’re travelling from Manchester to London or Glasgow or Birmingham or anywhere on the West Coast main line any time soon, you might notice something different about your train.

Earlier this year, Virgin Trains lost the West Coast Main Line franchise to FirstGroup and Trenitalia. Now the new operators have announced that the new service, which starts on December 8th, will be called Avanti West Coast – avanti is Italian for forward.

Under the new deal, First Trenitalia has committed to delivering a range of passenger improvements including more trains, more seats, simplified fares and more frequent services.

Although the rolling stock and staff will be unchanged initially, the 56 Pendolino trains will eventually be completely refurbished with 25,000 brand new seats, more reliable Wi-Fi and improved catering.

It has promised that by 2022, there will be 263 more train services every week to more places and a fleet of new trains introduced.

Fares and ticket types will be simplified with mobile tickets and smartcards introduced. Stations will be improved with refreshed waiting rooms, better customer facilities, more car park spaces, and greater accessibility for those who need it.

Trenitalia is Italy’s main rail operator and one of the leading railway operators in Europe, with a presence also in France, Germany and Greece. It also runs the c2c franchise in the UK through its subsidiary Trenitalia UK.

The West Coast main line, which connects Manchester with London, Birmingham, Chester, North Wales and Scotland, has been run by Virgin Trains for the past 22 years and it hasn’t exactly been problem-free.

If First Trenitalia can get the service running anywhere near as well as the railways in Italy, things can only get better under Avanti West Coast. If not, at least the coffee should be better.