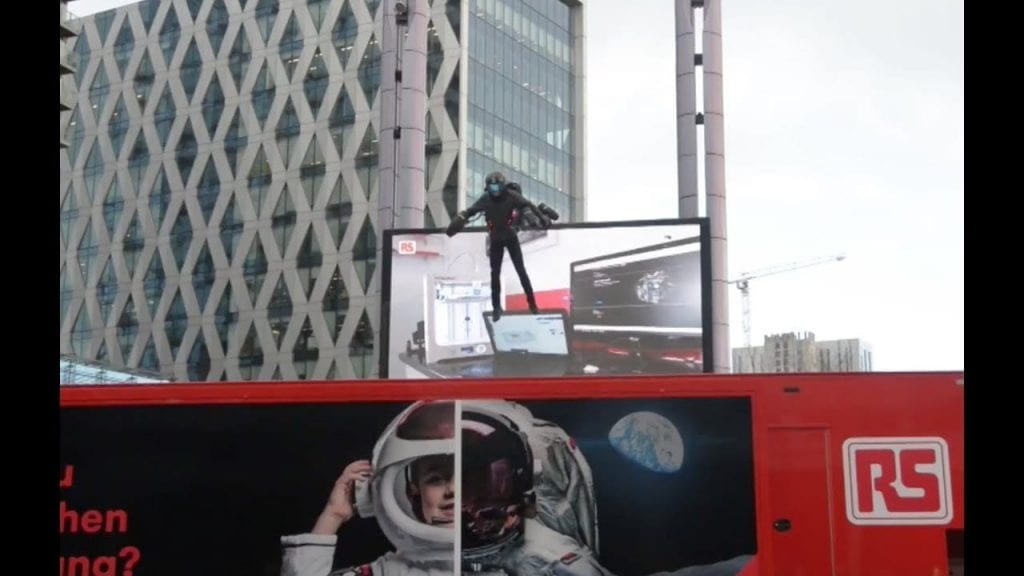 Richard Browning left people staring in awe at when he came to Media City on Friday to demonstrate his invention, Daedalus Mark 1.

The grafity-defying Iron Man suit can reach 32mph and has broken the Guinness world record for the fastest speed in a body-controlled jet engine power suit.

It’s made up of six kerosene-fuelled micro gas turbines and is solely controlled by body movements.

“This project started some time very early 2016,” he told me, “from a slightly crazy idea of how could you approach the challenge of human flight in a very different way by augmenting the way the human mind and body work, rather than putting the human in a flying machine.

“It got off in a very rapid way. We started exploring and we arrived in a place that we never really imagined we would.”

His passion for aerospace engineering comes from a general ambition of taking on challenges that seem impossible.

“There’s something really gratifying about going down a pathway that people think is impossible and then – it doesn’t happen often – getting to a point that no one imagined.”

“We went from the first jet engine on an arm as an experiment around February – March 2016 and then by November that year we actually managed to do the first flight. It was actually pretty rapid considering it was done alongside a day job as well.”

In April 2017, he founded Gravity, an inspirational technology company working to re-imagining the future of human flight and pioneer aeronautical innovation.

His invention, which has become popular across the UK, has also been well received all over the world:

“This is keeping us very busy at the moment. We now have 37 events lined up in 12 countries, we’ve got 30 people collaborating, we’ve got amazing new technology coming in, we have a Hollywood deal signed, we’re collaborating with military search and rescue.

“There’s a mountain of interesting things going on and underlying it all, this technology which we demonstrated today is just the beginning. There’s a load of other frontiers that we’ve now identified that we can progress with.”

One minute of flying takes four litres of fuel. So is this ever going to become an alternative to public transport?

“No, well I mean never say never. I shouldn’t say no straight out but as you can see it’s really visceral and loud and pretty inefficient but, hey, so was the first car.”