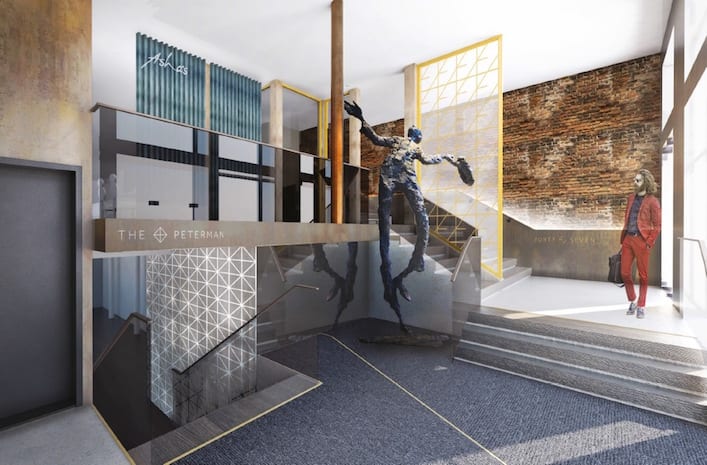 KRO Hospitality, which owns and operates Velvet Hotel & Bar and Mr White’s English
Chophouse, has purchased the freehold for 47 Peter Street and plans to transform the upper levels of the building into a high-end boutique hotel, with an opening date set for 2020.

On completion, swanky hotel Forty Seven will boast a total of 47 rooms and some of the biggest and most extravagant suites in Manchester.

An exclusive underground bar The Peterman will open beneath the restaurant, adding to the range of bars on Peter Street. 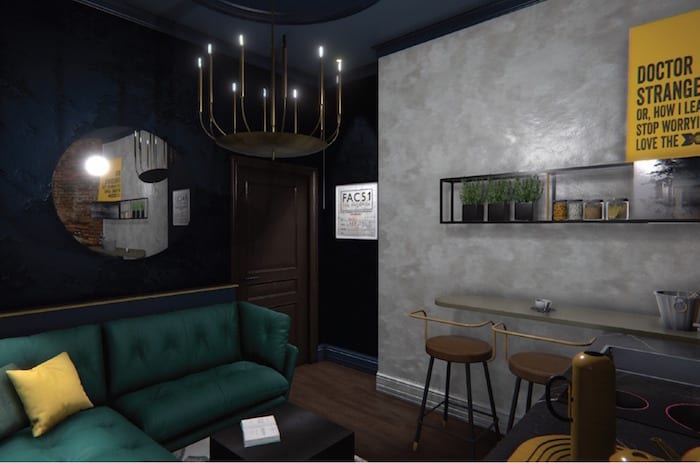 Plans include the construction of a modern two-storey glass extension on top of the historic Garde II listed building, contrasting old and new.

“Peter Street is the perfect location for our new hotel, and to restore such a stunning building will only enhance the area,” said Kim Eivind Krohn, owner of KRO Hospitality.

“We’ve been working with Historic England to try and make sure that everybody’s happy. We’ve kept the roof structure around the building to make it a feature of the bedrooms so that we don’t have to do any demolition or damage to the existing structure and then we’re putting a new modern box on top.

The hotel will feature some of the “largest and most lavish” suites in the city centre with accommodation ranging from deluxe rooms to luxury one and two-bedroom suites and self-serviced apartments catering to those looking for longer stays in the city.

It will also boast a club lounge on the 1st floor which will be open to guests and the general public for nibbles and drinks.

“We want it to be a place that people can come for pre-drinks, have some nice cocktails, head out towards down Peter Street but also to make sure that diners at Asha’s have got somewhere to go for a drink prior to dining.” 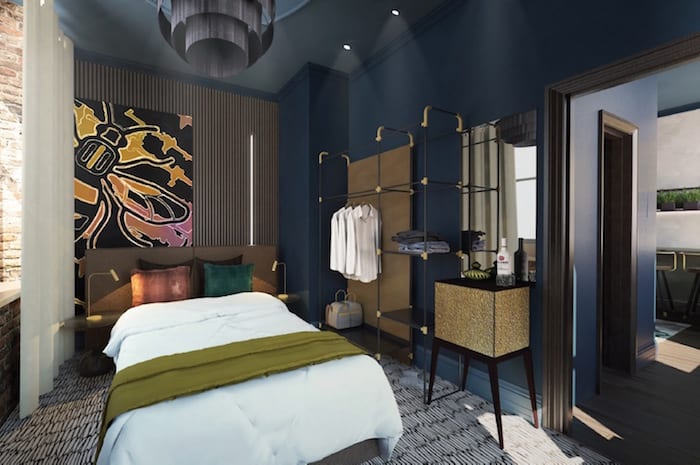 The first-floor lounge menu will focus mainly on cocktails which will be paired to complement the restaurant’s menu downstairs.

The hotel may well be called Forty Seven, but Asha’s will be at the heart and soul of it. Even the hotel’s room service menus will only serve Asha’s food. There will also be a nibbles food offering which will also be served to diners downstairs inspired by founder Asha Bhosle.

The voice of a thousand Bollywood movies, the world’s most prolific recording artist and the creative force behind the first global Indian restaurant chain flew in from India on Wednesday to meet with Kim Eivind Krohn and see the plans for herself.

Known for its glitzy Indian dining and cocktails, Asha’s restaurant opened its doors in Manchester in 2015 and has been featured in the Michelin Guide every year since. Last year, it was one of just 24 out of 2,000 restaurants in Manchester to be featured.

The Asha’s empire now spans 17 restaurants worldwide – with two more currently under construction in the GCC.

“We’re so excited to open here and particularly in this wonderful listed building,” an Asha’s spokesperson told us. “It’s just fantastic.”

“This [site] certainly is our flagship in terms of the design, and we’re very proud of this interior and we’re really happy that the hotel is going to be here. The building was derelict or bordering on derelict when we came in, so it was a significant investment in excess of 2 million pounds for the fit out.

“Looking at the hotel it’s going to be even greater than the restaurant in terms of the design so we’re really excited about it.”

The new luxury Peter Street Hotel will open in 2019 if approval is received from Manchester City Council.