As Television favourite Gino D'Acampo's restaurant Luciano launches their new Autumn and Winter Menu, we caught up with the main man to talk about his restaurant and Manchester’s food scene 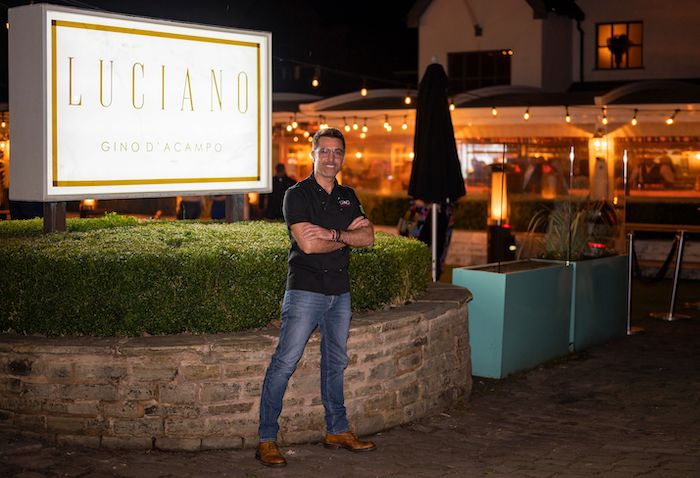 Luciano is set in leafy Alderley Edge, on the former site of the Piccolino restaurant.

Gino D’Acampo says the ethos of the restaurant is cooking the traditional way, but in a modern environment.

“If you like Italian food and you’ve been to Italy – and you want the same experience. This is the place to try.”

Luciano is named after Gino’s first son, and was launched back in January 2022. There is another Luciano at the five-star ME London Hotel in the heart of the West End last year.

I asked Gino what he thought of Manchester’s food scene.

He said: “I love the city of Manchester. I’ve loved it for years.

“It’s a cool city, the restaurant scene is cool. They have some great restaurants in the area.

“I think the overall scene is very good.

“If you take London out of the equation, Manchester’s up there with the best. I would disagree with anyone who said anything different.

And we can’t talk recently without addressing comments made by Ilkay Gundogan’s Wife, who slammed “horrible Manchester frozen food”.

“What the f**k does she know about food? Unless she’s got credentials, she’s talking out of her a**.

“It doesn’t matter what she said. I’m sure chefs in the area were pissed off.

“I think it’s a poor judgement, it’s too wide of a thing to say.

“Unless she was joking, and we all took her very serious. Always that chance!”

This week Luciano revealed their new lunch and early evening menu as the menu changes for the Winter months and we got an early look at their new offerings.

For starters we enjoyed a truffle arancine (£10.25), and a selection of artisan Italian cured Meats.

There was plenty to go around on these platters, which are designed for two to three people.

For the antipasti, I had: pumpkin and ricotta tortelloni served with sage butter and toasted pine nuts (£17) accompanied by a glass of Trebbiano D’abruzzo from Contesa, Abruzzo.

This was followed up by a sumptuous slow cooked beef with red wine and potato puree (£24). We accompanied the beef with a Merlot Monferrato Rosso Doc from Marchesi di Gresy, Piemonte.

To finish, we enjoyed a warm chocolate fondant served with pistachio ice cream.

The food was great, there was plenty of it to satisfy even the hungriest out there and the ingredients and quality of the food was clearly top drawer.

Talking about the food, Gino said:

“The new menu is a bit different. Now we’re focussed on the autumnal flavours. We change the way we cook for the Winter, the way we serve and the way we think.

“Spring/Summer you tend to have menus where the dishes are very colourful. We cook less and use fresh light ingredients.

“In the Autumn and Winter we tend to work harder on dishes, we cook them for longer you know the stews, the slow cooker stuff like that.

“The temperature changes dictate the changes in food.

“Here we try and keep the Italian recipes as authentic as possible, which actually, some people don’t like because they have had ‘different versions of say a carbonara, with ham or cream or whatever.

“Sometimes people complain, but I want to educate diners in the traditional Italian ways without sounding patronising.”

Luciano’s have launched a new set menu available from 12pm to 6pm every day.

This includes an aperitivi, an Italian pre-dining drink, with options including a Bellini, Aperol spritz, glass of Prosecco or elderflower and apple.

For the full menu and offerings please click here.