The troupe of four, all from the north west, are huge fans of the Girl Power band, and are named Spicealicious in their honour.

Having heard that some of the Spice Girls were staying at the five star Lowry Hotel over the weekend, they decided to patiently wait outside to spring a surprise and show off their brilliant routine performed to a megamix of Spice hits.

They had no luck on Friday, but returning again on Saturday, Geri emerged from the hotel and agreed to stop to watch the girls perform.

Demi Aughey, 13, from Eccles, Kaitlen Williams, 13, from Warrington, Macy Turner, 12, from Davyhulme and Zara Baptise, 10, from Altrincham then seized their moment to give their all with an incredible high-kicking, cart-wheeling and back-flipping high-energy routine.

Geri, 46, looked on proudly as the girls danced, surrounded by her own family and her two young children. And when the dance was finished she said to the girls: “I’m so proud, you’re amazing, well done,” before giving all the girls a big group hug. 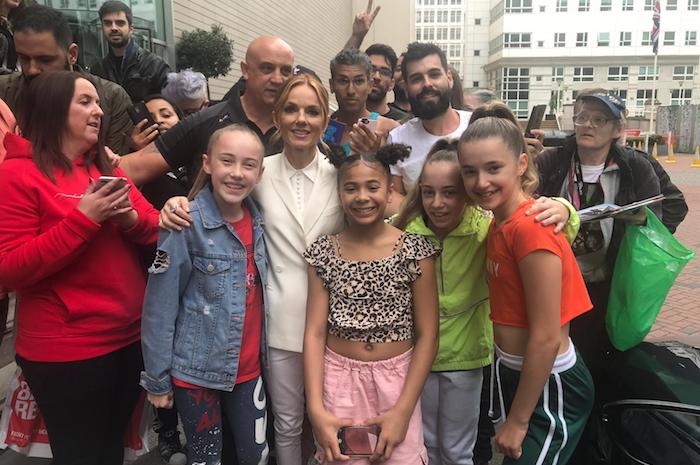 The girls then headed over to the Etihad Stadium where the Spice Girls played their final of three Manchester gigs on Saturday night.

Alas, the girls couldn’t afford tickets to go inside to watch the show, so instead made do with entertaining fans on the tram and outside the Etihad with their Spice Girls’ routines.

Demi’s mum Lisa said it was a magical moment for the girl group – although their big dream is to perform one day with the Spice Girls themselves.

Lisa said: “It all started off three months ago, they all dance together at the Aim Sky High Dance Company in Sale and they wanted to make a little girl group.  They all liked the Spice Girls and that’s how they became Spicealicious.

“They made a little video on Facebook and Instagram and because they were in Manchester at the weekend they asked ‘could we go and busk for them’. We just hung around waiting for them to come and when we saw Geri on the Saturday one of the mums went to ask if she would have a minute to watch their routine and she said yes.

“She told them they were amazing, and she seemed really touched by it to be honest, she watched with her own children, it was a lovely moment.”

The video of their dance to Geri has gone viral – and the girls even featured on Lorraine Kelly’s morning show on ITV on Monday.

Lisa said: “We keep getting messages from all over the world on their @Spiecaliciousofficial Facebook and Instagram accounts and people are tagging in The Spice Girls saying they must dance with the girls!

“We would love that to happen, that really would be a dream come true.” 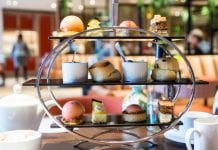 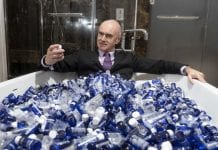