Argentinian steak restaurant Gaucho has this week exited administration – and the Manchester restaurant has launched a new menu as part of a new look for the brand.

Gaucho entered administration in July and closed its sister brand CAU amidst claims the group had run up debts of £65m. Early last month, the business was acquired by Lomo Bidco in a move that safeguarded 700 jobs and allowed the chain to continue trading, with administrators saying the Gaucho group was “profitable” and had a “strong underlying brand.”

Following the news that it has exited administration, Gaucho issued a statement saying it will embark on a new direction. They will “build on everything about the Gaucho heritage that is loved: modern Latin American food and drink, an exciting, internationally-appealing atmosphere and experiential style of service.”

The Manchester restaurant, which is set in an old Methodist church and boasts a beautiful art deco panelled ceiling, will still serve the Argentine classics popular with customers, but with the addition of several new dishes including some at a lower price point. 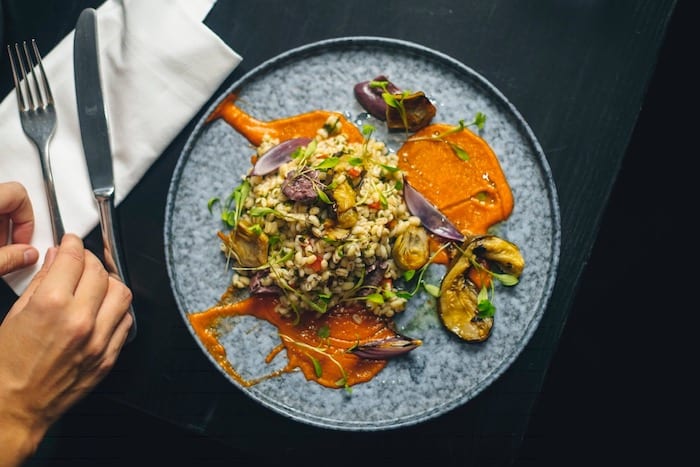 It’s a deliberate new direction for M Restaurants CEO Martin Williams, who estimated in a recent interview with CityAM that 90 per cent of diners at its 16 UK Gaucho restaurants eat steak. He wants to trim that number down to 70 per cent, and the restaurants are introducing a range of fish and vegetable based options to ease the transition. 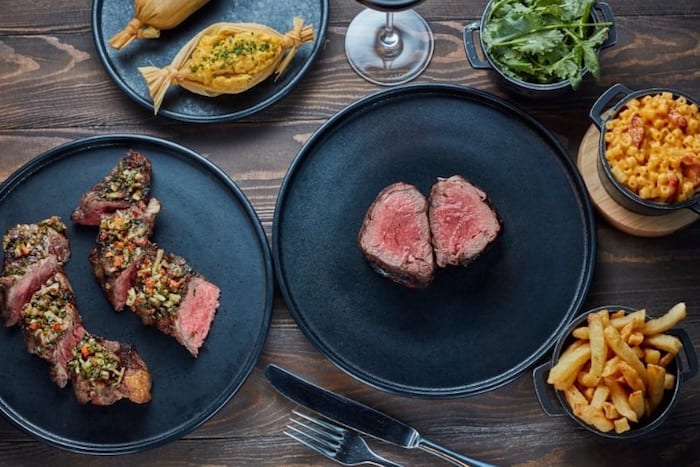 That’s not to say that steak isn’t still a big attraction for many Gaucho diners, though – and prices aren’t as steep as you might think. A 250g rump steak on the a la carte menu comes in at £16.95.

For daytime dining, a set menu served from 12pm – 7pm offers two courses for £20 and three courses for £23 and includes options such as baked provoleta cheese followed by 225g rump or sirloin steak served with chips or rocket and kale salad and your choice of peppercorn, mushroom, béarnaise, blue cheese hollandaise or red wine jus.

There’s poached salmon salad if you don’t fancy steak, or half a spatchcock chicken marinated in oregano, parsley and sherry vinegar, while desserts include cinnamon churros with sweet, caramelly dulce de leche. 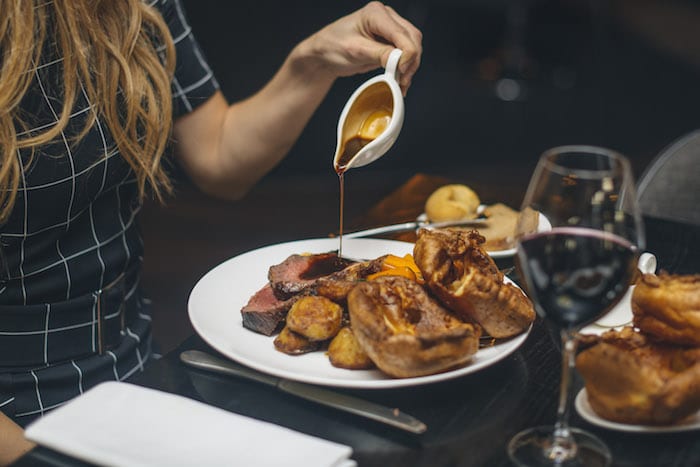 The Gaucho Sunday roast menu is also returning this weekend, and the restaurant aims to make future menus more tailored to a Manchester clientele, they say, rather than automatically rolling out the same offering and prices as the London restaurants.