Bryn Evans has been soaking up the Italian lifestyle...

After a few weeks away from the stoves, I’ve been getting married and touring Ireland, London, Pisa and Florence soaking up the Italian lifestyle via quite a few Chiantis and Limone crème!

The overwhelming landmarks of the once capital of Italy, Florence oozes warm, cosy hospitality. The history and culture of the Tuscan area is just beautiful and one particular fact that really interests me is their bread. Back in the day (c1700′s) Pisa blocked all deliveries of sodium into Florence for quite a few years, so much so that the tradition of bread making in all Tuscan bread recipes of having no salt remains to this day!

The blandness of the bread is unusual at first.. but with the great virgin oils it just fits the bill, it also has a wonderful texture [salt inhibits yeast slightly]. Aside from the pizza at every lunch session (some good, some were just awful) I have to recommend a pasta dish that the chef that La Parionne Restaurant made for me; fresh linguini with porcini mushrooms and local white summer truffle, it was €30 but it was well worth it (a few weeks ago I talked about having that perfect plate of food that stays with you forever… that was definitely one of them). 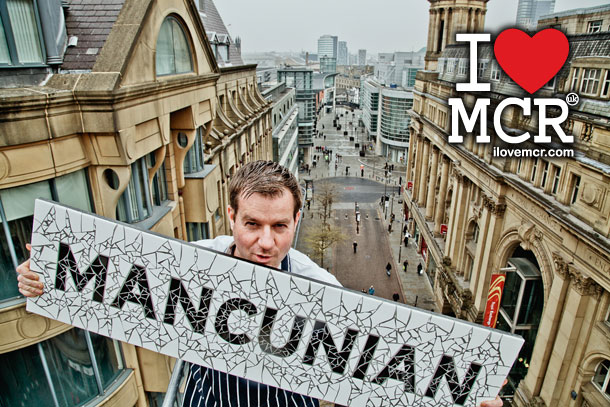 This week at ABode Manchester we’ve been negotiating all sorts of deals and events for you guys, there’s a ‘Hell’s Kitchen’ type charity thing thrown in and quite a funny scenario in which me and my great friend Andrew Nutter will be doing something hideous for charity… I’ll let you know about them nearer to the time.

I did promise a pizza recipe but to be honest, I didn’t really find a pizza that stood out, they’re so generic these days that only a few places in Italy do them really well. So, I want to give my Focaccia recipe. You can also use it for a pizza base if you wish. For this weeks shopping trip, you’re going to need:

Mix the flour, yeast, rosemary and water together by machine or hand for 10 minutes, then kneed the dough until its smooth. Now, find a tray that it will fit into and grease it with a little oil, roll the dough with a rolling pin to around an inch thick.

Brush lightly with some olive oil again and prove until the dough is at least 2″ thick. Poke your fingers into the dough carefully to make it look like a focaccia and drizzle over the oil and scatter the sea salt all over it.

Bake for about 25-35 minutes on 200 degrees and rest for another 15 minutes. For the pizza dough, make it the same way roll it very thin and you won’t need the oil.

Fishy business, my birthday and candy crush next week…