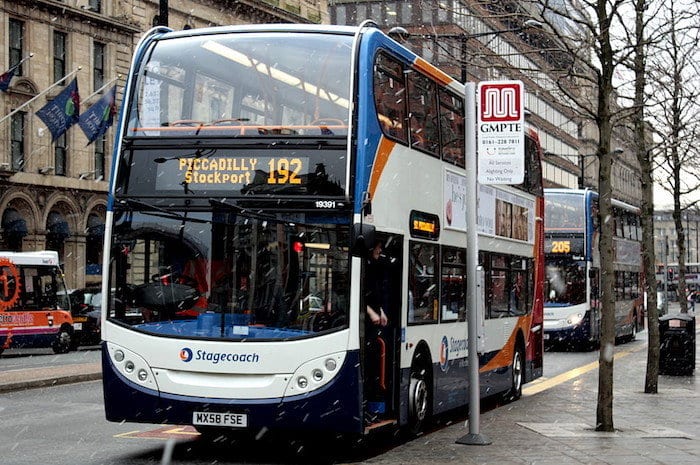 A new scheme offering free bus travel for Greater Manchester for 16 to 18 year olds came into operation this week amid claims that it could change the lives of young people.

Our Pass, the £9.3 million two-year pilot scheme largely funded from council tax but also sponsored by JD Sports, was officially launched at Manchester’s Bridgewater Hall in July when qualifying teens were invited to apply for passes for a one-off £10 registration fee.

An estimated 63,000 young people were eligible to register and make fare savings of up to £500 a year.

Our Pass, part of wider bus reform ambitions, is one of the pet schemes of Greater Manchester Mayor Andy Burnham, along with tackling rough sleeping, improving air quality and preserving green belt.

The former Labour Cabinet minister said at the launch: “I hope that Our Pass will change the lives of young people across Greater Manchester. For too long they have been Westminster’s target for cuts and negative publicity. In Greater Manchester we are using devolution to make young people our priority for investment.”

He added: “Our Pass is designed to send everyone growing up here a simple message – we believe in you and want you to have high ambitions for where you can go and what you can achieve.

“This amazing place is yours to explore, to shape and to build for the future.”

The Sunday Times recently ran a feature quoting young people in Greater Manchester as saying “hardly anyone gets the bus, it’s too expensive.” As a result many teens stay at home playing computer games.

That appears to be borne out by Transport for Greater Manchester figures showing that only 26 per cent of 16 to 18 year olds use the bus as their primary means of transport. Overall, within the metro county, there are 32 million fewer bus journeys than ten years ago.

Until the Our Pass scheme went live, a single bus journey in Greater Manchester could cost  up to £4. In London, by contrast, the “Hopper” fare allows unlimited bus journeys of up to one hour for £1.50 — any passenger, any age. Under 16s in London can travel on buses free of charge, while 16- to 17-year-olds pay half price.

Mr Burnham says young people have borne the brunt of cuts to a range of funding and faced steep university tuition fees.

He told the Sunday Times: “Where Westminster has made young people a target for cuts, we should turn that on its head and make them a priority for investment. For me, that’s how devolution is adding value. It is taking issues that Westminster has neglected, and coming up with innovative solutions.”

The paper suggested that the government saw the mayor’s policies in Manchester as a test case that could be rolled out across the country.

It reported that Mr Burnham had been granted a private audience with Boris Johnson when the prime minister visited Manchester for his first speech outside London. Mr Johnson promised to work with him on his plans to “deliver a London-style bus system”.

“If you’re a young kid in a deprived town with intermittent transport and you can’t get to the places where the jobs are, then you won’t have the opportunities you deserve,” Mr Johnson said.

Our Pass can be used seven days a week and has no time restrictions for bus travel. Transport for Greater Manchester bosses say that the travel cards – a UK first – “will not just make getting to school, college, work or training easier, but also going out with friends and exploring Greater Manchester.”