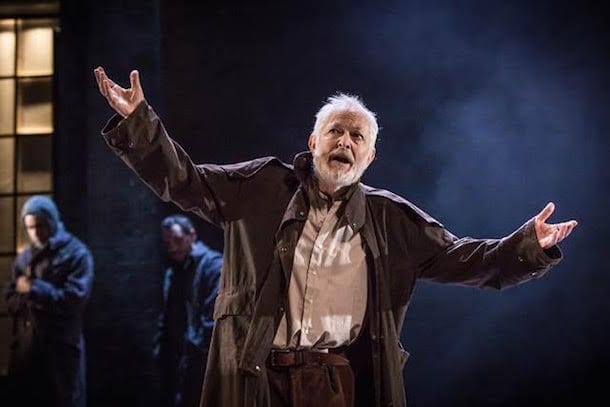 Acclaimed Shakespearean actor Michael Pennington takes the title role in a new production of King Lear at the Opera House next month.

He played the role of Lear to great acclaim at the Shakespeare Center New York in 2014. This new production will see him play the role in the UK for the first time.

Shakespeare’s epic tragedy, thought by many to be Shakespeare’s greatest work, tells the story of how an ageing tyrant’s decision to divide his kingdom tears his family apart, sparks catastrophic civil war and destroys all that he has.

Driven from his home, King Lear endures madness and great suffering as he battles a great storm. Yet with madness he finds reason, after betrayal he discovers loyalty, and through his suffering a better world emerges.

Michael says the play is “a modern morality tale whose themes are as relevant today as when the play was written. Whether you’ve seen the play many times or never, we can promise you a terrific evening.”

The production has received rave reviews with The Reviews Hub calling it “a pinnacle of a wonderful career on the stage” and What’s on Stage calling it “a majestic success.

Director Max Webster said: “In the year that marks the 400th anniversary of Shakespeare’s death, it’s thrilling to be directing one of his greatest tragedies, and to be working with Michael who is one of the most respected Shakespearean actors of our time.”