Football: Manchester is Red. Or is it Blue?

The statistics speak for themselves. 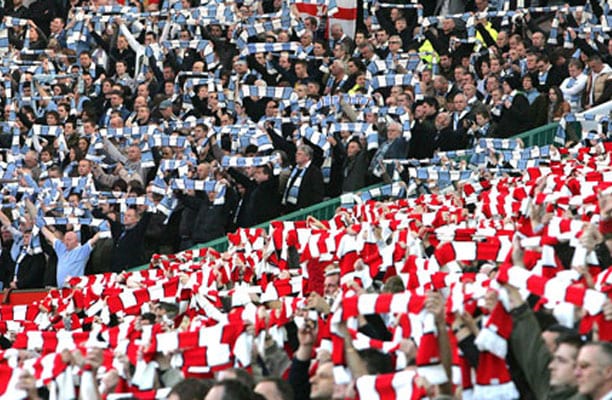 It’s Derby Day on Sunday, in case you hadn’t noticed. When it comes to football, there’s no disputing who’s on top. The statistics speak for themselves. The teams have met 169 times in all competitions, with 70 United victories to City’s 49.

What is less clear cut, and the subject of endless debate, is whether more Mancunians support United or City.

“is Manchester
Red or is it
Blue? There’s
only one way
to find out…”

So is Manchester Red or is it Blue? There’s only one way to find out. No, not the Harry Hill way. By taking to the streets of Manchester city centre and asking people who they support. So with the Derby just a few days away, we did just that.

We chose Wednesday 21st October to do our market research. This was not the best choice because a) it was the first rainy day in Manchester for nearly three weeks and b) we overlooked the fact that City were at home to Seville so we were prepared that this might skew the results in their favour.

To ensure fair play and no interference from biased members of the I Love Manchester team (but mainly because it was throwing it down and we didn’t fancy getting wet), we hired two Salford University students, Jess and Zeta, to do the market research for us while we took shelter from the rain and monitored their progress via text message from the comfort of The Crafty Pig on Oldham Street.

The girls took to the streets of the city centre at 11am and finished just after 3pm with an hour for lunch. They asked passersby three simple questions and made a note of their postcodes:

Do you live in Manchester?

Which team do you support?

The results were as follows. Of the 357 people who took part and who supported either United or City, 65% were Reds and 35% were Blues – almost exactly the same result as when we conducted the same market research a couple of years ago.

It may not be the most scientific study but taken in conjunction with other findings, anecdotal and otherwise, (Man United fans don’t come from Manchester and other myths), it suggests that, according to the best available evidence, Manchester is Red by a factor of almost two to one.

Thanks to Jess and Zeta and to the people took part. 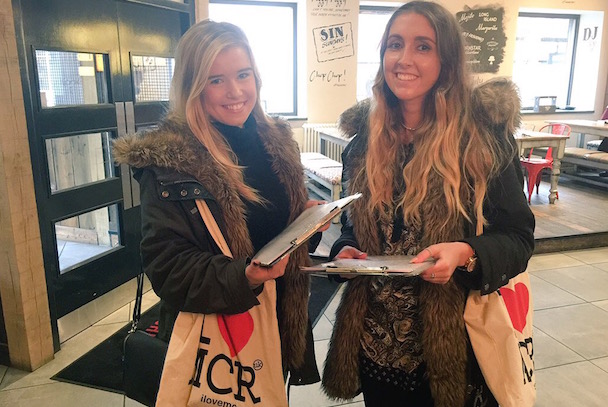