Five quirky exhibitions worth checking out in Manchester this summer 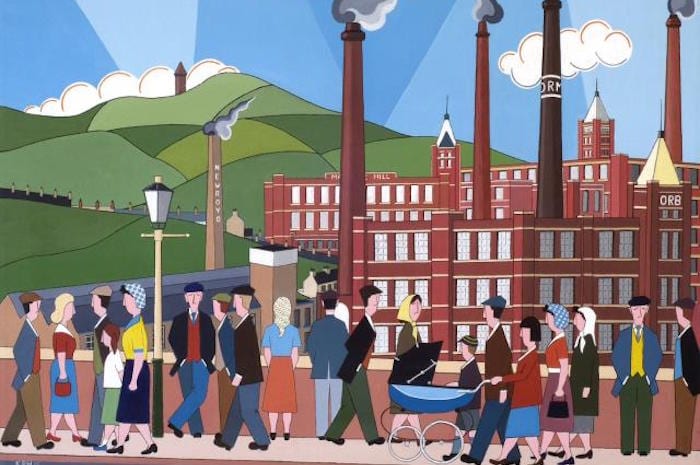 Want a different taste of Manchester culture? Here are five exhibitions which celebrate the grittiness which makes this city great. Rather than dusty displays, these are interactive exhibits which pull you into Mancunian life and history. The city’s music and art exposed as you’ve never seen it before.

It’s 40 years since The Sex Pistols gigged at The Lesser Free Trade Hall, a performance which is said to have inspired the likes of Joy Division, Buzzcocks, and Factory Records. This exhibition is about another force behind Manchester’s punk and post-punk scene – Rabid Records. Find out more about the label set up by Tosh Ryan, Bruce Mitchell and producer Martin Hamnett (the man behind the cold, industrial mood of Joy Division’s music) which began as flyposting and turned into a label turning out punk records. The exhibition lasts for four weeks with an accompanying gig on July 2 at The Deaf Institute featuring The Drones and Ed Banger & The Nosebleeds. An event which draws attention to an uncovered area in Manchester music.
HAVAS building, 52 Princess Street, Monday to Friday, 9am to 6pm

2. Summertime at the Artzu Gallery

Art which captures people and places in Manchester in an inventive way is on display at this quirky Old Granada Studios Gallery in the coming months. Andrew Hunt, who was recently commissioned to produce three life-size paintings of the main cast of the BBC hit series Peaky Blinders, brings some amazing portraits to start. Then you can see Manchester’s own Northern Quarter in the atmospheric work of Matt Wilde who even incorporates newspapers and train tickets in his art! Tim Garner is another artist on display, combining painting and photography, whilst Chris Acheson depicts the everyday world of Manchester’s streets in ultra-fine detail. Cutting edge artists at home in Manchester.
Artzu Gallery, Quay St, Manchester M3 4PR

Explore the history of cotton and steel manufacture from a completely new angle at a new exhibition at Salford Museum & Art Gallery. Two artists – Kevin Haynes and David Watson – bring their experience of working in industry to life, in two very different painting styles. The painters explore the industry of cotton manufacture in Manchester and Oldham, and the steel industry of Teeside through their work and experiences working in industry. Oldham-born Haynes’s style is colourful and naïve, drawing on his fondness for his childhood and his later working career in northern cotton towns. His engineering background gives his work a precise style. This is a great chance to see industrial heritage with a human face and an opportunity to meet the artists themselves in a special Q&A on September 24. 9 July until 9 October.
Salford Museum and Art Gallery, Peel Park, Crescent, Salford M5 4WU

4. How austerity has affected families in Manchester

5. Manchester, so much to answer for

Some of Manchester’s most famous music photographs of all time (including that famous shot of the Salford Lads Club) in Future Artists’ brand new Kickstarter-funded gallery quirky gallery.  2,000sq ft of musical archive split between two floors focusing on the 1980s, with many previously unseen shots from renowned music photographer Lawrence Watson. Located just a stone’s throw from Deansgate on Chapel Street, it’s a multimedia experience well worth a visit. Photographs include Morrissey, Ian Brown, Oasis and more, some previously unseen, and there is also a replica 1980s music lover’s bedroom, where you are encouraged to feel right at home!
Future Artists, 81-83 Chapel Street, Salford M3 5DF