The consultation, which runs until 7pm at the Royal Exchange Theatre, is being held to drive public support for the modified plans to develop the city centre.

In fact, residents have already successfully secured many of the sites historical features, including retaining the Sir Ralph Abercromby pub, retaining the former Bootle Street Police Station as well as getting the partnership to agree to building a single tower, rather than the twin towers envisaged in the original proposal.

The St Michael’s Partnership also claims that the scheme keeps faith with partners’ ambition to create a high quality, international-standard signature scheme. It includes plans for a new synagogue and the creation of a new public square outside the Sir Ralph Abercromby pub. 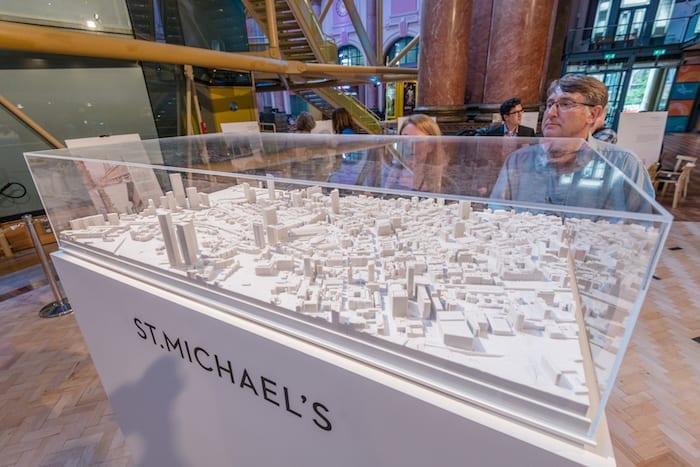 Public outcry meant that the original scheme was halted by the partnership. However, at the first consultation in July, more than 400 people visited the exhibition with only around 10 percent opposing it.

The rooftop on the scheme’s smaller office building will also have 25,000 square feet of outdoor food and drink outlets with a separate entrance accessible to the public from the ground floor.

“This scheme has attracted national interest as well as passionate views in the Manchester community,” said Gary Neville. “We promised to present the tower and rooftop designs to seek responses before we submit the final plan for consent, and so we’re delighted to reveal them now. 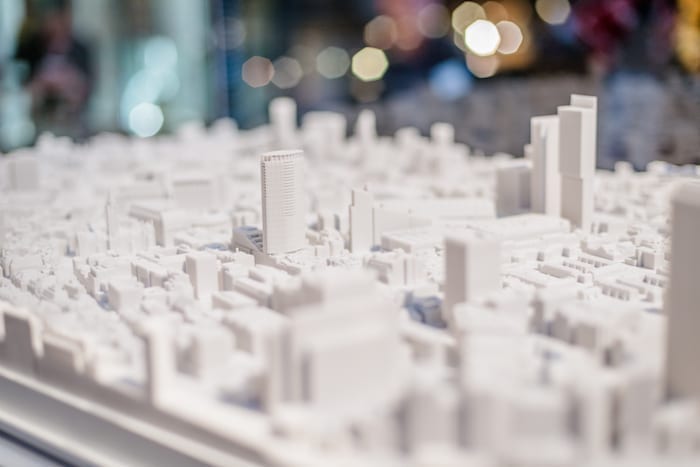 “We were encouraged by the generally positive response to July’s consultation and by calls from certain quarters to be bold in our ambition and create something remarkable on the city’s skyline.”

St Michael’s will create nearly 1,500 jobs – around 1,100 associated with the proposed offices, 200 with the hotel and 180 with the retail/leisure units, with a further 270 employed during the construction process.

Final plans will be submitted in September, making this the last chance to raise objections or provide feedback to the St Michael’s team.

Members of the public are invited to view the new designs at the Royal Exchange Theatre, Manchester from 11am-7pm on Wednesday August 23. Details of the plans can also be found on the development’s website.

Anyone who wishes to provide their feedback on the plans can email enquiries@st-michaels.com or call a dedicated Freephone information line on 0800 032 5725.