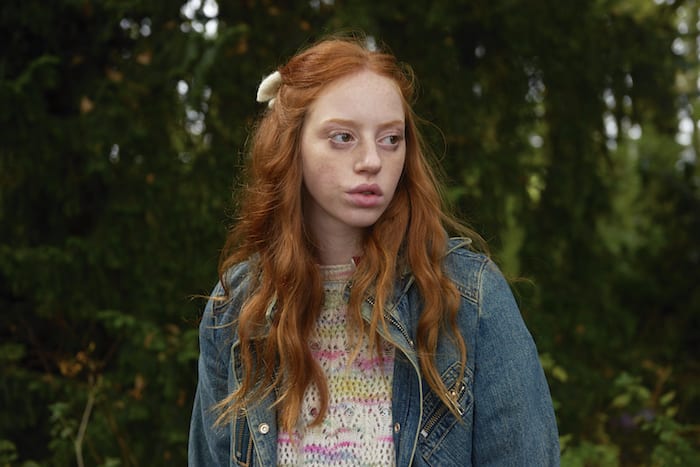 An unsettling mix of child-like fantasy and bullying, the film subverts the usual coming-of-age tropes to increasingly disturbing effect.

Scanlan (The Thick of It) stars as eccentric single mum Lyn, who has an inseparable relationship with her shy, lonely teenage daughter Iona (Newmark). Frequently dressed in bright, woolly clothes, the pair sleep in the same bed and refer to each other as Dafty One and Dafty Two. 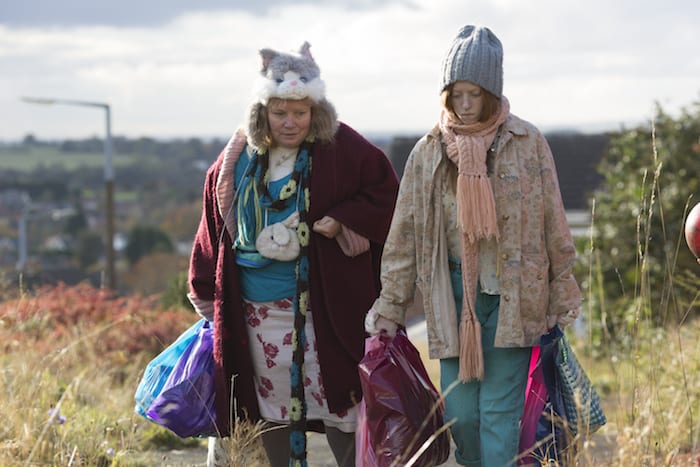 However, when they move to a small Derbyshire town, Iona attends a new school and begins to pull away from Lyn, as she meets sweet-natured Daz (Loris Scarpa) and falls in with a mean-girl clique lead by duplicitous Keeley (Sacha Cordy-Nice).

Meanwhile, things go from bad to worse for Lyn as she finds herself rejected from a local knitting-themed women’s friendship group (by Peep Show‘s Issy Suttie, no less) and gets exploited by callous neighbour Belinda (Chanel Creswell), who borrows her ladder and doesn’t give it back.

At first glance, Pin Cushion presents itself as almost unbearably twee indie fare, with its quirky central characters, its oh-so-eccentric aesthetic (their house is filled with chintzy knick-knacks) and its frequent flights of fairy-tale fantasy, such as Iona’s repeated daydream in which her real mother is an air hostess (an inspired cameo by former Girl Aloud Nadine Coyle). 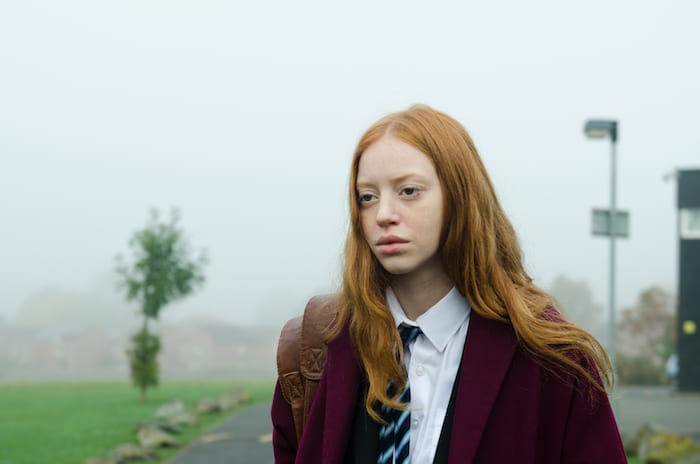 However, it soon becomes clear that the film has a much darker undercurrent, as evidenced by the lies that both Lyn and Iona tell each other about how well their days went.

Thematically, the film has a powerful message about bullying. Lyn desperately hopes that her daughter can escape the social exclusion and ridicule that dogged her own teenage years, so it’s doubly heart-breaking to see that Lyn herself is still bullied and targeted in her adult life.

To that end, there’s an intensity and a level of tension to the bullying sequences that brings to mind both Brian De Palma’s Carrie and Todd Solondz’ Welcome to the Dollhouse. 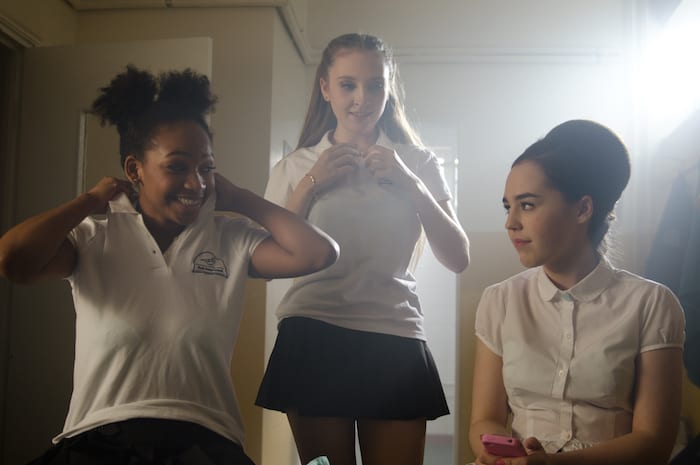 Scanlan is one of our most accomplished British character actors, so it’s a rare treat to see her handed a lead role and she duly delivers an exceptional performance.

Her heartfelt portrayal of Lyn is simultaneously wrenching and pitiful, yet laced with tension. You’re constantly on edge, waiting for her to crack and fearful of the consequences if should that happen.

Newmark is equally good in her auspicious screen debut, seeding gawky vulnerability with hidden reserves of strength, yet still retaining enough naivete that you share Lyn’s concerns for her.

By turns charming, disturbing and heart-breaking, this is an accomplished indie debut that announces both writer-director Deborah Haywood and star Lily Newmark as serious talents to watch.

Pin Cushion is screening 13th-26th July at HOME with the support of Birds Eye View’s Reclaim the Frame campaign to promote work by female filmmakers.