FIFA 19 review: it all kicked off when we asked students to play a Manchester derby 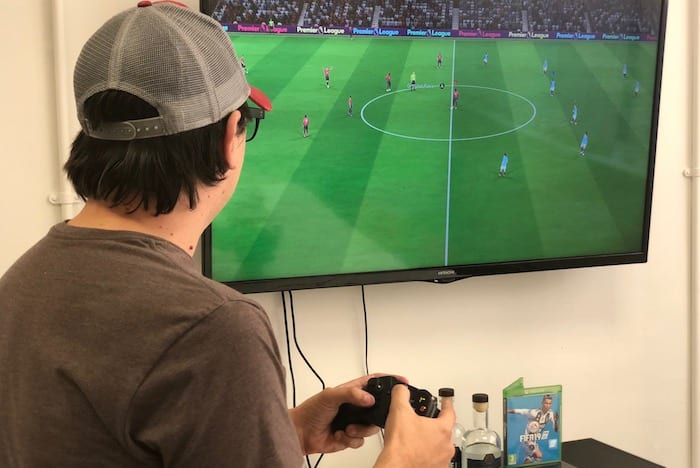 Not many games can generate as much hype as the annual release of the new FIFA title.

Autumn is well underway which means Manchester Arndale and intu Trafford Centre will soon be teaming up with FIFA fans dying to get their grubby hands on the new release. FIFA Friday will see queues deep with those who have been keen – and wise – enough to reserve a copy of FIFA 19 for either Xbox or Playstation.

EA Sports are releasing another game full of ‘improved’ and winning features. But is it really better than FIFA 18? We offered two lucky students the opportunity to have a nosey before it comes out.

Gameplay first reaction: ‘it seems slower and more sluggish’ compared to the previous title. And not just when Phil Jones has the ball.

Our Manc students soon realised that, because of the amount of new mechanics, it’s a good idea to keep the trainer mode switched on for the first few games, even if it’s just for shooting. Because it’s ‘proper hard to shoot’, never mind score.

What the game calls timed finishing is a new way to shoot that increases your chances of scoring – as long as you get it right. Get it wrong and you’re more likely to spoon it well wide. It’s pretty easy to grasp but hard to master: press shoot once to wind up your shot and a second time to unleash it. It also obviously depends on the player in position.

Pogba (player rating 88) and Aguero (player rating 90) have the best shooting abilities in the Manchester derby. Luckily it’s an optional feature that you don’t have to use. But be warned; those who master it will be lethal. Especially those kids online who know every trick in the book.

While the game has become strict on shooting, it makes up for with its lenience on heading. Just get a long ball or cross – even an early ball – into the mix and it’s near impossible not to get a foot on the end of it. It’s probably the easiest way to score. Possibly the only way to score.

Conclusion: nobody got hurt. It’s always nice to see the new team strips and latest player transfers and we’re sure the graphics and mannerisms are more realistic.

However, it’s going to take a lot of patience and practice even for those world class FIFA 18 players to master the amount of FIFA 19 tactical variations. Especially shooting. And only once you’ve mastered will you know if it’s better than the previous title.

Some players, like Marcus Rashford (81) and Gabriel Jesus (83), deserve higher player ratings. Rightfully, though, Kevin De Bruyne (91) and David De Gea (91) are up there as two of the best players on the game.

Have fun and remember: it’s just a game. 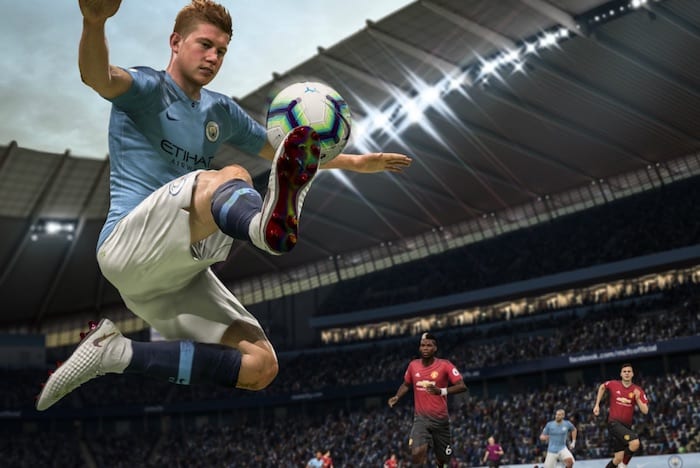 Jose Mourhino has sought to bridge the gap by bringing in new recruits such as £52 million midfielder Fred (player rating 82) from Shakhtar Donetsk, as well as young full-back Diogo Dalot (player rating 72) from Porto.

No team in the world can boast a squad like Manchester City’s with two players for every position after nearly £1 billion spent on players in a decade.