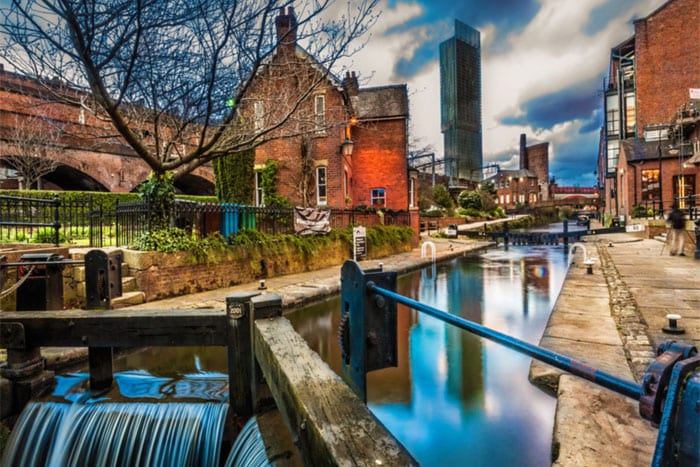 Manchester may be the second most visited city in England after London, but it’s not a big player with tourists from the United States.

After the capital, they tend to gravitate towards more obviously historic places like Oxford, Bath, York, Chester and Stratford-upon-Avon.

A feature in The New York Post which praises the ‘eclectic charms of England’s most resilient city’ could change that.

Writer David Whitley pays Manchester a massive compliment in the wake of the terror bombing of the Arena and the city’s magnificent demonstration of solidarity in response.

Describing the city as ‘feisty, passionate and brimming with spirit’, he declares that the capital of northern England is not a place that you can keep down for long. Its proud heritage, industrious creativity and ‘distinctively experimental sense of cool’ will always burst through.

Urging New Yorkers to board the direct Virgin Atlantic flight from JFK to Manchester – from $740 for the round trip – to feel the vibe for themselves, Whitley calls Mancunians ‘a warm and witty bunch’ whose home city is ‘a fascinating, relentlessly enjoyable place in which to cultivate the resilience we all need right now.’

He sets out six good reasons to visit Manchester: football; industrial heritage; eating out; pubs and bars; Manc music and hotels with their own histories to tell.

Manchester’s strongest suit, according to Whitley, is not on a typical olde England sightseer’s wish list, though he pays tribute to the handsome redbrick cotton mills and warehouses which still dot the centre, now converted into ‘mini malls’, offices and apartments.

Industrial heritage takes centre stage with the ‘enormous’ Museum of Science and Industry housing the city’s gifts to the world – from cotton to computers.

MoSI’s ‘spiritual twin’, the People’s History Museum, he says, concentrates on the political upheaval that came with the Industrial Revolution, focusing on campaigns for the right to vote, better working conditions and the trade union movement in the context of British and international democracy.

‘Indisputably one of the world’s great soccer hotbeds’, says Whitley, Manchester – as we all know, but New Yorkers probably don’t – boasts a drinking soul which lies in its ‘fantastic old pubs’.

He describes the Northern Quarter as Manchester’s ‘gleefully inventive, fiercely independent and eternally lively neighbourhood” and lauds The Smiths, Joy Division, Oasis and Stone Roses as ‘acts that launched in the city’.