If you’ve loved scaring yourself silly watching The Haunting of Hill House on Netflix, you’ll be pleased to know you can experience your very own haunted house – if you dare.

Ordsall Hall might be in the middle of a housing estate in Salford, but you’re transported to another world the moment you open the gate and find yourself staring down the tree-lined path towards the incredibly old building.

It might be beautiful, but even during daylight hours there’s something a little ominous about it. It’s no surprise the Hall’s often listed as one of the country’s spookiest landmarks. 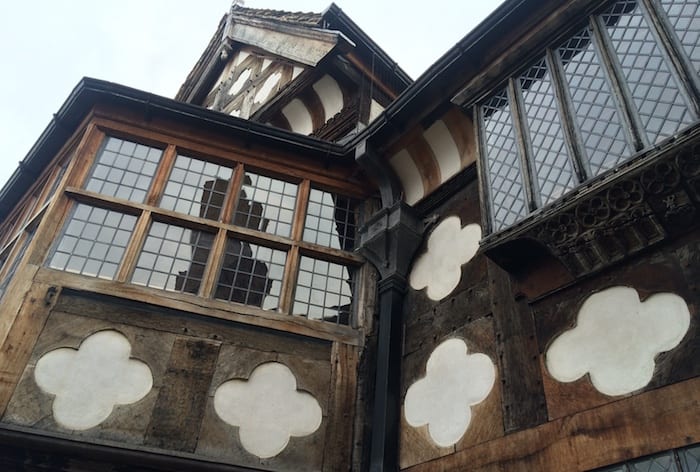 “Parts of it date back to the 1340s and it’s amazing because it’s stood the test of time; two world wars, the peasants’ revolt and the Industrial Revolution literally going on around it. Despite all that, it’s still here,” says Caroline Storr who’s worked at the Hall for five years.

“It’s been lived in by lots of different characters. For 300 years it was the home of Radclyffes. It’s been a Victorian working men’s club, a job centre for the homeless in the 1920s and rumour has it a bomb detection centre in the 1940s. In many ways you can see why it’s haunted because so many people have lived within its walls over 800 years.”

She reveals there have been numerous run-ins with the Hall’s permanent residents.

“We have one ghost believed to be John Radclyffe who was lord of the manor for a long time. He’s a bit cheeky and pinches ladies’ bottoms,” says Caroline, who was sceptical until it happened to her a year ago. “I looked around and no-one was there.” 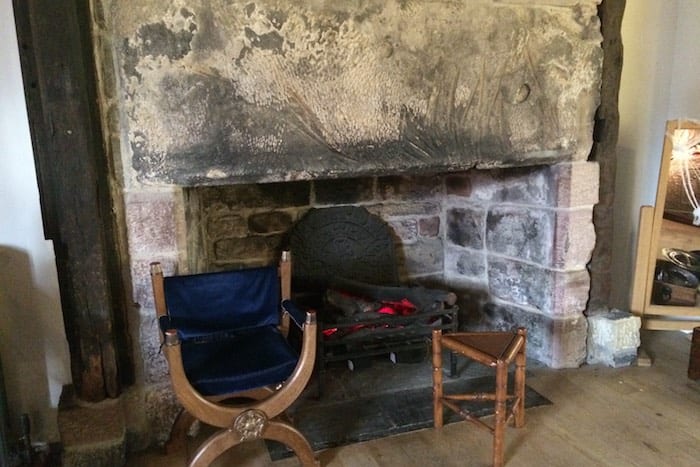 One of the friendliest ghosts is said to be Cecily, a young girl who lived in the Hall around 400 years ago.

“She’s often associated with a smell of lavender and roses that moves and I’ve smelt her,” says Caroline.

“We have quite a few ghosts of children interestingly, including a girl called Emily who runs up and down the steps in the Great Hall. She usually appears to children who’ll say they’ve been playing with someone.” 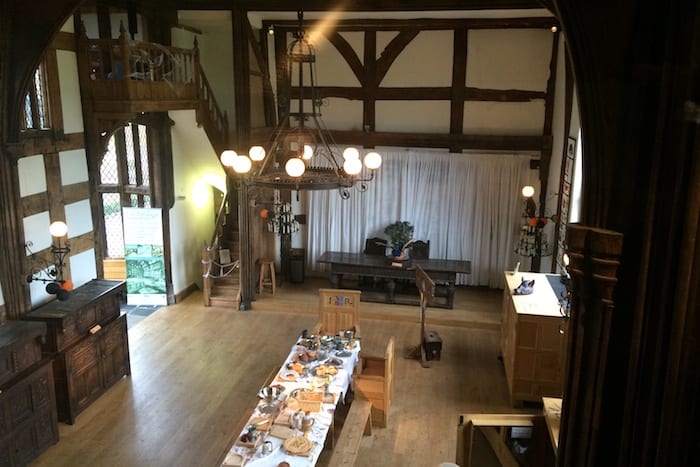 There have been other strange occurrences, too. Some people have asked how they can access the Plaster Ceiling Room as they’ve seen figures through the glass door – even though it’s permanently locked.

Others have felt stomach cramps and a hot sensation on their neck while touring the attic, which was only opened to the public after the Hall’s recent restoration.

The Star Chamber is another hotspot, and even has a ghostcam in it that people can look at online. 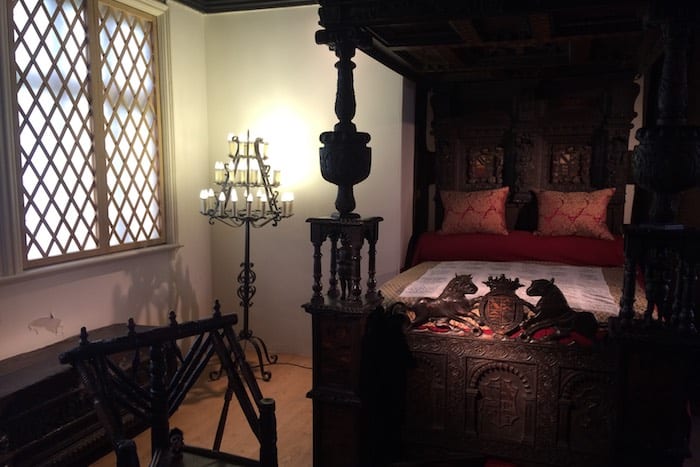 “You’ll get stools moving, sometimes things are flung about. I was once in there with someone and holding a pad and pen. I looked down and in massive writing, which wasn’t mine, was the word ‘beware’,” says Caroline.

“There’s also been a lot of activity around the bed, including streaks of white light and tapping beneath it, although I’ve never heard that myself.”

Nor has she seen the Hall’s most famous ghost, the White Lady. Some people believe her to be the ghost of Margaret Radclyffe, a favourite lady-in-waiting of Elizabeth I who starved herself to death following news of her brother’s passing.

Another tale is she’s a jilted bride who ran from the church, which once stood in the grounds, into the Great Hall and threw herself off the Minstrels Gallery. 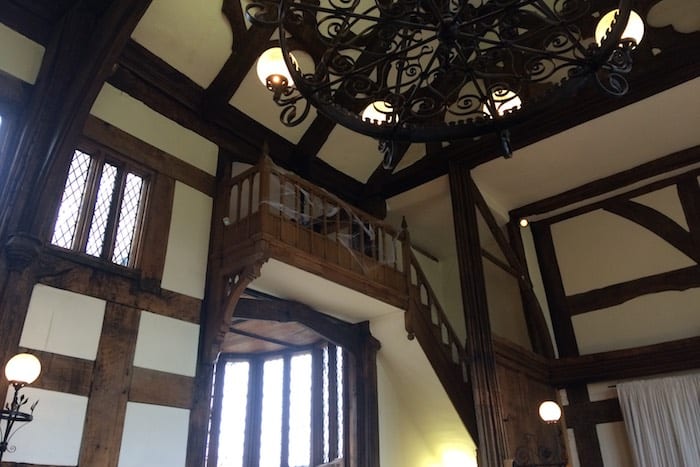 With all these stories and strange goings-on, it’s little wonder Caroline’s doesn’t like locking up by herself at the end of the day.

“I just feel I know a bit too much and don’t want to know anymore because it freaks me out a bit,” she says. “It just unnerves me. I think there are a lot more stories to be revealed here because people see different things all the time.”

Although the Hall usually closes at 4pm, events are held throughout the year where you can pay to stay overnight in the pitch-black. But on Halloween, people can buy tickets and take part in the Paranormal Study: In Search of the Anomalous between 8pm and 11pm. 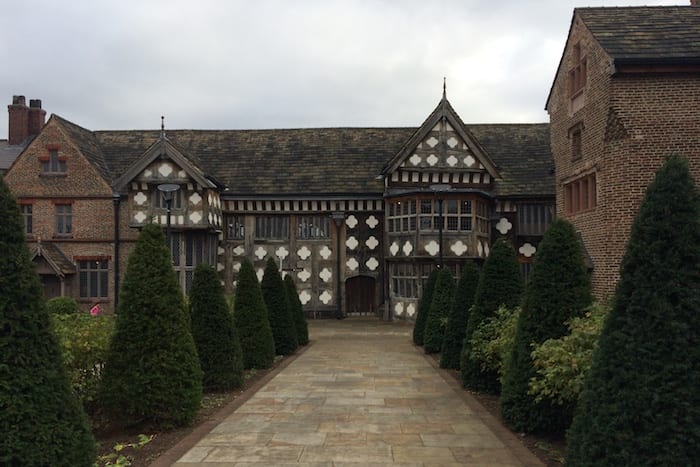 “It’s a fun exploration of an old building that happens to have some history attached to it,” says Dr Ken Drinkwater, a senior lecturer and researcher in the psychology department at Manchester Metropolitan University.

Although he’s “fascinated by what makes people feel or see something,” he’s not a believer as such.

“I’m a compassionate sceptic. I like to believe there are other things, but I’ve never experienced it myself. But to say these things don’t exist is a massive mistake.”

On the night, people will be given a map of locations and asked to wander around in small groups before filling in a questionnaire about anything they might have felt, sensed or noticed.

“It’s really about how spaces make you feel differently, how we process our environment and internalise information,” says Ken.

“It’s a fun event for people just to encounter the building and see if they feel anything. It’s not like we’re going to have people jumping out scaring everyone to death.”

That might be true but, on this occasion, it’s probably not the living you need to be concerned about.